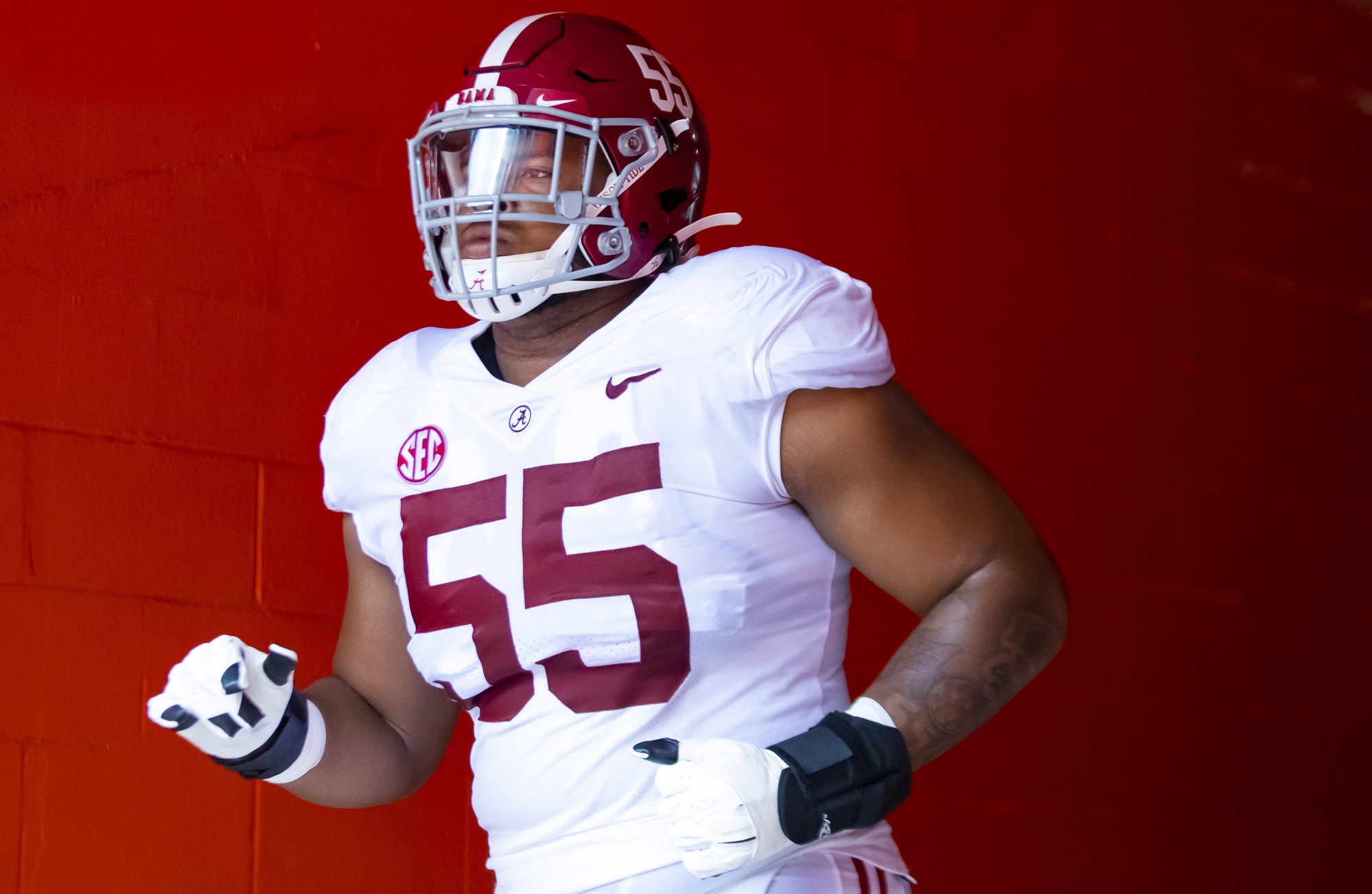 Why Emil Ekiyor Jr. Deserved To Be In TDN100

At The Draft Network, we just finished up our latest edition of the TDN100, ranking the top 100 NFL draft prospects in December. This process involves all of the scouts submitting their individual ranking ballots. Naturally, we don’t all agree on all of the NFL draft rankings, but there was one name in particular that I was surprised missed the top 100 that I wanted to highlight as a player that everyone should take notice of: Alabama interior offensive lineman Emil Ekiyor Jr.

Ekiyor is a multi-year starter for the Crimson Tide that has been a key piece to their effectiveness offensively and has been battle-tested in the SEC. He provided pass protection and dominant run blocking for the past three years for the Crimson Tide. Ekiyor is a sturdy but athletic offensive lineman that has showcased to be a high-IQ football player. He has good feet, can move laterally, and shows to have the strength to take on powerful interior defensive linemen.

By this point in the NFL draft process, word is starting to spread that this class is not as talented at the top as many people thought it could be at positions like quarterback or wide receiver. But I believe the same issues apply to the offensive line position.  Outside of about three offensive linemen, (Peter Skoronski, Andrew Vorhees, Paris Johnson Jr.), this offensive line class is wide open for many players to elevate their draft stock and be one of those tier-two offensive linemen. Ekiyor has a clear path to be one of those players.

Fortunately for Ekiyor, there are many data points for him to elevate his draft stock. Ekiyor has committed to the Senior Bowl, where there will be hundreds of NFL personnel and media members in attendance. It should be the perfect platform for him to showcase his talent. Last year, guys like Zion Johnson and Ed Ingram took advantage of the Senior Bowl stage to elevate their draft stock—Johnson became a first-round pick and Ingram was a second-round pick.

The last reason I believe Ekiyor is a top-100 player is simply the demand. All across the NFL, we have seen some pretty bad NFL football offensively and the foundation of the bad football is bad offensive line play. With this being the problem, I believe that there will be many NFL teams looking to upgrade their offensive line via the draft. This will result in many offensive linemen being moved up boards. Ekiyor’s combination of talent and experience will be very attractive to NFL teams.

Overall, I feel that Emil Ekiyor Jr. is a talented player that, if history is an indicator, will continue to elevate his draft stock. So if your team needs an interior offensive lineman, this is a guy to watch closely in the coming months.