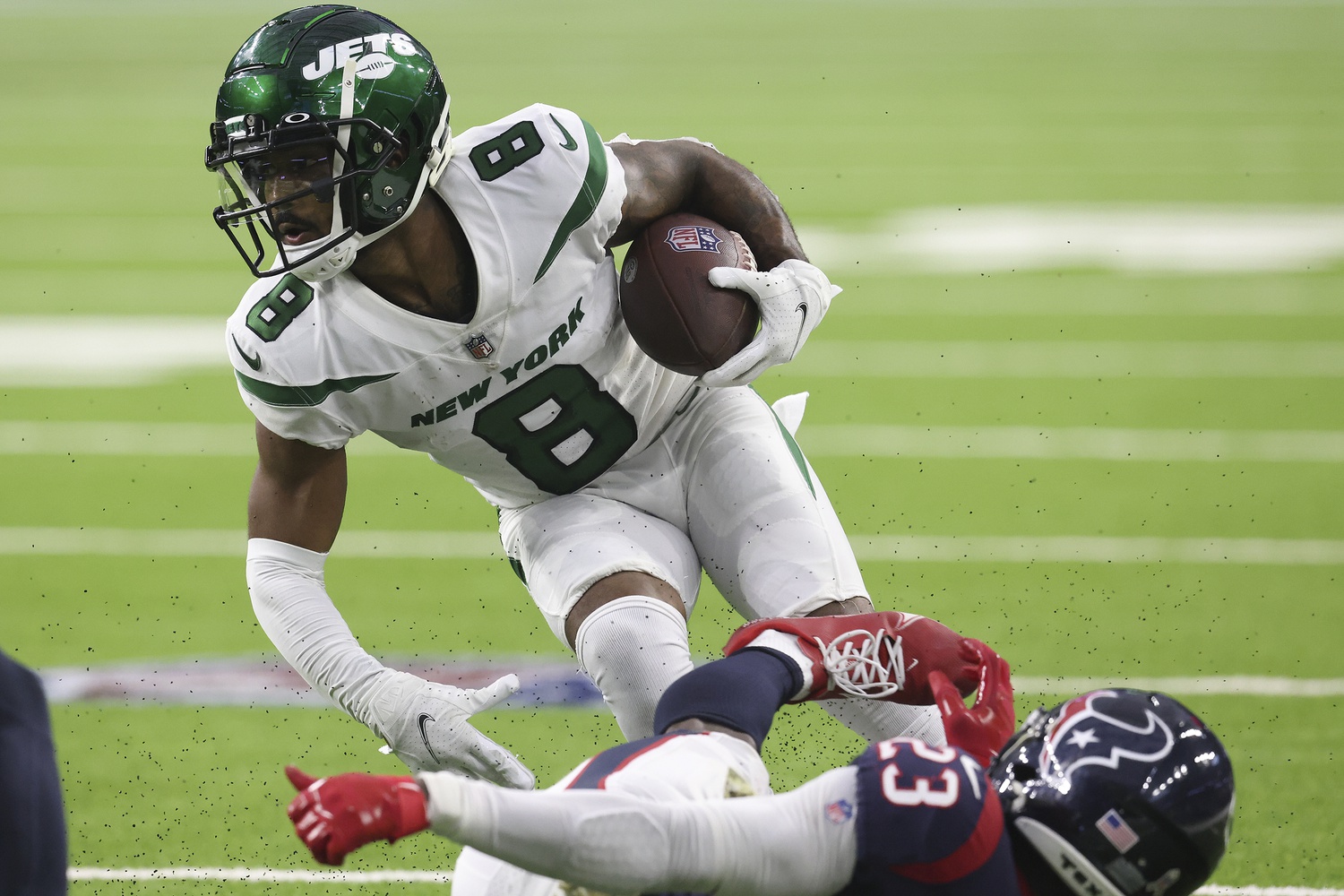 Why Jets’ Elijah Moore Is Poised For Breakout 2022 Season

Despite appearing in just 11 games last fall, wide receiver Elijah Moore was everything, and then some, for the New York Jets. As expectations slowly begin to expand for New York, a slew of breakout candidates has made their way out of the woodwork. While it’s easy to label quarterback Zach Wilson as a premier candidate, or former top-five pick Quinnen Williams, my focus returns to Moore, who checks all the boxes of an elite perimeter target for the Jets both now and in the long-term future.

The leader among all New York pass-catchers in targets (77), receiving yards (538), and touchdowns (5) last season, it’s hard not to be optimistic about Moore’s potential production within a full 17-game slate. Working in tandem with Wilson, the Jets’ No. 2 overall pick in 2021, Moore improved as the season wore on. While injuries ultimately hampered his ability to compete at full strength, his increased understanding of defensive schemes and opposing corners’ tendencies allowed him to evolve on the outside.

After failing to total more than 50 receiving yards in the first month and a half of the year, Week 6 saw things start to click for the versatile wideout. By no means was it a “breakout” day, but 67 yards hauling in all six of his targets was a starting point for Moore, and, furthermore, fueled his final handful of games prior to ending up on the shelf with a nagging quad injury. 84 yards on seven receptions against the Indianapolis Colts, an outstanding eight-catch, 141-yard day against Miami, and a 12-target, 77-yard finale against the Eagles rounded out his rookie campaign and has raised a banner of optimism toward his potential production this fall.

As Wilson goes, the Jets will follow, and his continued progression under center will remain paramount to the overall scope of both Moore and New York. However, with eyes focused on Corey Davis, sparkling new addition Garrett Wilson, and tight ends Tyler Conklin and C.J. Uzomah, the opportunity for Moore to face increased one-on-one matchups on the outside should allow his game to blossom into the talent both Head Coach Robert Saleh and General Manager Joe Douglas believe he can become.

While more than 70% of his snaps came on the outside last season—and despite his smaller, 5-foot-10 frame—Moore has the ability to win wherever he’s aligned. With more weapons around him and continued rapport with Wilson, he should lead the way through the air this fall as Wilson’s de facto target hog.

Increased health welcomes more snaps, and with more experience under fire ultimately comes with more targets. For Elijah Moore, an early day-two pick with an exhaustingly deep bag of traits—I expect him to thrive this fall.