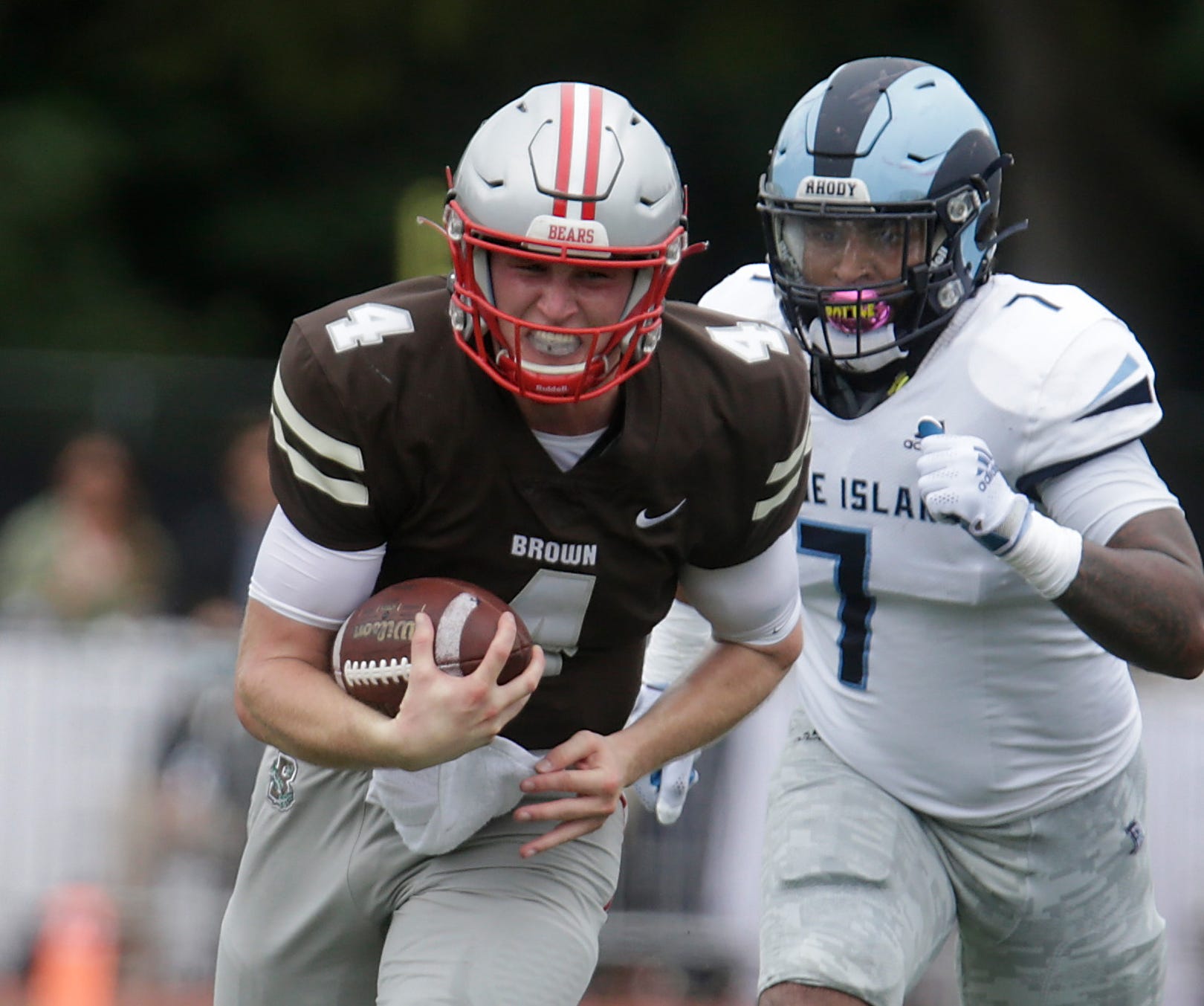 Who Is EJ Perry?

Several quarterbacks in the Shrine Bowl have quite a bit to prove and have flown under the radar for the most part. But perhaps none of them are as unknown as EJ Perry of Brown. Regardless of talent level, it’s quite common for players to be overlooked because of the level of competition they play against or the conference they play within. Perry is one of the best players to come through the small university and he’s set a good foundation for himself that has largely gone unnoticed. Having a chance like this one to participate in a showcase event and to get in front of scouts while playing alongside players with more notoriety is huge for him and could boost his stock in a major way should he perform well on the stage. Perry is a quarterback who can both throw the ball and use his athleticism to his advantage—he can do things with his legs, maneuvers the pocket well, has NFL-level arm strength, and throws with touch. In the 2021 season, Perry completed 66.5% of his passes for 3,034 yards with 23 touchdowns and 14 interceptions, also with seven rushing touchdowns. One NFL scout, according to The Boston Globe, compared Perry to Washington Football Team quarterback Taylor Heinecke because of the “magician-like qualities” he possesses in his game. “He’s fun to watch,” the scout said. “I could see some NFL coaches falling in love with the way E.J. plays the game and taking a shot on him in the mid-to-late rounds." https://twitter.com/ericgalko/status/1461394405215068161?s=21 All of that checks out well with his numbers and some of his good traits that several people have rightfully taken notice of. However, the touchdown-to-interception ratio is a bit concerning and one of his primary focuses in the Shrine Bowl should be not putting passes in harm’s way and taking good care of the football overall. Interceptions were an issue for him in 2019 as well—the last season he played before the 2021 campaign—when he completed 59.9% of his passes for 2,938 yards with 22 touchdowns and 13 interceptions. If Perry is selected in the draft in April, he will be the first player out of Brown to be drafted in more than 10 years. If he throws a pass in the NFL, he’ll be the first quarterback from the school to ever do it. Perry is still a developmental prospect, but there are a lot of things about him that make you think he could end up being one of those unlikely players who somehow emerge—much like Taylor Heinicke—and he’s got a wide range of qualities in his toolbox that should make him appealing to several NFL teams.