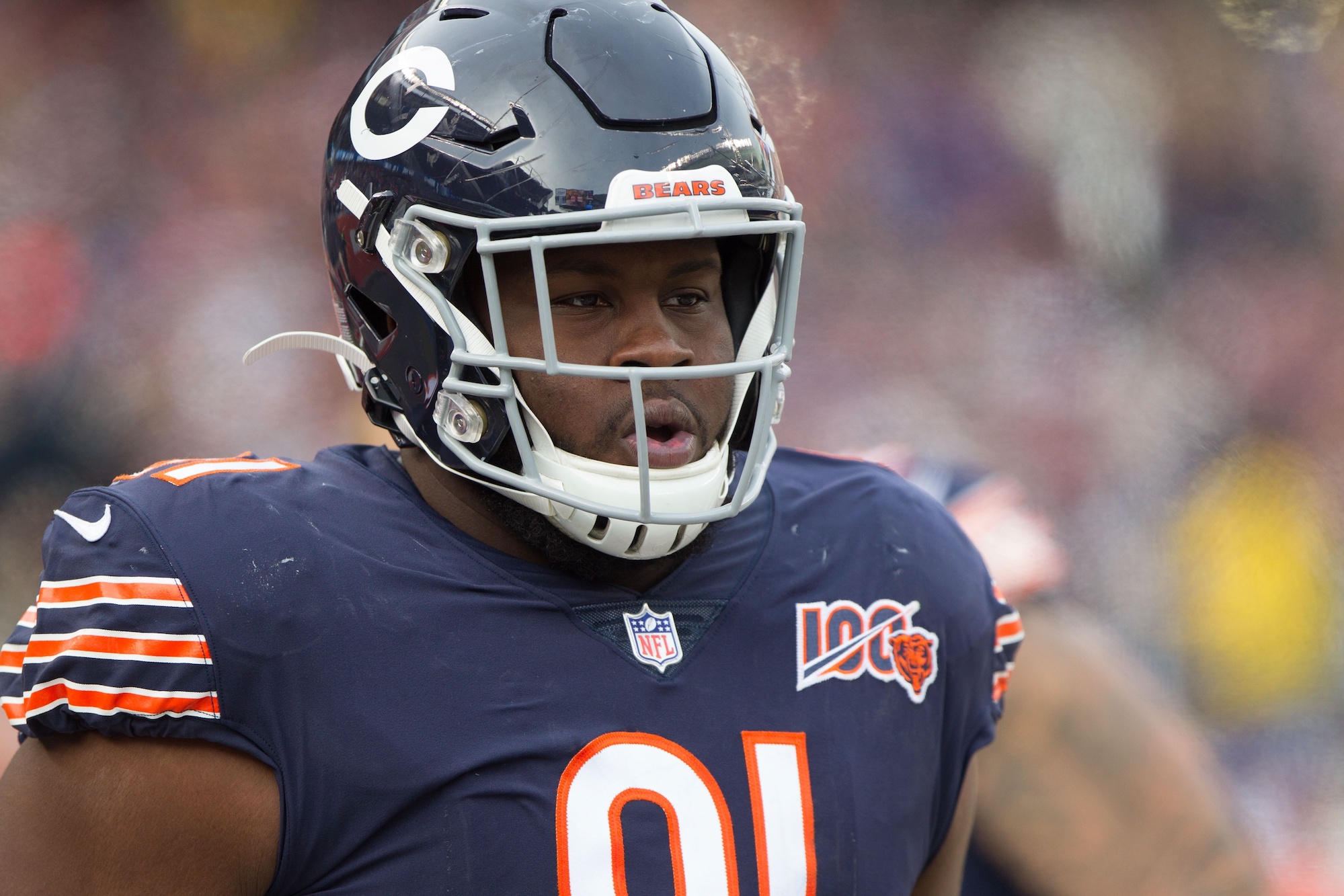 The Atlanta Falcons signed free-agent nose tackle Eddie Goldman to a one-year contract on Wednesday. Goldman had previously spent his entire six-year career as a member of the Chicago Bears after entering the league as a second-round selection out of Florida State in the 2015 NFL Draft.

The 6-foot-3, 325-pound Goldman now carries the potential to enjoy a bounce-back campaign in 2022. Once considered one of the league’s most impressive ascending defensive linemen, Goldman opted out of the 2020 season due to the COVID-19 pandemic. Goldman’s return to the Bears in 2021 was expected to provide a struggling Chicago team with a much-needed boost, but the former No. 39 overall selection failed to live up to his previous form while going from starter to rotational player. Goldman earned an overall grade of 39.8 from Pro Football Focus, which easily qualified as the worst mark of his career.

Goldman was excellent for the Bears in 2018 and 2019, having initially lived up to a four-year contract extension worth $42 million with $25 million guaranteed signed prior to the start of the 2018 campaign. Across those two seasons, Goldman appeared in all 32 regular-season contests, totaling 69 tackles, seven tackles for loss, five quarterback hits, and 4.0 sacks while stuffing the run at an elite rate. Goldman was selected as a Pro Bowl alternate in 2019.

It’s clear that spending a year away on the sidelines negatively impacted Goldman’s overall effectiveness. With some experience back under his belt, Goldman could reach the heights in Atlanta he was previously known for in Chicago.

Goldman will receive an opportunity to flourish while playing alongside elite defensive tackle Grady Jarrett and a veteran defensive coordinator in Dean Pees that understands how to utilize his abilities. Jarrett’s presence will free up Goldman to receive the desired one-vs-one opportunities on a snap-by-snap basis. In addition to currently coaching Jarrett, Pees has previously coached big-bodied defensive line talents such as Vince Wilfork, Haloti Ngata, Jeffery Simmons, Jurrell Casey, and DaQuan Jones, to name a few. Pees is the correct coach to help get Goldman’s career back on track.

In Atlanta, Goldman will likely battle for reps at nose tackle alongside the likes of Marlon Davidson and Anthony Rush. We love Goldman’s chances of winning that competition. Goldman could serve as Atlanta’s run-stuffing nose tackle while also offering more upside as a pass rusher than the other contenders. The Falcons are looking for improvement in the latter department after recording a league-low 18.0 sacks last season. Goldman, who has 13.0 career sacks, could provide secondary pass-rushing help while thriving next to Jarrett.

Atlanta’s front seven is going through a transition. General manager Terry Fontenot drafted three front-seven defenders in Arnold Ebiketie, DeAngelo Malone, and Troy Andersen in the 2022 NFL Draft. All three players will need time to acclimate to the next level. Signing defenders like Goldman will buy these types the time and patience they deserve to develop, even if they don’t necessarily play the same position.

Goldman becomes the sixth former Bear to sign with the Falcons this offseason. Former Bears General Manager Ryan Pace now serves as a senior personnel executive in Atlanta and is quickly flexing his influence on Atlanta’s developing roster. Pace originally drafted Goldman and the two have now reunited in the NFC South.

With Matt Ryan no longer in Atlanta, one can argue that the Falcons have officially begun their rebuild. Veteran talents such as Goldman help bridge the gap for in-transition franchises. Goldman’s upside means he possesses a terrific chance to outperform his contract while helping the Falcons remain competitive in 2022. On the player side, Atlanta should provide an environment (and snaps) that allows Goldman to recapture his previous form before he hits the open market again in 2023. It’s a win-win partnership for all involved.