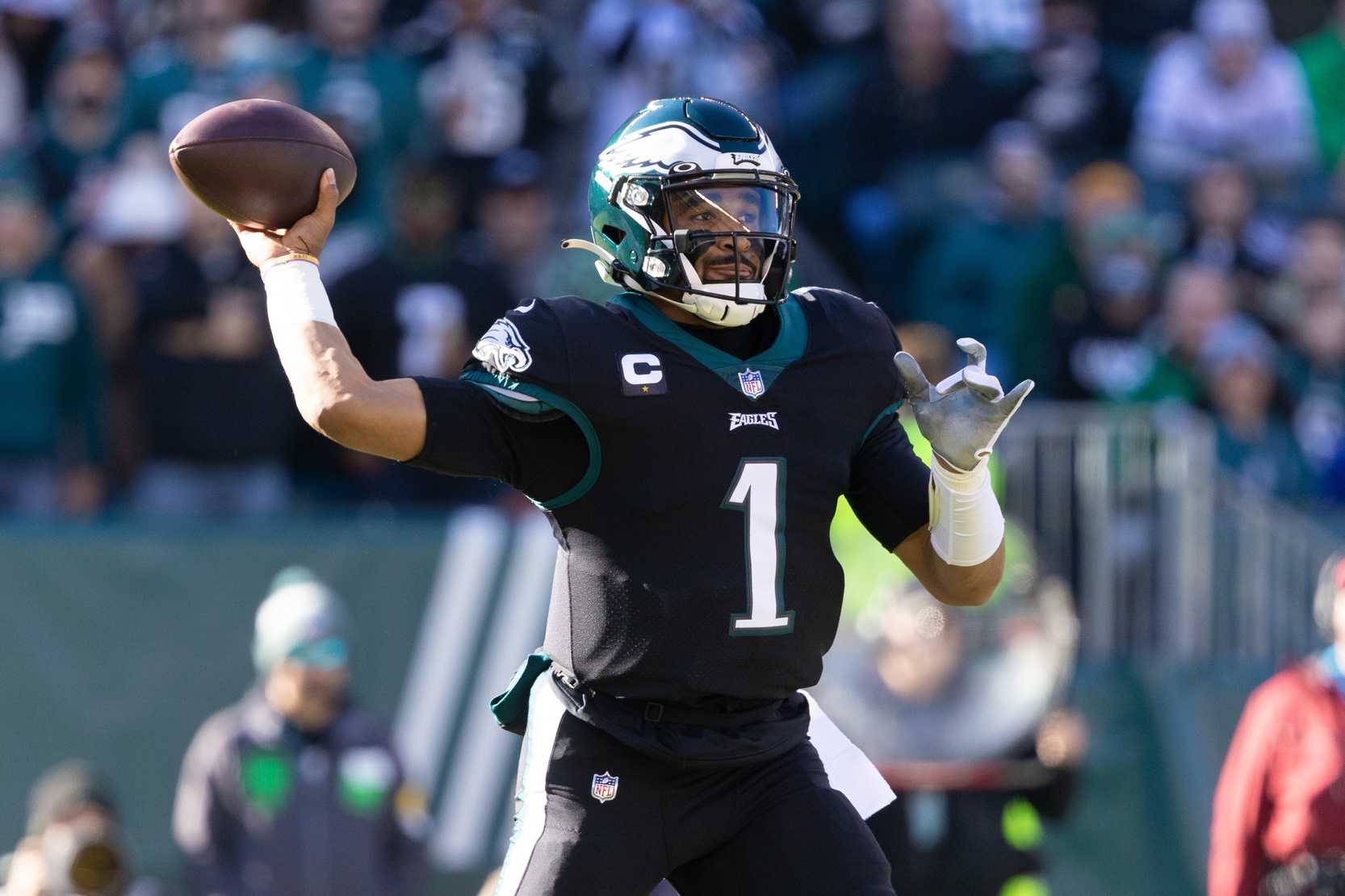 Should Eagles Draft Or Trade For A QB?

After drafting a quarterback in 2016 in the form of Carson Wentz and running it back in 2020 with the selection of Jalen Hurts, the Philadelphia Eagles checked all the boxes attempting to strike gold via the annual selection process. In what was initially an attempt by general manager Howie Roseman to simply add competition to the quarterback room, the addition of Hurts quickly spurred more than that, saw Wentz eventually lose his job, and as we sit here just days after the Eagles’ wild-card loss to the Tampa Bay Buccaneers, left Philadelphia, again, searching for answers under center. For Hurts, it’s been a whirlwind start to his career. From that spring day in 2020 as a surprise second-round selection to four starts at the tail-end of last season following the benching of Wentz, Hurts has presented a mixed bag of results to sort through as Philadelphia prepares for what looks to be an active offseason. In 16 starts this year—including the playoffs—Hurts by no means blew the cover off the ball. But in his first full season under a new offensive coordinator and head coach, you really couldn’t ask for much more. A dual-threat talent known for his ability to create outside of structure and via the quick game within the Eagles’ horizontal-heavy offense, the lack of punch shown against Tampa Bay, and during stretches of the regular season, has presented a muddy trajectory for Hurts in consideration to his ownership of the QB1 spot. For an organization that has seen a quick fall from NFL glory after a Super Bowl victory less than a handful of seasons ago, what Wentz’s selection looked to represent in 2016, to Nick Foles’ captainship to a world title, Wentz’s departure, and Hurts’ flashes of greatness this fall only to flounder in the biggest game of his career, has placed all options on the table for Philadelphia moving into year two under Nick Sirianni. As easy as it would be to dig into a hat and throw out hypotheticals on who could be acquired to trump Hurts on the depth chart, the bigger question remains if the Eagles should even consider replacing Hurts in the first place. A 23-year-old who's just now getting his feet wet in accustoming his body to the flow of the pro game, a switch, while easy to ponder from a 50,000-foot viewpoint, seems difficult to consider given the improvement and success he enjoyed this year in an offense tailored to his ability. While his negatives—at times—were displeasing to the eye, similar to the lack of, well, anything, shown from Wentz last fall where his game was the easy target of blame for the lack of wins and high-powered offensive displays, the Eagles, by a substantial amount, were a much better ballclub in 2021 than they were in 2020—presenting a gleaming light of positivity under a rookie head coach when you come down to eye level. However, as we’ve seen in the past from this exact regime, they won’t settle for average, and for a city in dire need for a face to rally around, and with a slew of veteran, headlining pocket talent set to become available, let’s put on our GM hat, and play the role of the oft-criticized Roseman with an ever-important offseason ahead. With names like Russell Wilson, Deshaun Watson, Derek Carr, and, possibly, Aaron Rodgers set to explore greener pastures, if you were to take a poll, you’d be hard-pressed to find someone who’d take the exciting project in Hurts over one of the aforementioned veteran starters. Each with their own individual skill sets, a trade for Wilson or Watson looks to present the optimal scenario in a fantasy world for Roseman. With three first-round picks in his back pocket, leverage is something Roseman has, and then some, at his disposal; a must-have in attempting to structure a blockbuster deal. An offense with pieces in abundance in the backfield and two high-level targets on the perimeter in DeVonta Smith and Dallas Goedert, comparing Philadelphia’s foundation on an attractiveness scale to some of the other quarterback-hungry teams ranks them near the top of the class. Add in one of the top offensive lines in football and you’re cooking with some serious gas as a potential suitor for one of the top quarterbacks in all of football. Or, you can go the less sexy route, and, once again, kick the tires on a college kid with tools. However, unlike Wentz and unlike Hurts, expending a day-one or day-two pick on one of this year’s quarterbacks could see a pitchfork-wielding mob set up shop in front of Philadelphia’s facility before the pick is ever officially introduced. Sure, you can make the case Western Kentucky’s Bailey Zappe is an enticing talent with an intriguing skill set, or you could attempt to sell to your scouts that Stanford’s Tanner McKee is this year’s version of Davis Mills as a former Cardinal standout—both QBs expected to come off the board on day three—but the clear route to optimizing the Eagles roster lies within the veteran trade market. There’s just no way around it. On the contrary, and for Hurts, while there will be audible hemming and hawing if the third-year talent finds himself as QB1 heading into training camp, it’s worth a small reminder for Philadelphia faithful no matter who aligns under center Week 1, it could be much, much worse… you could still have Wentz. For a franchise that exceeded expectations this season with Sirianni pushing the buttons, acquiring one of this year’s available game-changing gunslingers doesn’t look to present as difficult of a marriage as you’d think. If I’m Roseman, my phone lines are open. 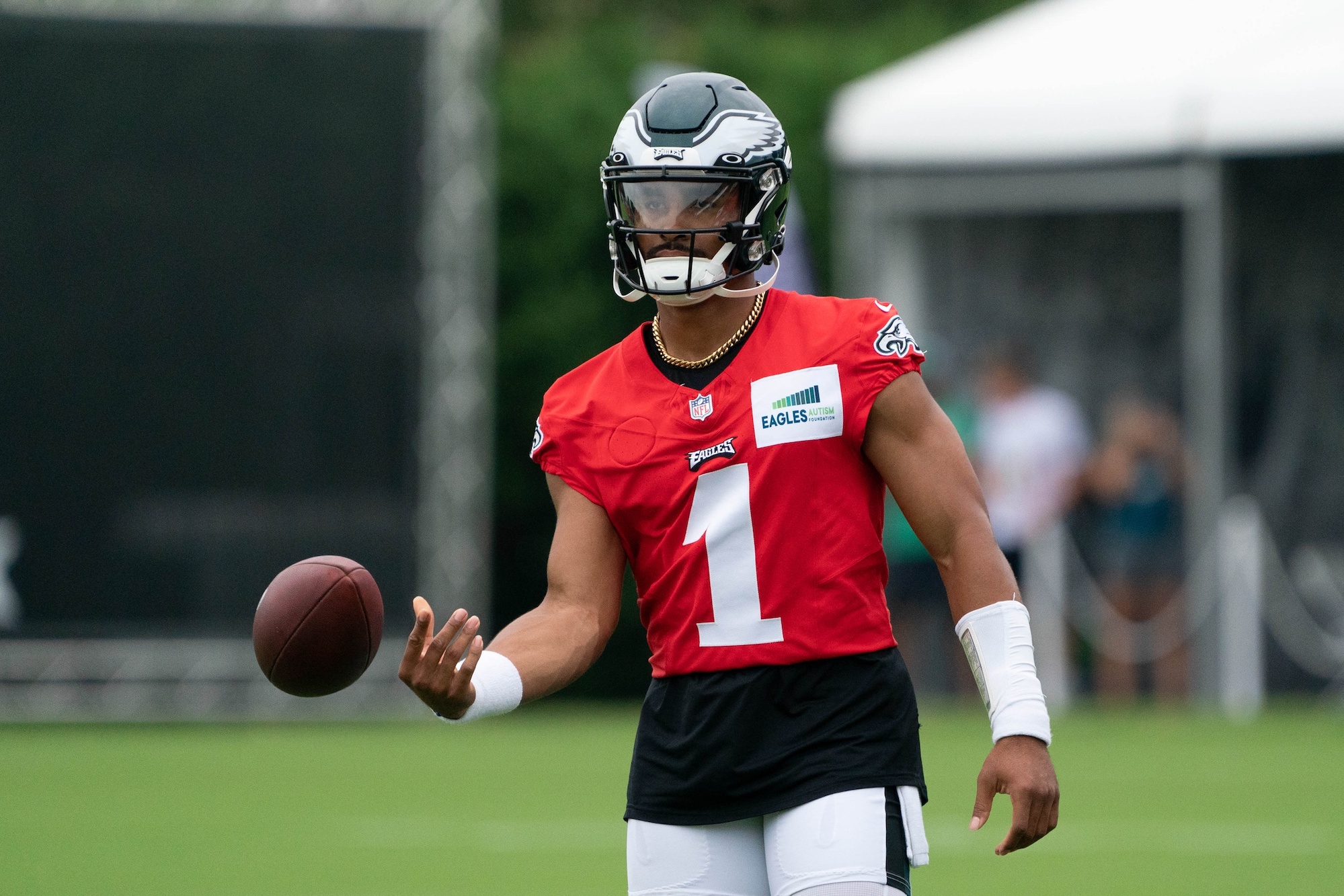