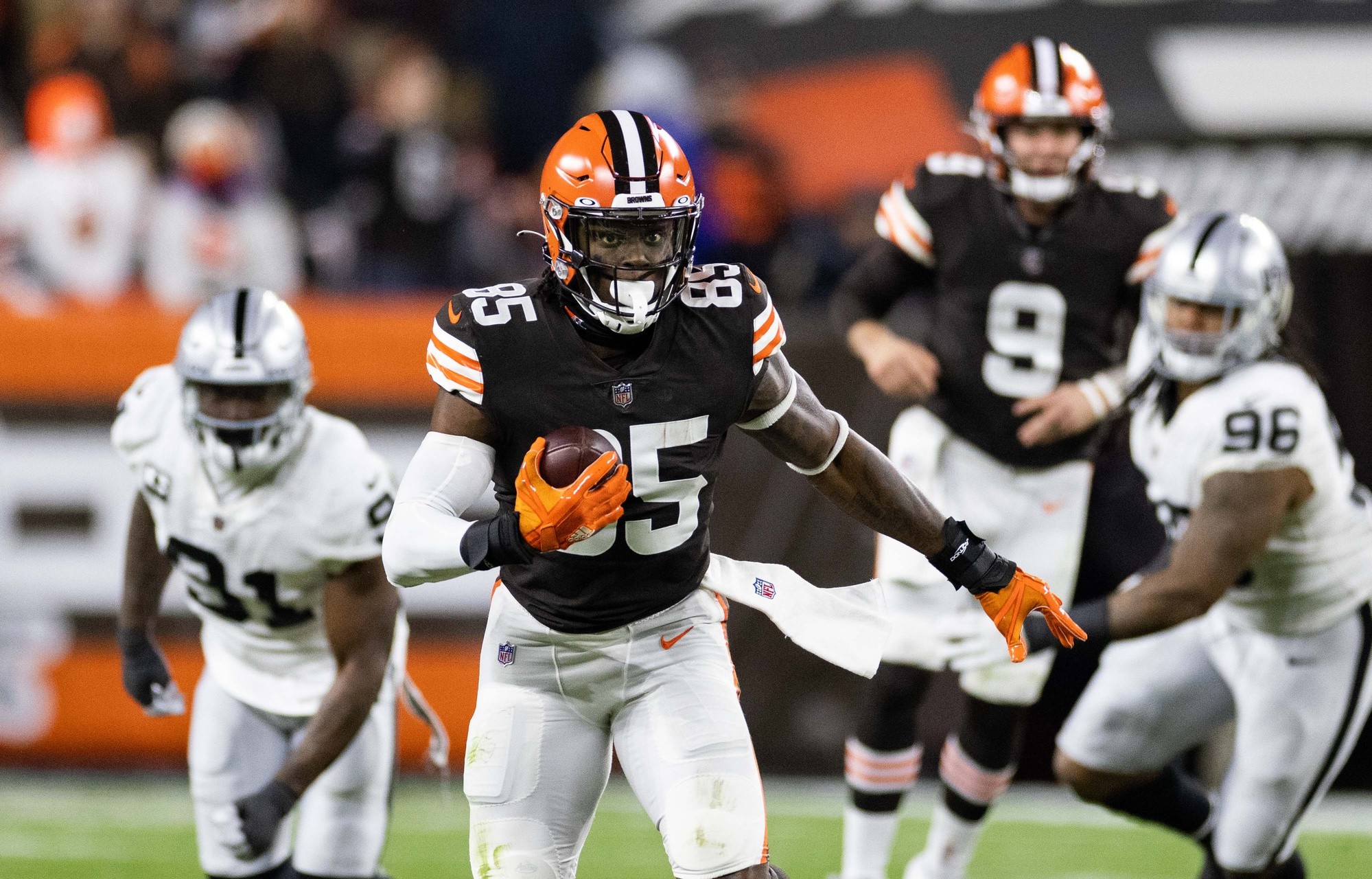 Eagles Should Target These 6 Free Agents

After a year in which expectations were exceeded to the umpteenth degree, the Philadelphia Eagles enter the offseason with as much leverage as any team in football. With three projected first-round selections, a helpful amount of salary cap available, and a roster set to blossom with youth-infused talent, general manager Howie Roseman has a vast array of assets to use at his disposal just a few weeks away from the start of free agency and upcoming NFL Draft. With cap, team needs, pending free agents, and draft selections all put into consideration, here are three offensive and defensive free agents Philadelphia could target when the signing period begins on March 14.

For cheap, the Eagles can secure their WR3 role with a guy who has the talent to serve as a de facto WR2 within an NFL offense. With three aforementioned first-round selections—for now—with one of them expected to address the wideout spot, adding Raymond into a potential core of DeVonta Smith, one of Jameson Williams/Treylon Burks/Drake London, and 2021 breakout pass-catcher Quez Watkins will present Jalen Hurts—or whoever is aligned under center for the Eagles this fall—with a bevy of high-powered talent on the perimeter.

Thinking about how good Zach Ertz and Dallas Goedert were together, rekindling that relationship with two uber-athletic tight ends within Philadelphia’s offense could further diversify Nick Sirianni’s playbook. Aligned in 12-personnel on 25% of their snaps last fall, while Njoku is expected to garner a contract worth $6.5M per season, his addition could prove priceless as a seam-stretching threat with excellent YAC ability.

While Tyler Linderbaum could very well be the future at center for the Eagles, this is an eye toward March, and Allen, just 27 years old, could provide much more than just a stop-gap option if Jason Kelce hangs ‘em up for good. The nucleus up front for the Super-Bowl-winning Rams, Allen possesses the necessary strength, movement skills, and IDing ability up front to holster against some of the fearsome pass rushes he could face within the NFC East.

A roaming centerfield defender, Reed allowed below a 50% completion rate on 88 targets as the primary man in coverage this fall. A youth-infused talent who could start right away if the team fails to re-sign Anthony Harris or Rodney McLeod, he’s a bang for your buck addition that will offer positional versatility on the backend.

If the Eagles do “spend up,” I expect it to be at linebacker—even if they plan on adding a first-round talent in April. As strong as the front four has been the last handful of seasons, adding thumpers at the second level should be a priority for Roseman this offseason. While the team re-signed T.J. Edwards, with both Alex Singleton and Genard Avery set to hit the open market, adding a talent like Oluokun ($8.3M APY eval) could shore up the nucleus of the Philadelphia defense for seasons to come. One of the breakout defenders in the NFL last fall, Oluokun has an excellent ability to work downhill in the run, while displaying improving traits as a cover man in space; a credit to his five interceptions the last two seasons combined after failing to record a pick in his first tandem of campaigns as a pro. https://www.youtube.com/watch?v=UfdESRdWflA

With Darius Slay occupying the CB1 spot, sliding Avonte Maddox over the slot would be ideal to allow Wallace to work at CB2. A rangy corner similarly to that of Slay, Wallace’s numbers haven’t jumped off the page since entering the league in 2018, but he’s been a consistent corner whose ability to avoid giving up the big play showcases a safe option to place alone in Cover 1 man, a heavy staple of the Eagles’ defense last fall. He has room to improve as a tackler, but if Roseman is looking to add a veteran to combat the deep wideout talent across the division, Wallace could provide some pop.