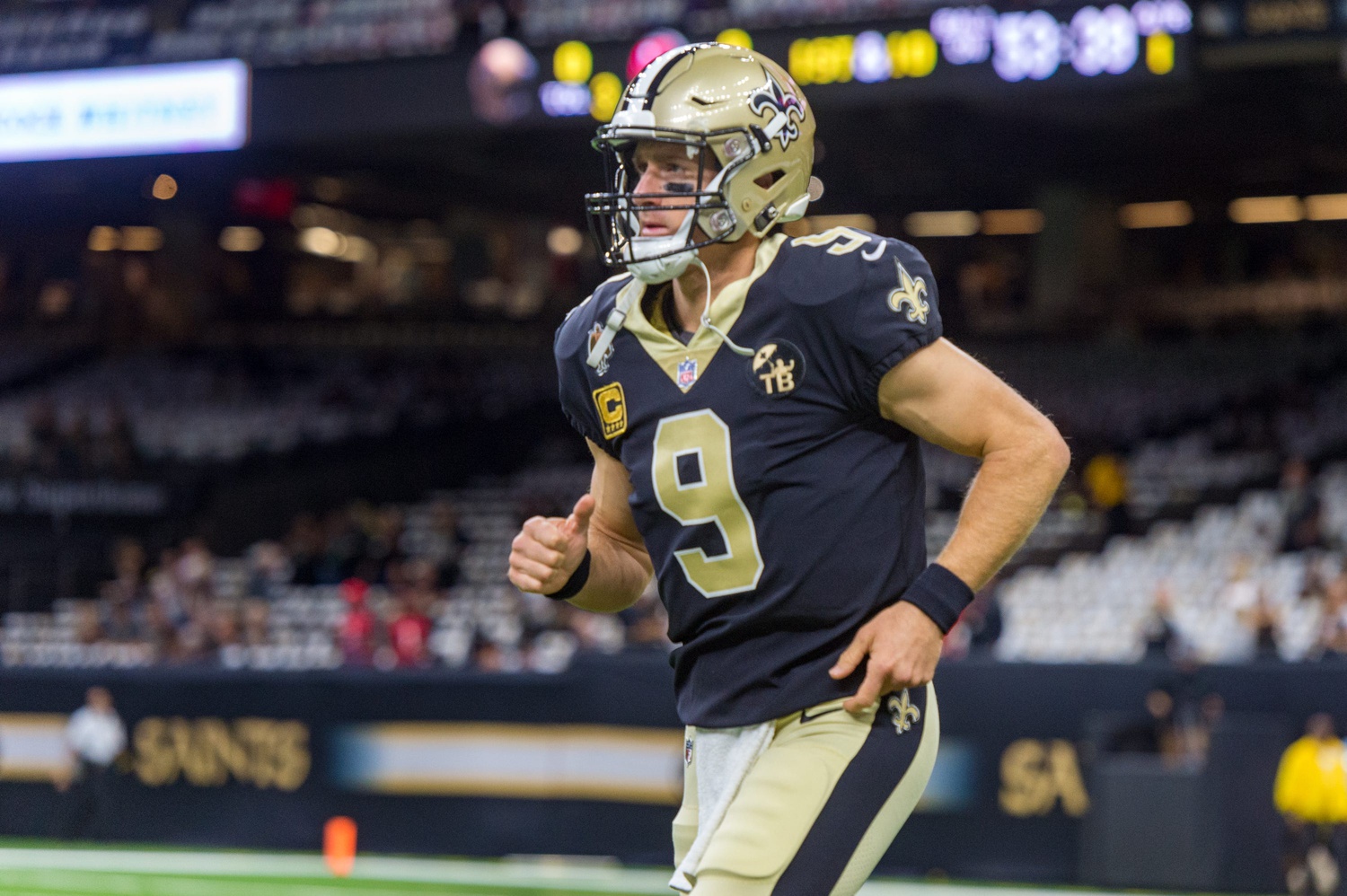 Drew Brees Should Return To NFL To Be QB Of The …

According to multiple reports, NBC and former NFL starting quarterback Drew Brees reached a mutual decision to part ways this past weekend. Brees was serving as the network’s NFL TV analyst, having recently reached the completion of his first year in that role.

The future Canton-bound quarterback later refuted reports regarding his departure from the network via his official social media page, claiming his plans for the 2022 campaign are still a work in progress, while declaring he may possibly continue at NBC via his on-air role. Brees alluded to the possibility of playing football again in 2022, which would bring an end to his short-lived retirement.

If Brees is seriously considering playing again, the Seattle Seahawks should have an interest in his services.

It may sound chaotic, but stranger things have happened. The Seahawks have oddly neglected the quarterback position since trading disgruntled franchise signal-caller Russell Wilson to the Denver Broncos in exchange for three players plus both immediate and future draft capital. The Seahawks acquired former Missouri quarterback Drew Lock in that trade. Seahawks General Manager John Schneider and head coach Pete Carroll currently seem content to enter training camp with Lock, veteran Geno Smith, and Jacob Eason as his team’s quarterbacks. Despite entering the 2022 NFL Draft with a healthy nine selections at their disposal, Schneider and Carroll opted against drafting a developmental quarterback, passing on the likes of Kenny Pickett, Malik Willis, Desmond Ridder, and Matt Corral several times.

Lock seems the favorite to enter the season as Seattle’s starter following recent comments made by head coach Pete Carroll, which showered the fourth-year quarterback with praise. Despite Carroll’s seemingly unwavering belief in Lock, even a current-day Brees would represent an undeniable upgrade on all three of Seattle’s quarterbacks.

Brees may not be the elite quarterback he once was, but his 7.5 yards per attempt in 2020 is nearly a full yard greater than Lock’s career average of 6.7—and it’s a half-yard greater than Smith’s career average of 6.9 yards per attempt. Even in his current retired form, there is little question that Brees is better suited to lead the Seahawks to contention than Lock or Smith are.

The Seahawks are a franchise in transition, but still feature one of the most dominant one-two punches in the league at the receiver position in D.K. Metcalf and Tyler Lockett. Brees is more capable of targeting Lockett and Metcalf with the desired consistency than any quarterback Seattle currently rosters.

The 13-time Pro Bowler performed admirably for the New Orleans Saints in 2020, even if he failed to reach his previous heights. Brees completed an impressive 70.5% of his passes while throwing for 2,942 yards and 24 touchdowns versus just six interceptions. The Saints finished a healthy 12-4 and earned a much-deserved playoff spot in the NFC. It’s worth noting a painful rib injury limited Brees to 12 regular-season appearances and the Saints went 9-3 in those 12 contests.

It’s unclear whether or not Brees would consider playing for another franchise after carving out an illustrious reputation as a Saint, but Brees would have to weigh those options if he’s serious about playing football again. Returning to the Saints does not qualify as a realistic option for the Brees. Saints General Manager Mickey Loomis recently committed to Jameis Winston as the team’s starting quarterback going forward, having agreed to a two-year extension with Winston worth $28 million earlier this offseason. Winston led the Saints to a stellar 5-2 record last season before suffering an unfortunate season-ending knee injury.

The sample size was rather small, but Winston showed himself as a signal-caller capable of leading the Saints to victories. With more weapons at his disposal ahead of the 2022 campaign, there are plenty of reasons to believe Winston could enjoy a successful campaign. Furthermore, the retirement of head coach Sean Payton makes the Saints more likely to leave the Brees era in the past.

It’s not overly difficult to imagine Brees’ competitive juices meshing nicely with Carroll and Schneider, who have enjoyed a largely successful stint as Seattle’s leaders. Although nobody expects the Seahawks to realistically contend for a spot in the postseason throughout the 2022 campaign, adding a highly-decorated signal-caller like Brees would certainly increase their chances of doing so.