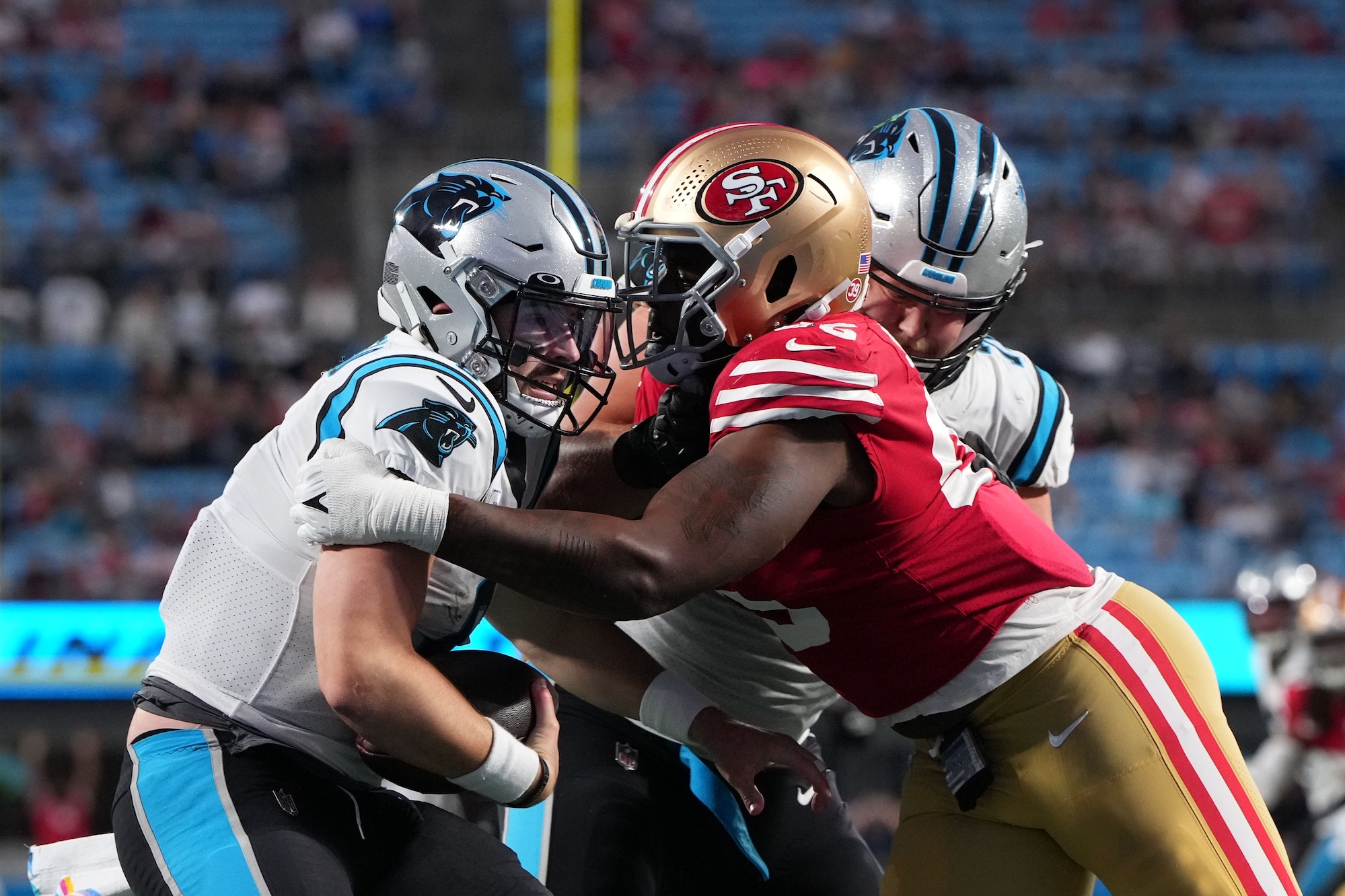 Jackson currently ranks second among all rookie EDGE rushers with 2.0 sacks, trailing just Aidan Hutchinson (3.0) for first place on the rookie leaderboard. It’s worth acknowledging Hutchinson (170) has amassed nearly 100 more pass-rushing snaps than Jackson (81) has this season, per Pro Football Focus. Jackson has been effective and efficient while thriving in San Francisco despite being a rotational rusher.

Jackson is tied for third place among all 49ers sack artists. Just Samson Ebukam (3.5) and Nick Bosa (6.0, tied for the league lead in sacks) have produced more quarterback takedowns for the 49ers than Jackson has. It’s especially impressive given San Francisco’s depth and penchant for rotating at the position. Bosa is listed as questionable for Sunday’s game against the Atlanta Falcons with a groin injury. His potential absence would catapult Jackson into an even larger role.

Jackson made his NFL debut by playing a modest 17 snaps (29%) in San Francisco’s Week 1 loss to the Chicago Bears. He accounted for 29% of their defensive snaps again in Week 2 (14 snaps). Jackson saw his playing time increase from Week 3 onward (22, 26, 31 snaps). Jackson was involved in a season-high 45% of San Francisco’s defensive snaps in Sunday’s dominant 37-15 victory over the Carolina Panthers. A former USC product, Jackson’s influence is steadily growing weekly as he continues earning the trust of his coaching staff.

The No. 61 overall selection in the 2022 NFL Draft, the list of rookie EDGE defenders that Jackson is currently outproducing in the sack category includes No. 1 overall pick Travon Walker (1.0), Kayvon Thibdoeaux (who’s appeared in just three games due to injury, zero sacks currently), Jermaine Johnson II (1.5 sacks), and George Karlaftis (0.5 sacks). All four defenders were selected in the first round. The 49ers appear to have a late-second-round gem on their hands.

Jackson has also been credited with seven quarterback pressures, three quarterback hits, two tackles for loss, and one pass defended. Jackson recorded 12.5 sacks and 25.0 tackles for loss across three seasons at USC. Jackson is displaying the reactive athleticism and first-step explosiveness that made him such an intriguing prospect in the 2022 draft. We’re currently witnessing those traits develop rather nicely on Sundays.

The 49ers lead all NFL teams in sacks with 21.0 through five contests. San Francisco’s defense is the stingiest in the league, allowing just 249.2 total yards of offense per contest. They rank third in passing yards allowed (177.8/game) and are tied for first with the Buffalo Bills in points allowed per game (12.2). They’re plus-one in the turnover category.

San Francisco’s elite defense has propelled them to a 3-2 record that sees them currently reside in first place in the ever-competitive NFC West. Their defense continues to carry them through an unforeseen change at quarterback to Jimmy Garoppolo following a season-ending injury to Trey Lance. Drake Jackson has played a sizable role in that defensive success and will continue showcasing progression as the season marches forward.