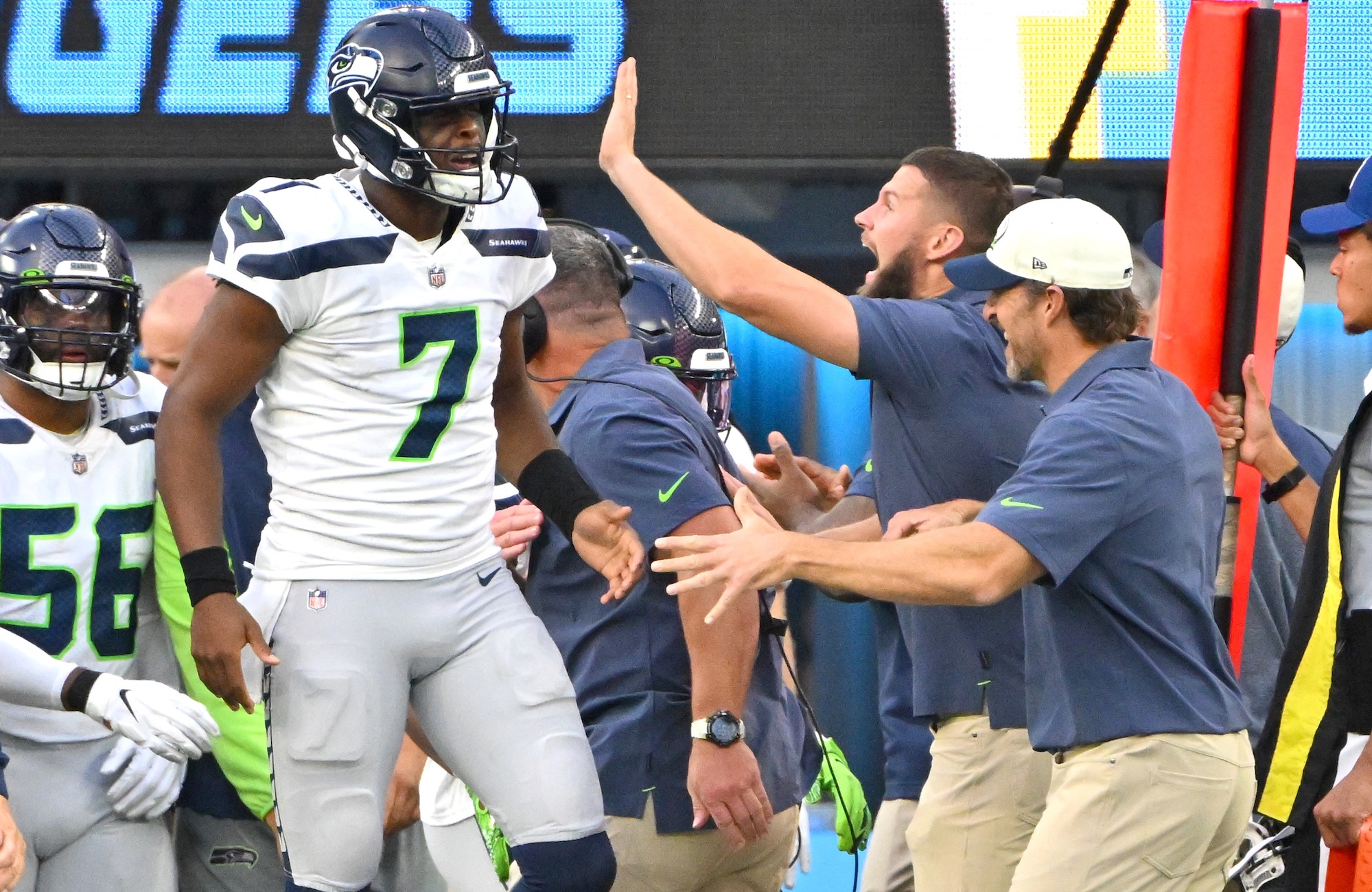 Do Seahawks Really Need A Quarterback?

For much of the offseason and even the early part of the 2022 regular season, there was an expectation that the Seattle Seahawks would be in the market for a quarterback in next year’s draft. After trading away Russell Wilson, they were almost certainly going to need to draft a young quarterback to become the new face of their franchise. Smith’s performance against the Denver Broncos in Week 1 was impressive, but he had something to prove against his predecessor. Surely he’d regress over the course of the season with less on the line each week.

So far, Smith really has not regressed. While everyone continued to write him off despite his Week 1 warning, the nine-year veteran just continued to ball out. With that being the case through seven weeks, the Seahawks may not even need to draft a quarterback.

Smith’s time in Seattle over the last three years has been a true career resurgence. After two very disappointing years as the New York Jets’ starting quarterback, he was relegated to a backup role for the final two years of his rookie contract. From that point on, it seemed like Smith’s ceiling was as a career backup, moving to the New York Giants then the Los Angeles Chargers then the Seahawks as a decent second-string option.

Things began to change for the West Virginia alum last year after Wilson suffered a nasty hand injury and missed three and a half games. Smith stepped up and had a few of the best starts of his career, throwing five touchdown passes to just one interception with a cumulative passer rating of 103 in those four appearances. Compared to his 29-to-36 touchdown-to-interception ratio and career 72.9 passer rating entering the 2021 season, that was quite a step up. Seattle still lost three out of the four games in which Smith made an appearance, but Smith had at least earned himself a little extra time with the Seahawks with his individual performance.

Flash forward to this year, and the Smith we saw over the small sample size in 2021 may just be the real version of who he is now. In the ninth season of his professional career and first as a full-time starter since 2014, his second year in the NFL, Smith is well on his way to a career year. He leads the league with a 73.5 completion percentage, by far the highest he’s ever had and has 11 touchdown passes with just three interceptions, suggesting the improved ability to protect the ball that he showed off last year in a small sample size is legit.

It isn’t like Smith has been able to boost that completion percentage and protect the ball more by just taking all of the short throws. His average depth of target this year is over eight yards, and he’s been able to air the ball out and complete some nice passes downfield, with his two touchdown passes to Marquise Goodwin on Sunday standing out in particular.

He’s also still getting things done with his legs at 32 years old like the dual-threat quarterback he has always been. Smith’s 132 rushing yards are the eighth most by a quarterback this season, still ahead of Patrick Mahomes in Kansas City and Wilson in Denver.

Smith’s accuracy, ability to protect the ball, deep throwing ability, and mobility have all helped the Seahawks to a 4-3 start, good enough for first place in the NFC West. Two of their three losses have been by one score with Smith throwing for 593 yards and five touchdowns to one interception in those games.

It’s still early in the season, and Smith and the Seahawks still have more tests ahead with games against the Tampa Bay Buccaneers, Kansas City Chiefs, San Francisco 49ers, and both matchups against the Los Angeles Rams still remaining on their schedule. But everything Smith has shown so far this season has seemed to indicate that he’s a more than capable NFL starting quarterback that can lead an offense and his team to quality wins.

With that being the case, Seattle may not need to look to draft a quarterback in next year’s draft. With as successful as they’ve been so far this season, they might not even be in a good position to do so anyway. If Smith continues balling out and showing off his full skill set the way that he has through the first seven weeks of the season, it’s in the Seahawks’ best interest to invest elsewhere in the roster with next year’s draft class. If they knock it out of the park again the way that they did in the 2022 draft and re-sign the resurgent Smith, Seattle could return to being serious playoff and Super Bowl contenders much sooner than expected.