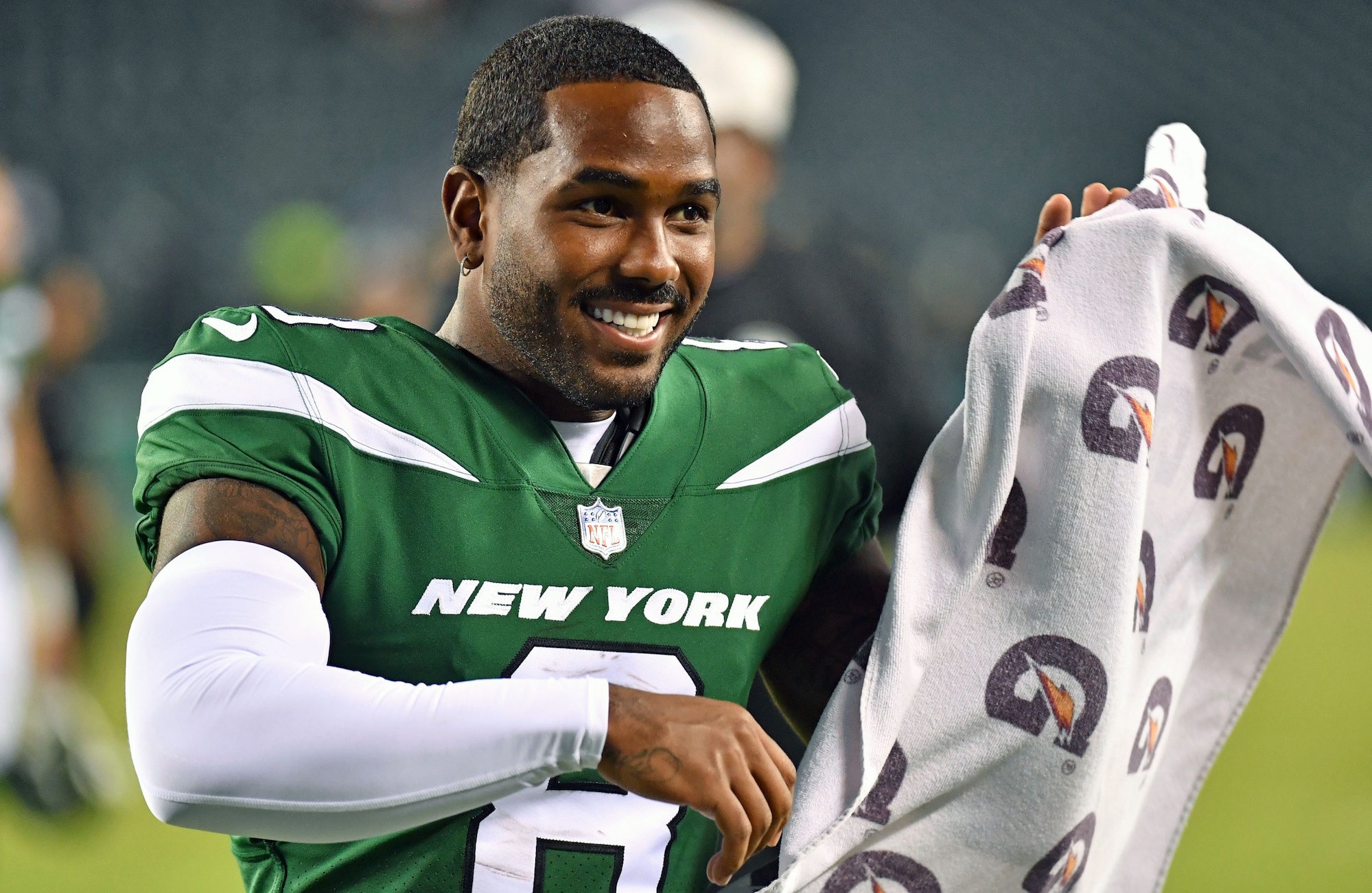 Do Jets Have An Elijah Moore Problem?

New York Jets sophomore wide receiver Elijah Moore isn’t happy with his lack of involvement in their offense. Moore didn’t receive an official target in the Jets’ victory over the Green Bay Packers in Week 6 despite playing 32 snaps. It was the continuation of a concerning theme for Moore, who caught just one-of-four targets for 11 yards in the Jets’ dominant 40-17 win over the Miami Dolphins in Week 5.

Moore then tweeted (and deleted) regarding his frustration. Moore was curiously absent from Jets practice on Thursday. The situation hasn’t reached a boiling point yet but is worth monitoring going forward.

Jets head coach Robert Saleh confirmed that Moore was granted a personal day away from practice.

Clarification on #Jets Elijah Moore’s absence from practice today: He did not miss practice for a “family matter.”

He was given a personal day from Robert Saleh, and spent that time with his family

The timing of Moore’s excused absence is obviously curious and the always hectic Jets media market responded in expected fashion.

Through six contests, Moore has totaled just 16 receptions for 203 yards and zero touchdowns. Moore ranks fifth among all Jets pass-catchers in receiving yards and sixth in receptions. From Week 3 onward, Moore has seen the field with less consistency. The former Ole Miss standout went from playing 94% of the Jets’ offensive snaps in Week 3 to 58% in Week 6 (a gradual-to-sharp decline that included 90% of snaps in Week 4 and 66% in Week 5). The Jets will do everything within their power to minimize this emerging storyline, but the numbers indicate Moore’s influence in their offense is curiously dwindling.

Moore has been on the receiving end of 29 targets. That’s an average of 4.9 targets per contest. It falls well short of the seven targets per outing Moore saw as a rookie pass-catcher (77 total targets in 11 regular-season appearances). Moore’s average of 33.8 yards per contest is down 15.1 yards from a year ago (48.9). That equals 35.7 fewer targets when extrapolating the statistics throughout the course of a 17-game season, and perhaps more notably, 256.7 fewer receiving yards.

“I’m not trying to avoid him,” Jets starting quarterback Zach Wilson said in relation to Moore’s lack of targets. “He’s a great player and I’m just going through my progressions. I love him and hope he understands he’s special to our team.”

Other areas of Moore’s game are down statistically too. He’s averaging 2.2 yards after the catch per reception as opposed to 4.7 in the same metric last season, via Pro Football Focus. Moore has also been a bit less efficient, currently hauling in 55.1% of his targets as opposed to 55.8% last season. Moore’s overall yards per reception stats have slightly improved (12.7 this season versus 12.5 in 2021).

It’s worth acknowledging the Jets are actually winning. It’s difficult to question Saleh and offensive coordinator Mike LaFleur on the subject with the Jets racing out to a shocking 4-2 start. It represents the Jets’ best start since 2015, all while navigating through several difficult injuries at quarterback and across their offensive line. The Jets are actually in the playoff hunt in late October. No, seriously!

Whether or not Moore’s excused absence from practice is legitimate will be revealed in the coming days. Saleh’s Jets are playing winning football and may understandably prefer to take the don’t-fix-what-ain’t-broke approach. It’s imperative that LaFleur doesn’t continue to neglect Moore however, who remains a terrific weapon to feature on offense.