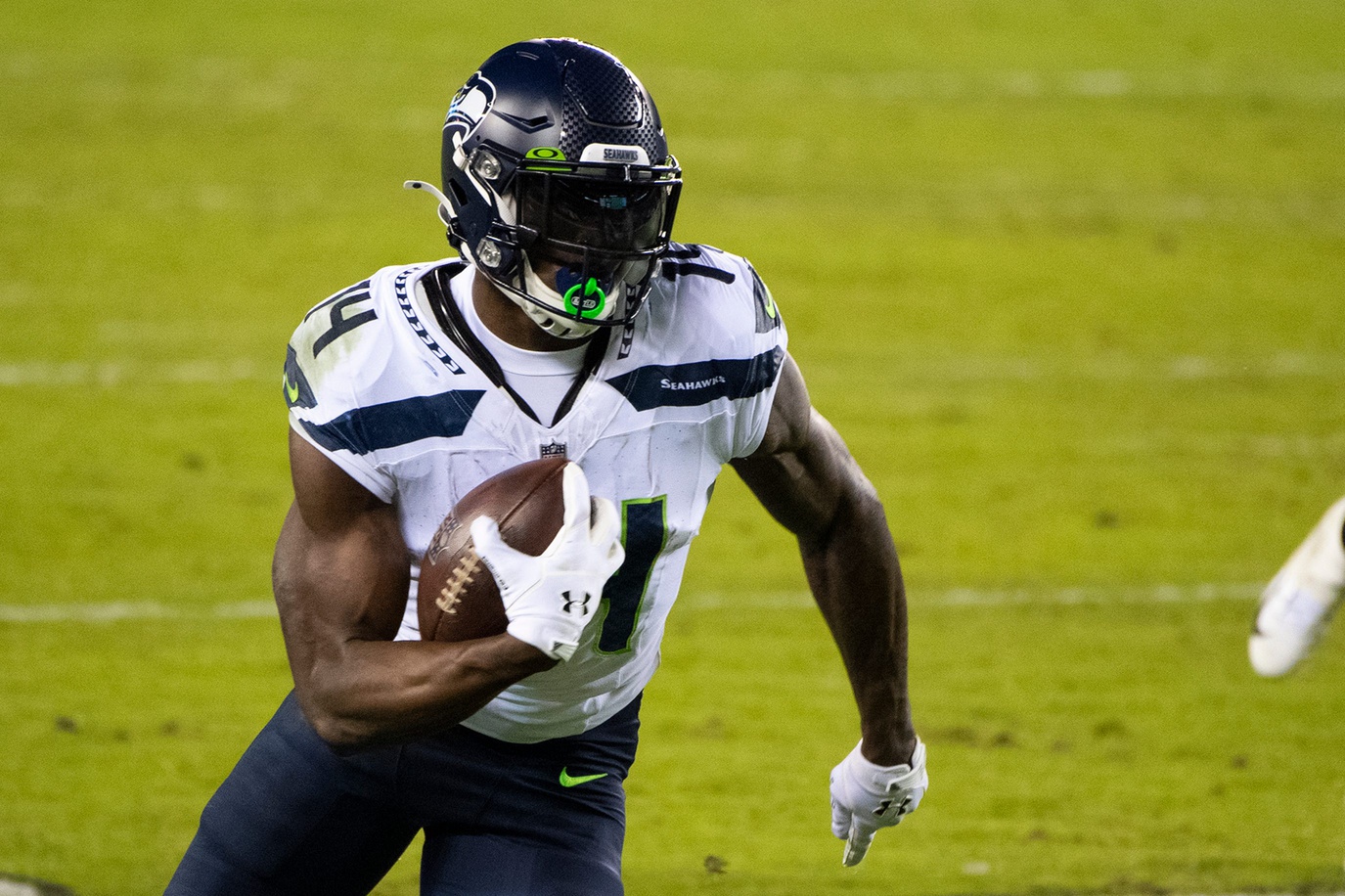 Several high-level NFL receivers have been traded in recent weeks following breakdowns in contract negotiations. The Green Bay Packers refused to make Davante Adams the highest paid receiver in history and ultimately agreed to trade him to the Las Vegas Raiders, where Adams swiftly signed a five-year, $141.25 million contract. On Wednesday, Tyreek Hill experienced a similar fate after failing to reach an agreement on an extension with the Kansas City Chiefs. Hill was traded to the Miami Dolphins in exchange for five draft picks, including first-and-second round selections in this April’s draft. The receiver market has exploded and certain teams have made a decision to not overpay their pass-catchers. Could D.K. Metcalf be next in Seattle?

Metcalf is entering the fourth and final season of his affordable rookie contract. Given that Metcalf was a second-round selection in the 2019 NFL Draft, the former Ole Miss standout is set to earn a base salary of just $3.9 million in 2022. It’s peanuts compared to what his next contract will pay him. The Seahawks have embraced a rebuild, evidenced by the shocking trade that sent Russell Wilson to the Denver Broncos and the fact that General Manager John Schneider allowed long-time veteran linebacker Bobby Wagner to walk. Seattle lacks a quality starting quarterback at this juncture and more change are on the horizon. Should discussions regarding an extension for Metcalf turn ugly, like they did with Adams and Hill, it’s possible the Seahawks could look to move Metcalf.

The Patriots have reportedly expressed interest in acquiring a veteran receiver via the trade market and it’s easy to understand why on the surface. Head Coach and chief decision-maker Bill Belichick was extremely aggressive throughout last year’s offseason by adding an abundance of pass-catching talent via free agency in the form of Hunter Henry, Jonnu Smith, Nelson Agholor and Kendrick Bourne. But for all of New England’s efforts, they still lack a dominant receiver on the boundary a la Metcalf for young quarterback Mac Jones. Belichick would be wise to continue investing in Jones’ development following his stellar rookie campaign. Acquiring a receiver such as Metcalf could help Jones take his game to the next level as a sophomore signal-caller.

This offseason has paled in comparison to the bold moves of 2021. The Patriots have blown up their offensive line by failing to re-sign Ted Karras in free agency. Belichick then traded a quality starting guard in Shaq Mason to the Tampa Bay Buccaneers in exchange for a late Day 3 selection. The Patriots have thus far done nothing to address those losses and their offensive supporting cast. They need to move the needle forward if they hope to contend with the Buffalo Bills, New York Jets and new-look Miami Dolphins in the AFC East. An aggressive offer and attempt to acquire Metcalf would change everything.

Kansas City’s refusal to meet Hill’s contract expectations has created an obvious and sizable hole within their high-octane passing offense. Hill was a perfect scheme fit for what Head Coach Andy Reid and quarterback Patrick Mahomes set out to achieve offensively and he’ll undeniably be missed by all parties involved. The Chiefs are now loaded with immediate draft capital, including a league-leading 12 selections in the 2022 NFL Draft. Eight of those 12 picks occur within the first four rounds, where General Manager Brett Veach currently owns two selections per round. Veach would be wise to flip some of those picks in exchange for a proven, dominant receiver. Metcalf more than fits the bill.

A vertical threat that can be often found streaking down the sidelines, Metcalf’s game-changing ability meshes nicely with Mahomes’ penchant for the big play. Metcalf recently mocked the idea of joining the Chiefs via social media but the Chiefs would be wise to seriously explore the possibility. Playing in a new-look and loaded AFC West division means the Chiefs must remain vigilant in their pursuit to remain ahead of their counterparts. Acquiring Metcalf would undoubtedly signal their aggressive intentions to combat what the Broncos, Las Vegas Raiders and Los Angeles Chargers have achieved this summer.

General Manager Brian Gutekunst must do something aggressive in the wake of Adams’ shocking departure to Vegas. Gutekunst awarded franchise quarterback and back-to-back reigning MVP Aaron Rodgers with a historic four-year contract extension earlier this offseason that should keep Rodgers in Green Bay for the remainder of his professional career. The Packers didn’t bring Rodgers back for him to throw the ball to Allen Lazard, Randall Cobb, Robert Tonyan and Amari Rodgers. At least, we hope they didn’t.

Last season’s extremely disappointing postseason defeat to the low-scoring San Francisco 49ers in the divisional round has left a sour taste in the mouths of Rodgers and all Cheesehead faithful. Expectations are sky-high for the 2022 campaign as the Packers swiftly look to right that wrong. The Rodgers era is beginning to dwindle as their window to capture a second Super Bowl during Rodgers’ illustrious run is nearing its expiration date. The Packers entered the offseason facing some salary cap difficulties but the Adams trade, when paired with other moves such as Za’Darius Smith’s release, has created more than $20 million in available cap space via Spotrac. The Packers possess the financial freedom and need to seriously consider making an attempt to land Metcalf’s services.