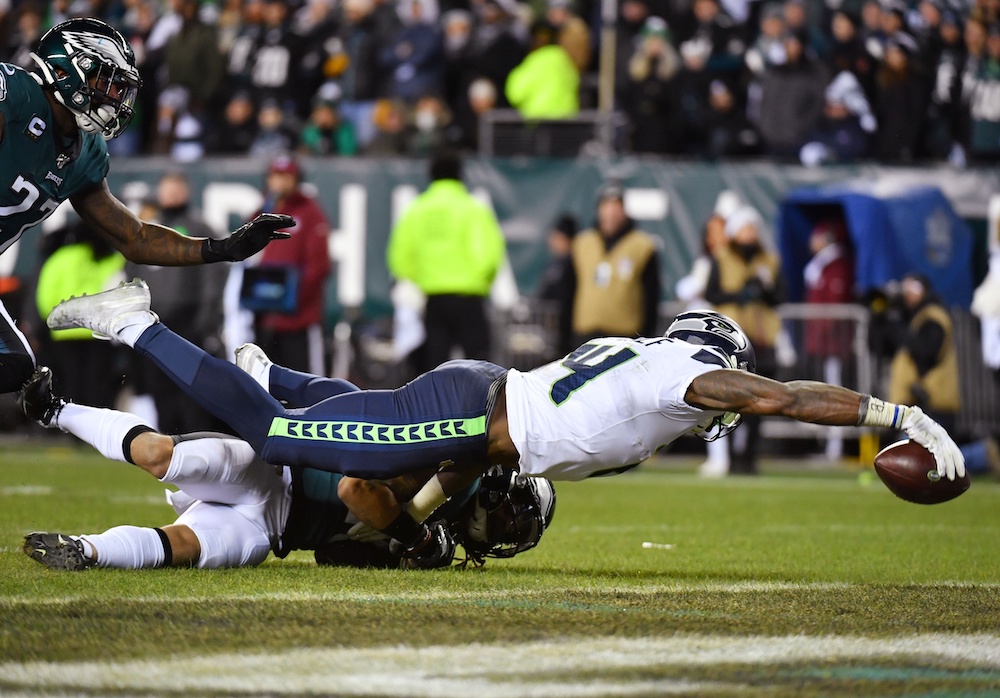 How Much is Too Much for D.K. Metcalf?

According to multiple reports, the New York Jets offered the No. 10 overall selection in the 2022 NFL Draft to the Seattle Seahawks in exchange for superstar wide receiver D.K. Metcalf. Ironically enough, the selection originally belonged to the Seahawks, who sent the pick to New York in a package deal for safety Jamal Adams. Nonetheless, the Seahawks allegedly rejected New York’s offer.

Jets General Manager Joe Douglas is aggressively attempting to secure the services of a dominant boundary receiver. Douglas made a strong offer to the Kansas City Chiefs in hopes of landing Tyreek Hill, who ultimately decided to join the Miami Dolphins instead. Douglas remains steadfast in his hopes to surround sophomore quarterback Zach Wilson with as many high-level pass-catching weapons as possible. The Jets already feature Elijah Moore, Corey Davis, Braxton Berrios, and the recently signed tight end duo of C.J. Uzomah and Tyler Conklin. Michael Carter serves as another exciting option in the backfield.

Douglas’ willingness to part with the 10th overall selection in exchange for Metcalf is easy to understand on the surface. The Jets would acquire a top-notch boundary playmaker in Metcalf, while holding onto the No. 4 overall selection in this year’s draft. In a way, Douglas would be having his cake and eating it, too. He’d finally land the dominant receiver of his dreams, while still allowing himself the opportunity to draft a highly regarded rookie with a premium top-five selection. Alabama’s Evan Neal, NC State’s Ikem Ekwonu and Cincinnati’s Ahmad “Sauce” Gardner qualify as legitimate options with the fourth pick.

The NFL Network’s Mike Garafolo reports that Metcalf, who is entering the fourth and final year of his rookie contract and is due a sizable raise in pay, is happy to remain in Seattle going forward. Seahawks General Manager John Schneider and Head Coach Pete Carroll are said to have “no intention” of actually trading away Metcalf, unless an offer they can’t refuse reveals itself. If the 10th overall selection in exchange for Metcalf seemingly doesn’t qualify, all signs point to it taking an offer that includes two first-round selections to pry Metcalf out of Seattle. As excellent as Metcalf is, two first-round picks is too much to part with for New York.

Several rookie receivers have made instant impacts in recent years. The likes of Ja’Marr Chase, Justin Jefferson, Deebo Samuel, A.J. Brown and even Metcalf himself have immediately taken the league by storm. It’s become increasingly possible to find a game-changing wideout in the draft and the 2022 class of pass-catchers appears to feature a talent pool as deep as ever. That must factor into New York’s evaluation when considering how high they’re willing to go in order to acquire Metcalf and why New York’s offer of the No. 10 overall pick is fair and reasonable. Parting with two first-round selections however, even if one of those picks happened to be of the 2023 variety, would qualify as an overpay.

Douglas can hold his head up high. He reportedly made a valiant effort and open-minded offer to acquire Metcalf. Douglas has the draft capital to consider making such aggressive waves, after all. With that said, Seattle’s potential price tag borders on unreasonable territories. With that 10th overall selection, Douglas and the Jets will likely have an opportunity to draft the top receiver of their choosing. Ohio State’s Garrett Wilson and USC’s Drake London qualify as strong potential targets.