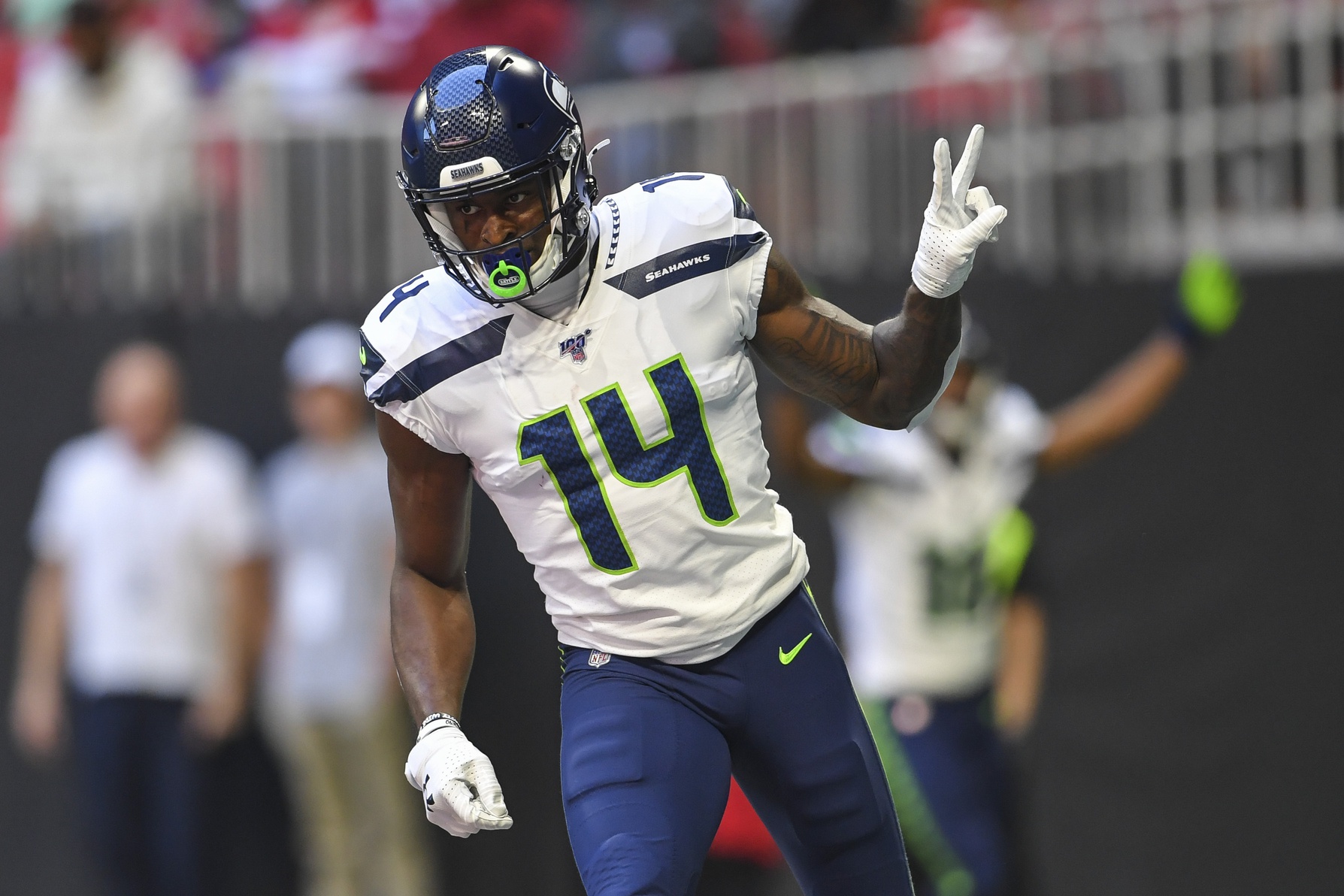 Metcalf is the latest receiver to sign a lucrative contract this summer, following in the footsteps of Davante Adams, A.J. Brown, and Tyreek Hill, to name a few. Metcalf was always happy to remain in Seattle and their front-office brass consistently signaled their intentions to reach an agreement with his representation. The contract represents a win-win for all parties involved.

A 1,000-yard receiver, Metcalf was previously set to enter the final year of his rookie contract in 2022, where he’ll now earn a base salary of $1 million while carrying a cap hit of $8.838 million, via Spotrac. His record-setting $30 million signing bonus helped satisfy his desire for instantaneous cash while also helping Seattle alleviate his immediate salary-cap impact. It’s a necessary compromise with one of the most dynamic receivers in the league.

Metcalf was “holding in” prior to signing Thursday’s extension. It means he was physically present at training camp to avoid exposing himself to fines but wasn’t taking any reps. With Metcalf’s contract situation now resolved, the former second-round selection could return to the field as early as Friday.

It’s a deal that Seahawks General Manager John Schneider had to make, particularly in the wake of trading quarterback Russell Wilson to the Denver Broncos. Fellow face-of-the-franchise linebacker Bobby Wagner was released from his contract and salt was rubbed in the wound when he signed with their division rival Los Angeles Rams. Running back Chris Carson announced his retirement earlier this week. The Seahawks are rebuilding and holding onto their remaining stars for the foreseeable future is of the utmost importance. Metcalf is now the most recognizable and important Seahawk.

Metcalf’s effectiveness going forward will be worth monitoring, particularly because Seattle downgraded at quarterback this offseason. He has never entered a season with another quarterback at the helm other than Wilson. Whether it’s Drew Lock or Geno Smith under center for the Seahawks this season, Metcalf will encounter a less accurate, less complete quarterback. It could impact Metcalf’s statistical output in 2022, but his dominant presence on the boundary will help Seattle maintain some resemblance of a balanced offense. Metcalf keeps opposing defenses honest. If Smith or Lock enjoy a surprising amount of success, it will almost certainly be because they peppered Metcalf with targets.

Metcalf’s extension was added onto the remaining year of his original rookie contract, which means Seattle controls his fate for the next four seasons (and then there’s always the franchise tag). Whenever the Seahawks sort through their quarterback situation (Smith and Lock are one-year bridge options at best), Metcalf will immediately help the next quarterback make a quick transition. Whether that’s a rookie or veteran signal-caller, they’ll immediately lean on Metcalf.

Metcalf came out of these negotiations with several clear victories himself. The aforementioned signing bonus and guaranteed money amounts are massive and ensure Metcalf helps reset the receiver market. While the overall total value of his contract is lower than many of the deals signed by his peers this offseason due to the shorter term, Metcalf’s contract contains more substance, arguably making it the top deal signed by a young receiver this summer. Metcalf is also scheduled to reach free agency before he turns 30 years old. It almost guarantees the Oxford, Mississippi native will sign another lucrative contract. That was surely the intention behind signing for a three-year term.

Since his rookie season, Metcalf ranks 10th in targets among all NFL receivers (358), 17th in receptions (216), third in yards per reception (14.7) and is tied for fourth with Cooper Kupp in receiving touchdowns (29). Metcalf has achieved these elite numbers despite playing in Pete Carroll’s balanced offense that nobody would ever describe as pass-happy. Metcalf remains productive nevertheless.

A transitional season looms large for the Seahawks. They’re unlikely to compete for a postseason berth. The Seahawks will continue to experience change, and the roster could look considerably different in 2023 and 2024 than it currently does. Metcalf was never going to be a part of that outgoing group. Schneider wisely prioritized his exceptional homegrown talent.