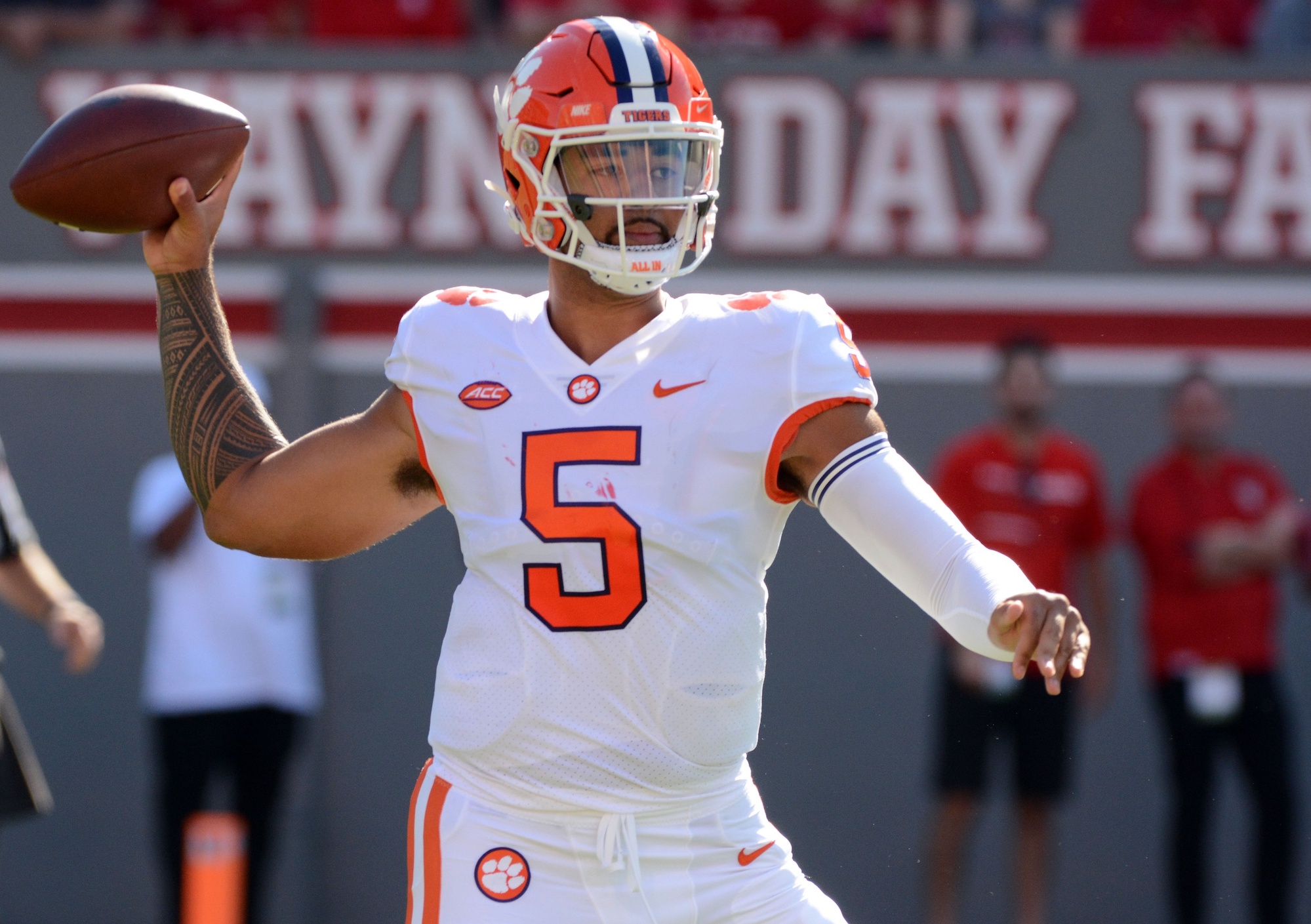 Don’t Give Up On DJ Uiagalelei Yet

Being doubted is nothing new for Clemson Tigers head coach Dabo Swinney. When Swinney was named head coach at Clemson, there wasn’t much enthusiasm among fans considering his resume never included any experience beyond serving as a position coach.

After a 9-5 mark in his first full season at Clemson in 2009, Swinney’s Tigers were 6-7 in year two and the criticism grew louder. Since the losing record in 2019, Swinney has achieved unprecedented success at Clemson and has cemented himself as one of college football’s elite coaches and program builders.

In the 11 seasons since the Tigers went 6-7 in 2010, Clemson has claimed seven ACC Championships and two National Titles. Clemson is 131-21 overall and delivered 11 consecutive double-digit win campaigns. Swinney has completely changed the culture and narratives for the Clemson program but he’s not quick to forget his doubters from that 6-7 year in 2010.

Swinney recently made those remarks at ACC Kickoff when asked about the criticism centered around quarterback DJ Uiagalelei, who after a few high-level performances in 2020 filling in for Trevor Lawrence, failed to build upon those flashes in his first season as a starter in 2021.

By Clemson standards, it was a down year for the Tigers in 2021. The offense struggled in ways not previously seen under Swinney and Clemson failed to make an appearance in the ACC Championship Game after winning the conference the previous six seasons.

After historic runs from Deshaun Watson and Lawrence, the Tigers have become accustomed to enjoying elite-caliber quarterback play. In 2021, Uiagalelei completed just 55.6% of his passes, averaged 172 passing yards per game, and threw just nine touchdown passes with 10 interceptions

Swinney acknowledges that Uiagalelei’s struggles were exacerbated by Clemson not supporting him to the degree it did the Tigers’ previous young quarterbacks.

The success of Swinney and his previous quarterbacks set a high bar for Uiagalelei and future Clemson starters. Those expectations have been earned but it’s important to remember each player is unique in their own way and so is their supporting cast.

Uiagalelei is still writing his story as Clemson’s starting quarterback. He’s a gifted player with a massive frame, exciting arm talent, and impressive mobility for his size. The same quarterback that completed 69% of his passes for 781 with six total touchdowns and no interceptions in two starts as a freshman in 2020 dons the No. 5 jersey today for Clemson.

Swinney was quick to remind the same fans that wanted him fired after a six-win season also wanted him to bench Lawrence for Uiagalalelei.

“They had a lot of great opinions his freshman year, didn’t they?” Swinney exclaimed. “They wanted me to sit Trevor for DJ.”

Despite Uiagalelei’s struggles in 2021, Swinney remains committed and confident in who he is as a person and player.

“I’ve got a lot of confidence in DJ,” said Swinney. “Going to graduate in December. Unbelievable young man on and off the field. One of the best leaders that we’ve had come through. Incredibly committed. He has some scars on him and some shrapnel and some wounds. That’s going to serve him well as he goes into this year. So it’s a game of performance, and you can’t change that. I can talk about how great he is all day long, he has to go do it.