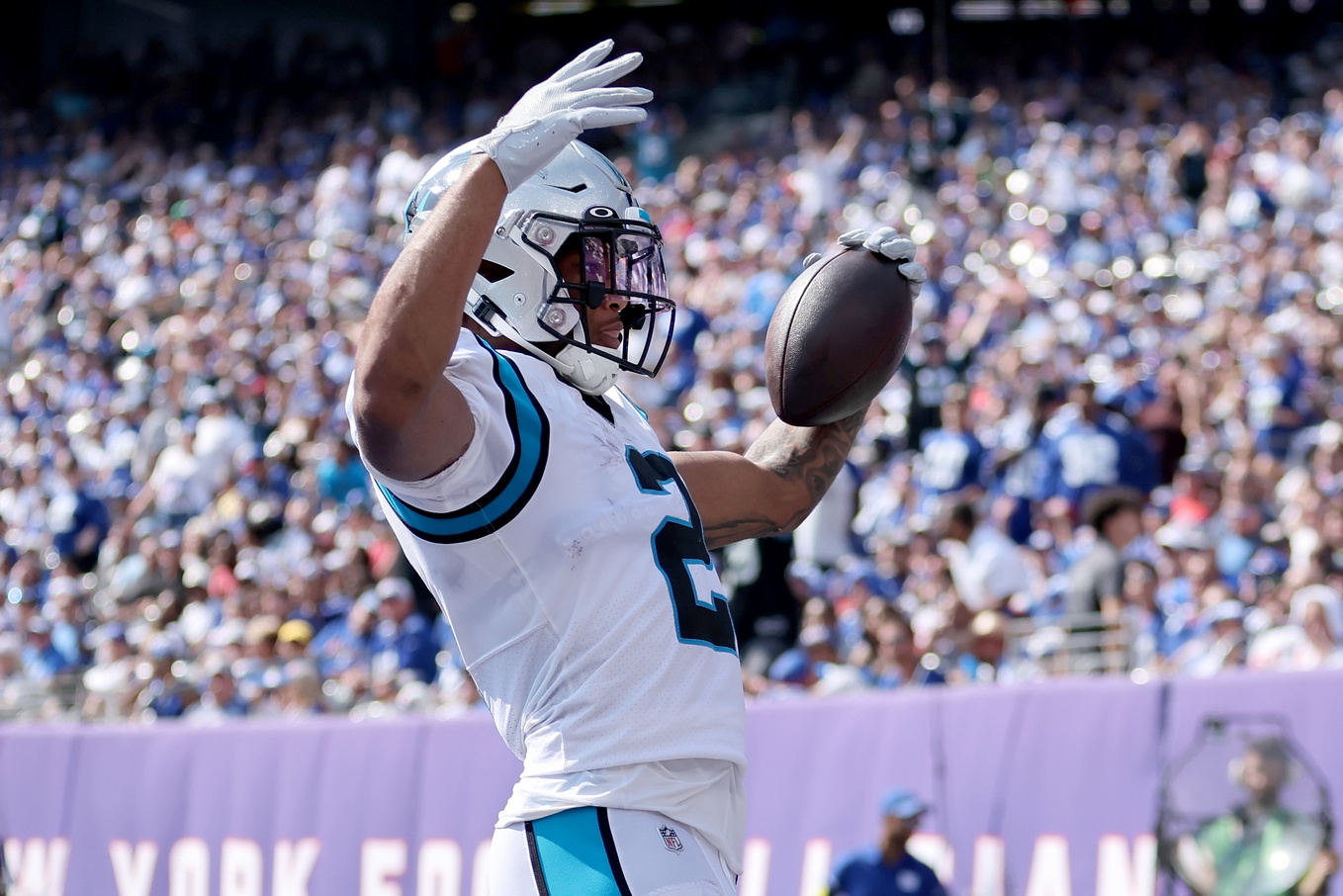 Carolina Panthers wide receiver DJ Moore has been surprisingly uninvolved in the team’s anemic offense. Moore’s outputs have been downright putrid. Through five contests, Moore has totaled just 17 receptions for 197 receiving yards and one touchdown. Moore is on pace to record a career-low 670 receiving yards. It’s an unforeseen development given that Moore entered the 2022 campaign having just enjoyed three consecutive 1,000-yard seasons.

The 1-4 Panthers aren’t utilizing Moore appropriately. Moore is on track to barely surpass previous career lows in receptions (58 this season versus 55 in 2018) and touchdowns (3 this season versus 2 in 2018). A change at quarterback may rescue Moore from an embarrassing finish to his season, however.

Starting quarterback Baker Mayfield is suffering from a high-ankle sprain that’s expected to sideline him on a week-to-week basis. Mayfield has been awful. Mayfield is the least efficient quarterback in the NFL. He ranks 33rd of 33 qualifying signal-callers in expected points added per play (-3.7) and ranks 32nd in completion percentage over expected, per ESPN Stats & Info.

Panthers backup signal-caller P.J. Walker is expected to start Sunday’s contest against the Los Angeles Rams. Throughout his career, Walker has flashed a willingness to pepper Moore with targets. In four games last season where Walker attempted at least 10 passes, Moore recorded 20 receptions on 37 targets for 284 receiving yards. Those numbers are more in line with the production Moore enjoyed last season (9.25 targets per game when Walker quarterbacks). It’s 32 more receiving yards per game (71) than Moore is averaging this season (39.4/game). Moore possesses a career target share of 28.6% with Walker under center.

The 2020 season showcased more of the same, albeit via a smaller sample size. Walker only attempted 10-plus passes in two games that season, but Moore surpassed 100 receiving yards in both games. He totaled 12 receptions on 22 targets for 228 receiving yards. A theme has emerged.

Mayfield and Moore haven’t showcased the expected chemistry. Moore averaged 9.6 targets per contest last season overall (it jumps to 9.8 targets per game alongside Walker in 2020 and 2021). That number has dropped to 7.4 this season. It may sound like a minimal difference, but it would equate to nearly 40 fewer targets throughout the course of a 17-game season (126 this season versus 163 last year).

A rough 22% of Moore’s opportunities have been considered ‘off-target’ throws, per CBS Sports. Moore owns a passer rating of just 56.4 when targeted this season, via Pro Football Focus. Moore has hauled in 45.9% of his targets (17-of-37). Moore has as many touchdowns as he does drops (1 apiece). Mayfield is more at fault for the lack of efficiency.

Offensive coordinator Ben McAdoo also deserves blame for Moore’s lack of productive showings and targets. How much of this is Mayfield’s fault as opposed to McAdoo’s may soon be revealed if Walker receives an opportunity to spearhead Carolina’s offense. McAdoo can’t hide behind Mayfield while he’s sidelined.

Moore has been the subject of trade discussions since this week’s firing of Matt Rhule. Moore remains an uber-talented receiver despite his slow start to the 2022 campaign. Walker may be the quarterback to get DJ Moore to reach expectations again.