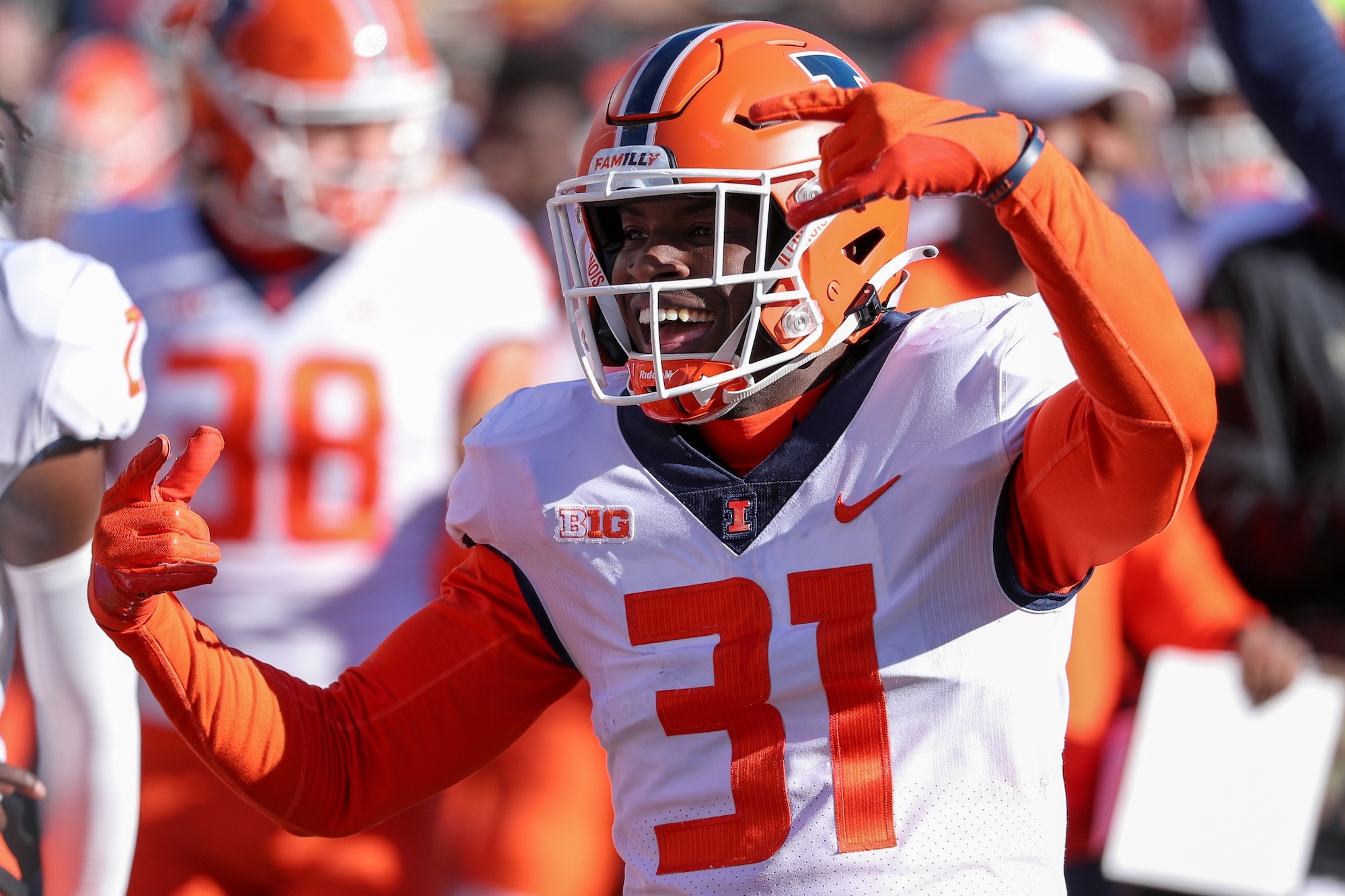 Devon Witherspoon Has Taken His Game To A New Level

A program that fails to be in the conversation when discussing the Big Ten’s elite, Illinois has sneakily become a pipeline of NFL secondary talent. From Kerby Joseph last spring to Nate Hobbs the year prior, it’s now 21-year-old Devon Witherspoon’s show this fall within a deep pool of corner and safety talent for the Fighting Illini.

A four-year impact player within the roof of the defense, Witherspoon has taken his game to a new level in 2022. For a positional group that includes Jartavius Martin and Sydney Brown—who we’ll get to later—it’s been Witherspoon who has drawn the majority of the spotlight due to his eye-popping physicality in the run game and smooth ability in coverage no matter the opponent. At 6-foot-flat and 180 pounds, he isn’t the most physically overpowering talent whose length overpowers at the line of scrimmage or whose verticality is impossible to counter on shot plays, but he’s a flat-out ballplayer that wears many hats as a future defender on Sundays.

Aligned primarily on the left side of the field, it’s been a tall task for quarterbacks when attempting to target his side. His 395 coverage snaps have seen the Pensacola, FL native allow just 21 receptions on 61 targets (34.4%) and zero touchdowns. He’s been nothing short of spectacular. While his knack for turning his side of the field into a black hole through the air has been nice to see on film, his willingness to stick his face in the mud in the run game has spotlighted an athlete NFL teams have risen on their boards. It’s a deep corner class this spring, but Witherspoon has passed every test he’s faced this fall with flying colors.

What’s most translatable is his ability in man, where he’s been as stingy in allowing receptions as any corner in the nation. In 280 man-coverage snaps, he’s allowed just 11 receptions for 93 yards, has seven pass breakups, and has seemingly improved each and every week he is granted an opportunity to compete.

It hasn’t been easy for Witherspoon over the last tandem of ball games, however, as both Purdue and Michigan weren’t shy in targeting his side. Facing 14 targets over the last two weeks has yielded seven catches for just 62 yards. For scouts in search of a battle-tested corner who may go as high as day one, succeeding under the fire as he did this past Saturday in the Big House showcases a corner that checks all the boxes.

Now it’s about remaining consistent and continuing to improve on a game that has earned him an invite down to the Senior Bowl—a neutral platform that will allow his game to enter a newfound stratosphere if all goes well. Devon Witherspoon has just begun to scratch the surface of the elite perimeter stalwart he could become in due time.