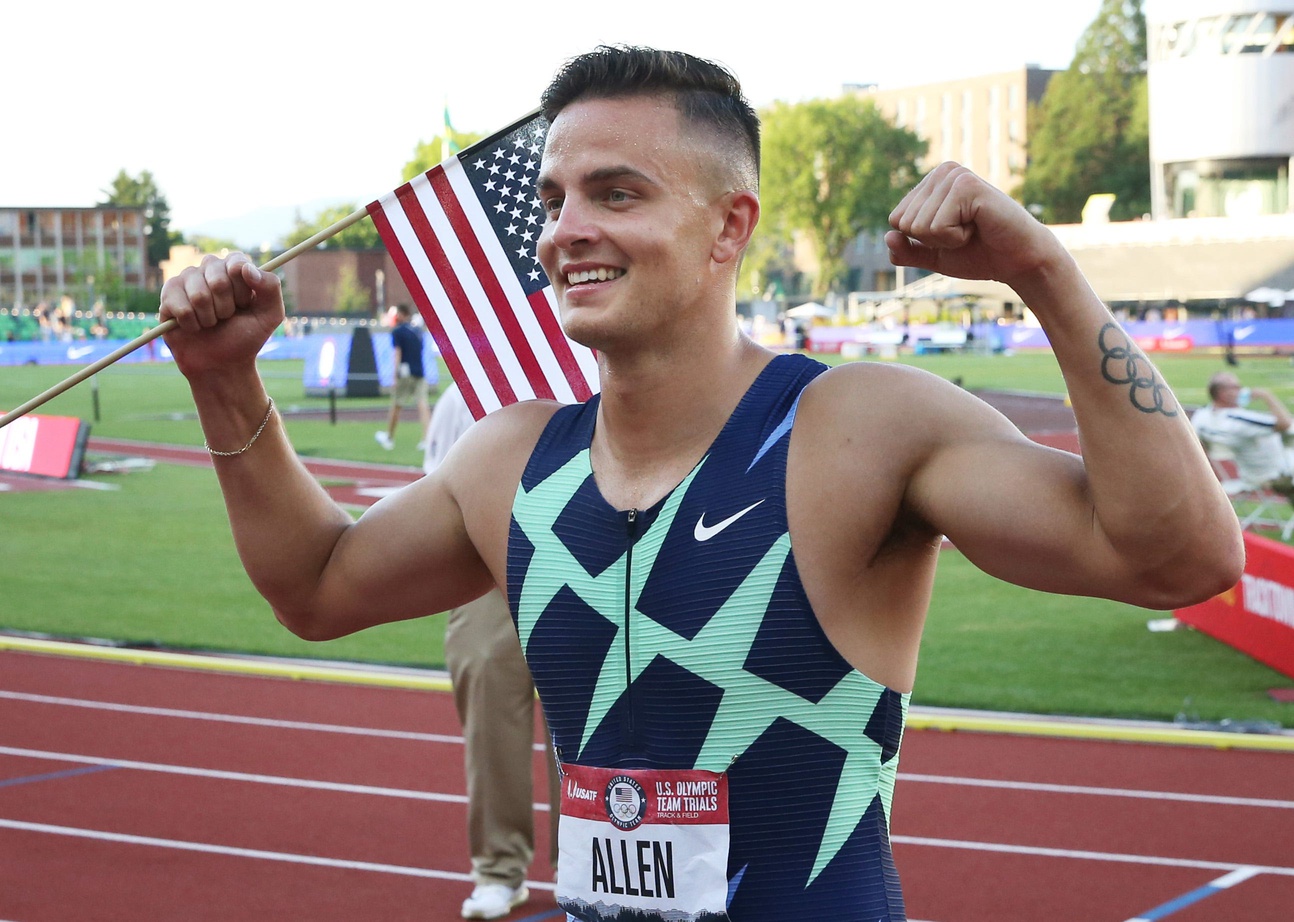 From “Bullet” Bob Hayes to Rocket Ismail and Marquise Goodwin, elite track speed has often trickled its way into the NFL game. While Tyreek Hill has never truly traded in his football cleats to test out the lane lines during his football career at a professional level—like D.K. Metcalf did—a talent battling for a roster spot on the Philadelphia Eagles has presented a unique skill set to a game that includes some of the top athletes in the world of sports. A two-time member of the United States Olympic Team, Devon Allen is the only player of his kind in the NFL.

A wideout with three years of experience on the boundary, while track athletes often earn tryouts or a “look” from teams, competing for targets on the perimeter is nothing new to Allen, a four-year member of the Oregon Ducks from 2013-2016. By no means did he light up the collegiate scene, but working in tandem with former Heisman trophy-winning quarterback Marcus Mariota, Allen proved to be much more than a linear speed threat in the passing game—a narrative surrounding even the fastest of players in today’s game.

The top target for Oregon during their 2014 run to the College Football Playoff title game, the redshirt freshman amassed 41 catches for 684 yards (16.7 YPC) and seven touchdowns. While he failed to work back to 100% in the coming seasons after suffering a knee injury, eventually announcing he was turning professional in track in November of 2016, Allen has worked back into football shape and will challenge for a roster spot in Philadelphia this summer.

It’s a long trek up a steep slope for Allen, who hasn’t buckled a chinstrap in nearly six years, but when you consider the Eagles’ history at the wideout spot and the ‘need for speed’ arms race within every offense across the league, it could work. From the days of DeSean Jackson to more familiar faces in DeVonta Smith, Quez Watkins, and, cover your eyes Eagles fans, Jalen Reagor, General Manager Howie Roseman has never been shy to add guys that can open up the throttle when it comes to perimeter burners. Allen could have more than just a fighter’s chance of making the final 53 if he’s able to recapture his collegiate success and prove to Head Coach Nick Sirianni he’s more than just a unique story as a blazing pass-catcher.

While Allen will continue to balance both track and football this summer, competing in the U.S. Championships from June 23-26 and the World Championships on July 15-24 before reporting to training camp, finding the equilibrium between both professions has provided an extra sense of accountability and attention to detail in his daily process.

“When I’m doing so much—like football and track, trying to balance them both—I need to be really conscious of my recovery, my sleep, my diet, everything like that,” Allen said. “So it had me locked in a little bit more, and obviously it’s working out.”

Time will tell if Allen has what it takes to compete at the NFL level, but if history is a sign, it’s just another hurdle in his way to accomplishing what many thought was impossible.