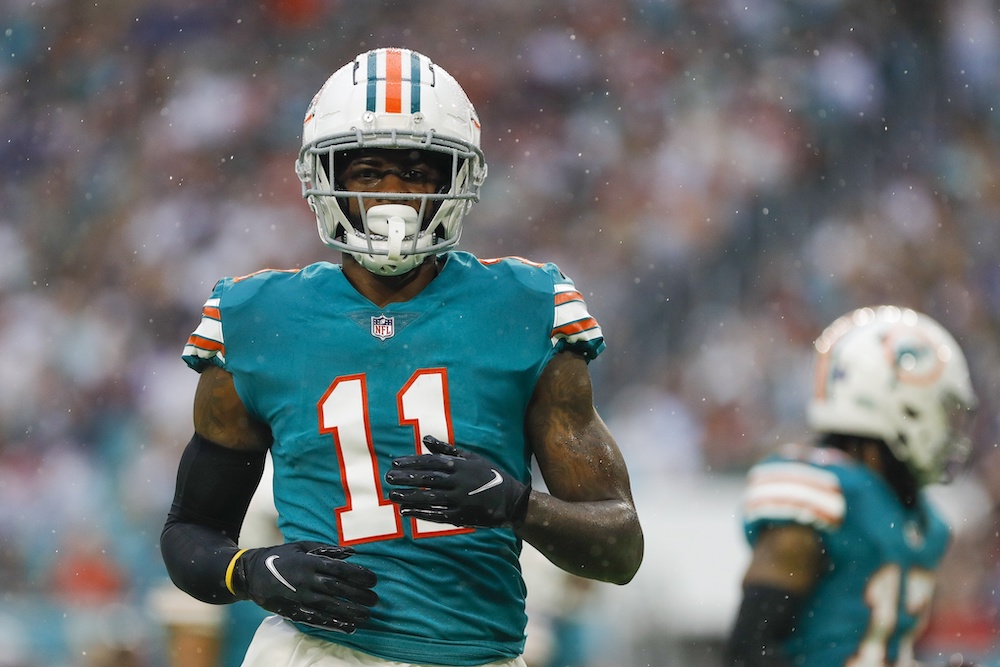 No team has aggressively revamped, retooled and improved their offensive supporting cast in the manner the Miami Dolphins have this offseason. New Head Coach Mike McDaniel arrived from the San Francisco 49ers with a clear vision in mind after spending several seasons working under Kyle Shanahan. To help with that vision, the Dolphins recently added a pair of high-level offensive players in elite left tackle Terron Armstead and game-changing wide receiver Tyreek Hill. Had Miami made these two acquisitions alone, they would have been considered transcendent moves but the Dolphins weren’t done yet. McDaniel guaranteed the improvement of his rushing attack by signing not one, but two quality running backs in Kenyan Drake and Raheem Mostert. Former Dallas Cowboys guard Connor Williams joined via reasonable contract to help improve the left guard position. And finally, wide receiver Cedrick Wilson will provide quarterback Tua Tagovailoa with another weapon in the passing game.

All of Miami’s dealings have unfortunately made receiver Devante Parker an expendable talent. According to multiple reports, competing franchises have begun showing interest in acquiring Parker, who may be deemed as an unnecessary surplus in Miami’s offense. Parker appeared in 10 regular-season contests in 2021, totaling 40 receptions for 515 yards and two touchdowns. The former Louisville standout could help a team looking for additional help on the boundary.

We’ve identified three teams that should consider trading for him

The lone team mentioned in the original report, the Philadelphia Eagles have inadequately addressed their holes at the receiver position this offseason. General Manager Howie Roseman seemingly entered the offseason with the intention to surround promising pass-catcher DeVonta Smith with several appropriate running mates but Roseman has failed to secure most of his potential targets save for Zach Pascal. The Eagles agreed to terms with free agent receiver Pascal in the lone addition at the position, thus far. Pascal is a quality and reliable third or fourth option in the passing game but Philadelphia must acquire a talent that truly moves the needle forward for them.

The Eagles currently possess three first-round selections in April’s draft but relying on a rookie pass catcher to help fix their underwhelming passing offense could be a risky gamble. Pairing that potential rookie alongside Smith and Parker would provide the Eagles with the best trio they’ve rostered in quite some time. The draft misses of Jalen Reagor and J.J. Arcega-Whiteside has left this position in transition. This offseason should be all about surrounding quarterback Jalen Hurts with more weapons in the passing game as the Eagles look to diversify their offensive plan of attack going forward. Parker would slot in nicely on the boundary opposite the ultra-talented Smith.

The new-look Browns should field a significantly more exciting and effective offense in 2022 than they did in 2021. The acquisition of quarterback Deshaun Watson has improved an offense that received inconsistent play from Baker Mayfield last season. The controversial departure of Odell Beckham Jr. created a sizable hole in Cleveland’s receiving arsenal but it’s been impressively addressed by trading for Cowboys superstar receiver Amari Cooper. The Browns still possess a need at the receiver position however, and Parker would immediately slot into their starting lineup.

Head Coach Kevin Stefanski will make a valiant effort towards making his Browns offense more unpredictable and versatile after being extremely run-heavy last season, leaning on running backs Nick Chubb and Kareem Hunt. Cooper will provide Watson with game-changing ability at receiver but if the 2022 campaign were to begin tomorrow, the Browns would still be overly reliant on the likes of Donovan Peoples-Jones, Jakeem Grant and Anthony Schwartz. More is now required at the position. Browns General Manager Andrew Berry has been extremely aggressive this offseason as he pursues guaranteed improvement and there’s no reason for him to stop now. The Dolphins would likely accept a Day 3 draft selection in exchange for Parker’s pass-catching services.

Colts General Manager Chris Ballard has quietly neglected the receiver position this offseason. Much of Ballard’s focus and energy was understandably poured into fixing and addressing Indianapolis’ long-serving quarterbacking woes. Ballard swiftly conveyed his aggressive intentions to upgrade the position by acquiring quarterback Matt Ryan from the Atlanta Falcons roughly two weeks after shipping the disappointing Carson Wentz to the Washington Commanders. With the signal-caller position now taken care of, Ballard must shift his attention to surrounding Ryan with more adequate playmaking weapons.

Michael Pittman Jr. is a terrific receiver that will continue to develop but Indianapolis’ passing offense poses little threat outside of what Pittman has to offer. The aging T.Y. Hilton remains an unrestricted free agent and his prime years are unfortunately behind him. The aforementioned Pascal departed the Colts for the Eagles and Ballard needed to upgrade the position even before that occurred. The oft-injured Parris Campbell, who hasn’t appeared in more than seven regular-season contests in a single season due to recurring injuries, can’t be relied upon to help move the needle forward. The likes of Michael Strachan and Dezmon Paton are not ready to play starring roles, either. Parker would immediately start opposite Pittman in an offense that desperately needs more at the receiver position.