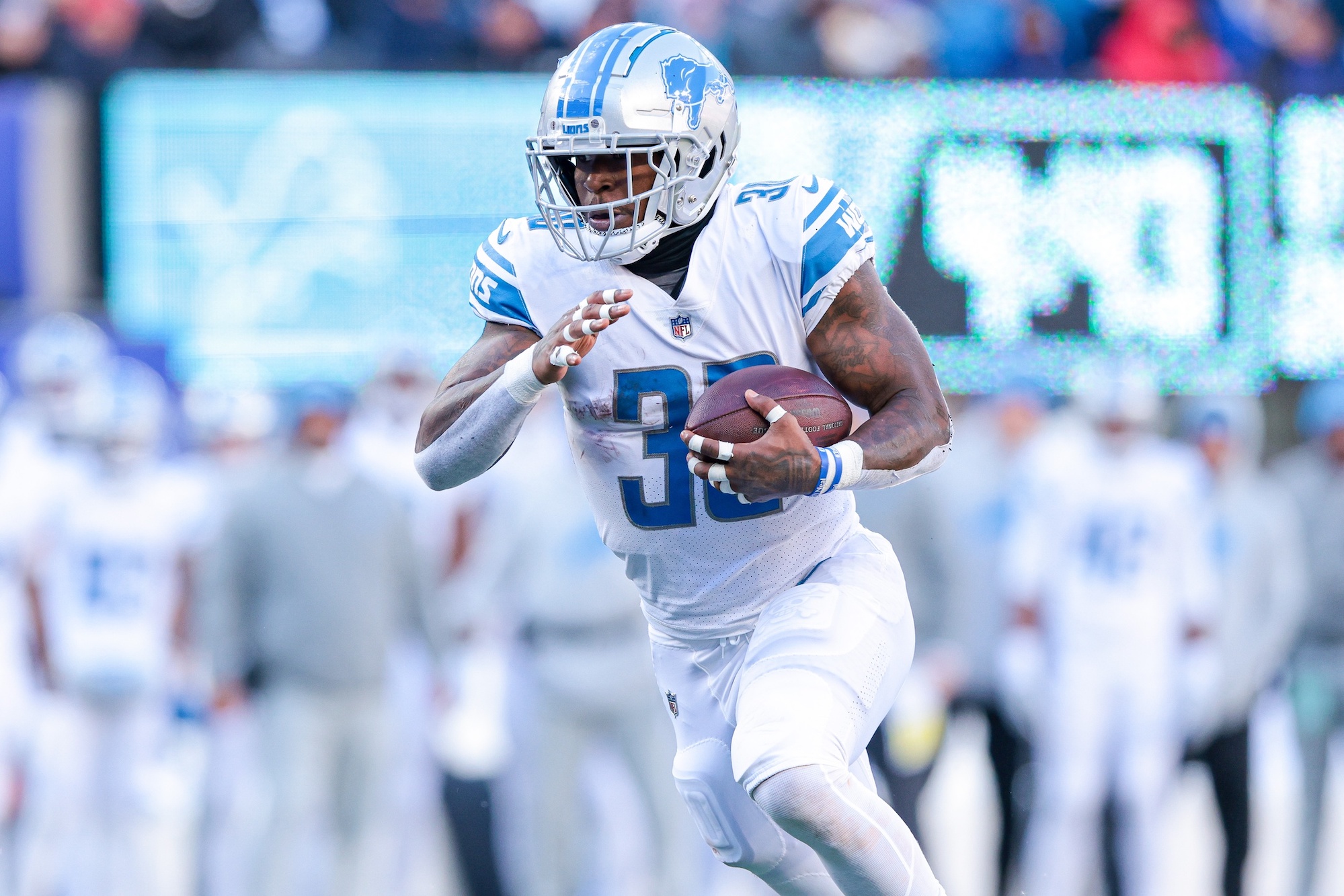 What Does Future Hold For Lions’ Backfield?

Jamaal Williams has become the Detroit Lions’ top running back. That much is known. He leads the NFL in rushing touchdowns. He ran for three more this past Sunday. But it wasn’t supposed to be this way. It probably wasn’t even in the best interest of the Lions franchise for it to be this way. This was supposed to be the year D’Andre Swift took control of Detroit’s backfield.

Through one week, that appeared to be happening. Swift opened the season with a 144-yard rushing performance against the Philadelphia Eagles. Yes, Williams vultured two goal-line touchdowns in the game, but Swift’s 67% snap share suggested Detroit would feature him in the backfield in 2022. The usage trend continued in Week 2, with Swift earning a 51% snap share compared to a 34% snap share for Williams.

But in Detroit’s nine games since Week 1, Swift has combined for 129 rushing yards. What happened? Swift’s lack of production since what was supposed to be his breakout game in Week 1 may be partly attributed to a shoulder injury that forced him to bow out of Detroit’s Week 3 game against the Minnesota Vikings. Swift was forced to miss Detroit’s next three games, and he has alluded to the fact he still isn’t 100% in his recovery from the injury.

The difference in usage and production between Swift and Williams since the former’s return from injury is jarring. In the four games since Week 8, Swift has carried the ball 18 times with an average of 2.33 yards per carry compared to Williams’ 67 for 3.84 yards per carry.

A more concerning trend for Swift is the fact he has lost snaps to former fourth-string running back (and Northwestern legend) Justin Jackson over the past three weeks. Jackson has played 21%, 27%, and 37% of the Lions’ backfield snaps in Detroit’s last three games, compared to 16%, 31%, and 31% figures for Swift. Yes, this means that Swift has ostensibly served as Detroit’s No. 3 running back, in terms of snaps, in two of his team’s last three games.

In the bigger picture, Swift’s disappointing season matters for Detroit’s rebuild. Again, this was supposed to be the year Swift took control of Detroit’s backfield. On paper, he and fellow skill players Amon-Ra St. Brown, T.J. Hockenson, and Jameson Williams made up an imposing young core of offensive weapons. They, coupled with Detroit’s ready-made offensive line and one of the NFL’s brightest young offensive coordinators in Ben Johnson, would provide a cushy infrastructure for Detroit’s next franchise quarterback.

Instead, Swift has not taken control of the Lions’ backfield. Williams has, and he will be a free agent at the end of this season. Swift has regressed as a player, falling to a de facto third option in the team’s backfield. We can essentially chalk this up to one of two reasons: Swift is either still dealing with the aftereffects of his injury, or he has fallen out of favor with Detroit’s coaching staff.

Both options are sub-optimal for Detroit. Swift has yet to put together a full, healthy season in the NFL. His injury woes mean that the team has not been able to get a full evaluation of him as a player. This fact becomes particularly unsettling when considering Swift is entering the final year of his rookie contract next season compounded with Williams’ looming free agency.

Even if the coaching staff still holds out hope for Swift, it makes sense for them to be involved in the running back market this offseason. If he has fallen out of favor, then the position should become a priority. That would have been shocking after Swift’s Week One performance, but it is a reality Detroit may face.

Detroit’s situation still looks appealing for a young quarterback. Johnson’s presence has elevated the offense to one of the league’s best. St. Brown is one of the league’s most promising young receivers. The team’s strength on the offensive line hasn’t waned. At the same time, part of the promise in the situation was the team’s established young talent everywhere but quarterback. The Hockenson trade destabilized the tight end position in the short- and long-term. Williams has not yet provided evidence he will be a complement to St. Brown. And Swift’s disappointing season raises questions as to the team’s stability at the running back position.