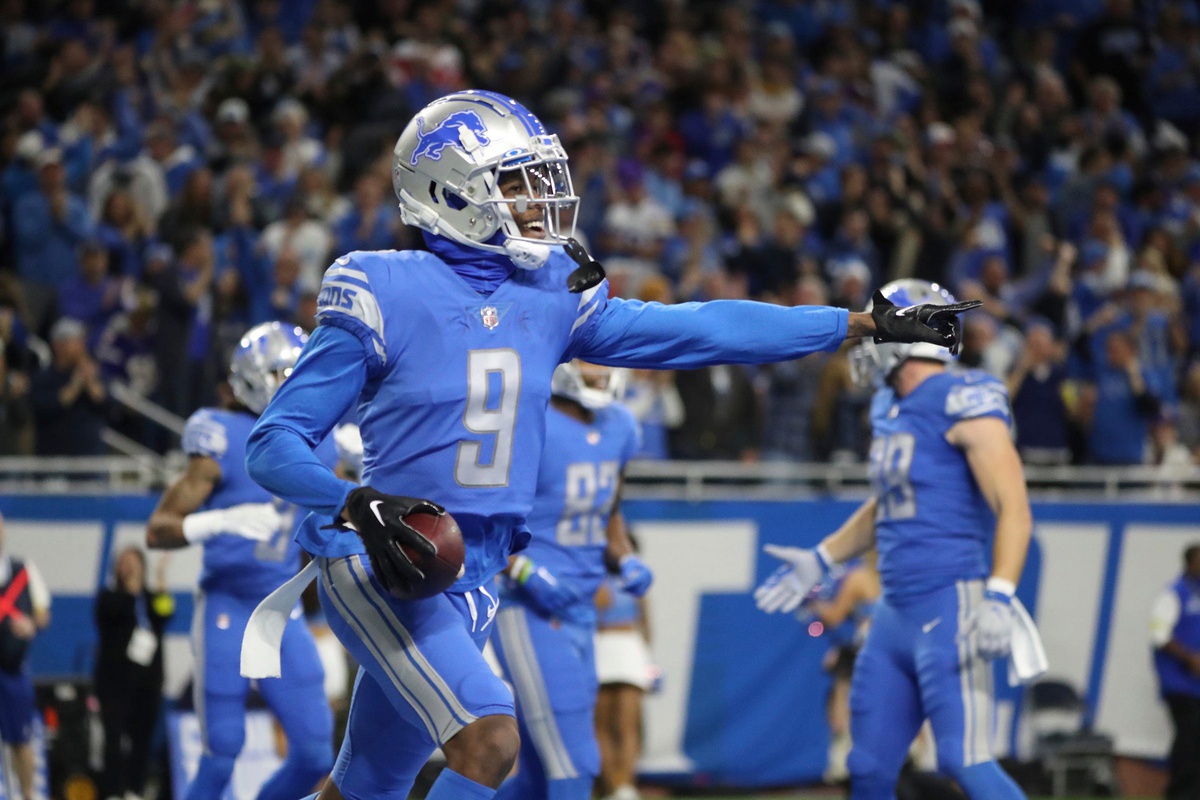 How Can Lions Get Jameson Williams More Involved?

Williams burst onto the scene by recording an explosive 41-yard touchdown reception in Detroit’s Week 14 victory over the Minnesota Vikings.

Johnson is an appropriate candidate to develop a strategy that features Williams with more frequency. Johnson has overseen a Lions offense that’s scoring 26.1 points per contest. The Lions are the fifth-ranked scoring offense in the NFL. Fully unlocking Williams may be the last piece to complete Detroit’s offensive puzzle.

Williams should be running routes to the intermediate areas with increased regularity. Williams has been on the receiving end of one target in the 10-19 yard range this season, per Pro Football Focus. The majority of Williams’ targets (3) have been of the deep (20-plus yards) variety. Utilizing Williams’ dynamic speed to chase explosive plays is straightforward, but they’re also low-percentage plays. Williams is a smooth route-runner that could capture momentum for himself by being employed in areas of the field where he’s capable of routinely winning against opposing cornerbacks.

Placing Williams in the slot could also prove to be a winning strategy. Williams has seen just five snaps in the slot according to PFF. Williams has played 38 snaps on the boundary by comparison. Williams did significant damage as an NFL draft prospect at Alabama while playing the slot position. Getting free releases from the slot places Williams in advantageous positions and allows him to quickly win routes with his natural quickness.

The Lions should also consider increasing Williams’ snap count. That’s one surefire way to ensure the former Alabama standout is more involved. Williams played just 11 snaps in Sunday’s disappointing loss to the Carolina Panthers. It accounted for 17% of Detroit’s total offensive plays. It was actually a slight step back from the 13 snaps apiece Williams played in Weeks 14 and 15.

The Lions are being cautious with Williams’ late-season return from a torn ACL injury. It’s fairly understandable, but perhaps the Lions should have considered shutting Williams down altogether if they’re going to waste his rookie campaign by utilizing him on 10 unimaginative plays per game. Williams requires more than a handful of plays and one target per contest to make an impact.

Lions general manager Brad Holmes executed an aggressive trade-up in order to select Williams with the No. 12 overall selection in the 2022 NFL Draft. The Lions remain high on Williams’ potential and long-term outlook. It’s time they start using him appropriately. Detroit’s offense has grown stagnant as of late. Getting Jameson Williams more involved could be the remedy required as the Lions prepare to make a late-season postseason push.