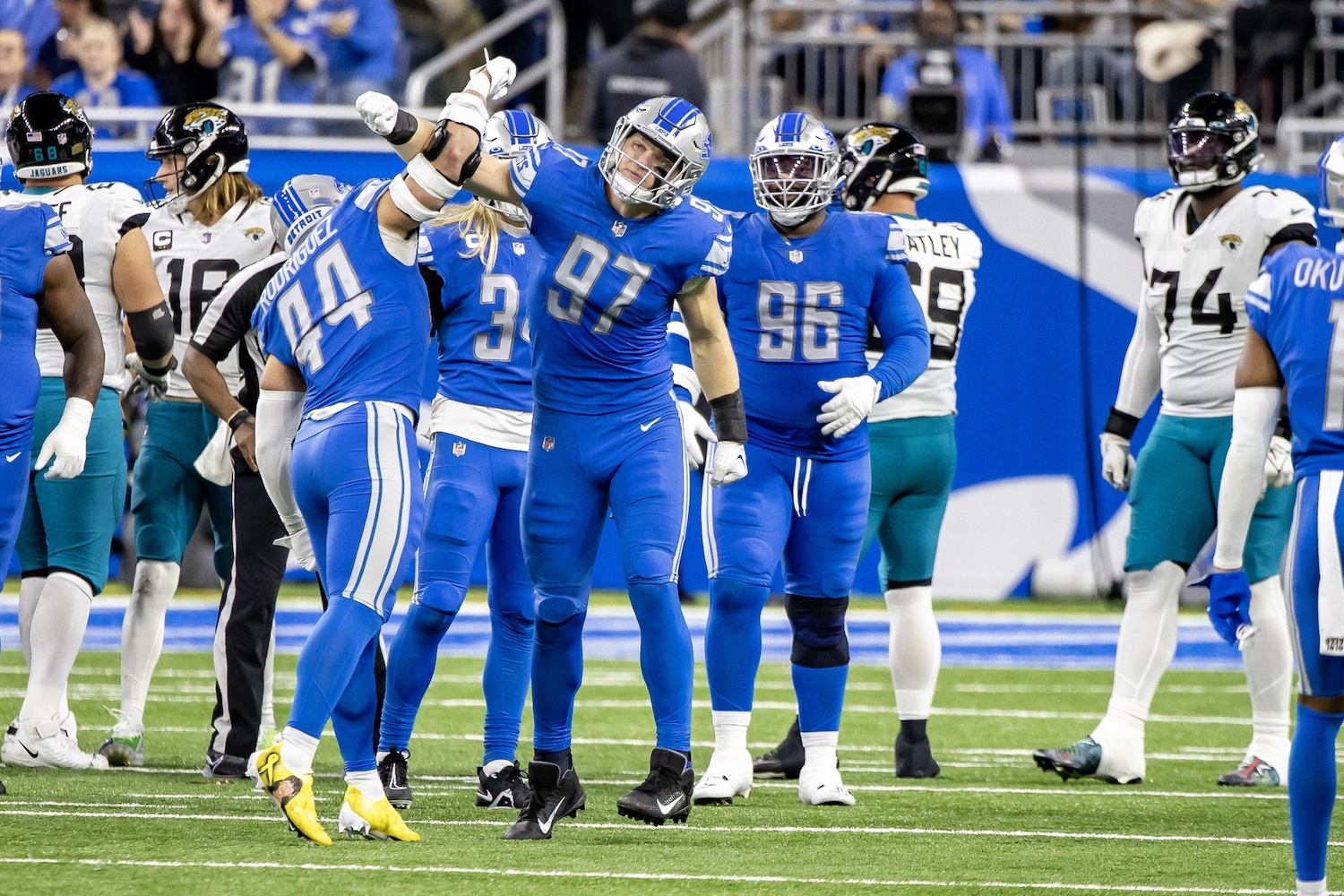 During a year in which we’ve seen plenty of rookies across the league balling out, the Detroit Lions’ rookie class deserves special recognition for how much they’ve contributed to their team’s success.

For a team that’s been rebuilding for what feels like forever—the Lions have made the playoffs just 12 times in over 60 years and haven’t won a playoff game since 1991—getting contributions from young players is critical. A solid core of young players is always what has to provide a foundation for a rebuilding team, and obviously, the stronger the core, the better the foundation and the better the team down the road. For the first time in a while, there seems to be a very solid core of young players forming in Detroit, and this year’s rookies are a huge part of that.

The most obvious rookie to point to as the leader of the rookie class is the guy the Lions drafted with the second overall pick in the 2022 NFL Draft: edge rusher Aidan Hutchinson. After a start to the season that featured production that was either feast or famine, Hutchinson has started to feast with more consistency. That included a good performance against the Minnesota Vikings—a sack, two tackles for a loss, and two quarterback hits—en route to a big Lions divisional win at home.

Hutchinson isn’t alone as one of the Lions’ big rookie contributors on the defensive side of the ball. With him in the front seven are linebacker Malcolm Rodriguez and edge rusher James Houston, who really have been stepping up in recent weeks as well.

Rodriguez, a sixth-round pick this year, has been a starter for Detroit all season. He’s made plays thanks to his instincts, quick twitch, and physicality. His seven tackles for a loss are second of all rookies this season, and he’s also gotten a sack, a forced fumble, and a couple of pass defenses on his résumé so far this season. Along with Hutchinson, Rodriguez has appeared to be one of the great young leaders the Lions can continue to build around.

Where Rodriguez had been a standout for the team since the preseason, Houston, on the other hand, has been a true revelation for Detroit just in the last three weeks. For the first 11 weeks of the season, Houston, also a sixth-rounder, was on the Lions’ practice squad. It wasn’t until the team placed defensive end Charles Harris on injured reserve in late November that Houston was called up to the active roster. He made an impact immediately. Like, “two sacks in his first five (5!!!) NFL snaps” immediately.

The rookie said watch me do it again! #BUFvsDET | 📺 CBS pic.twitter.com/TIw9hqDPr4

The Jackson State alum became the first player with two sacks in his NFL debut since Myles Garrett and T.J. Watt did the same in 2017. But Garrett and Watt had 45 and 66 snaps to get it done, respectively. Houston did it in—and I cannot stress this enough—FIVE DEFENSIVE SNAPS. That wasn’t enough for the rookie though, who went back out the next week and recorded his third career sack with just 12 more snaps in Week 13 and then his fourth career sack the following week with just 21 more snaps. With four sacks in his first 38 career snaps, that means Houston is averaging more than one sack every 10 plays. Naturally, four sacks in three career games also set a new franchise record as well.

James Houston with the Skip to My Lou pass rush. pic.twitter.com/lDsbxgm5ch

Ending the first half with a sack courtesy of @Jthouston_4!#MINvsDET | 📺 FOX pic.twitter.com/gtwYzmyOuH

Those guys still aren’t the only Lions rookies that have stepped up on the defensive side of the ball. In the Detroit secondary, safety Kerby Joseph has been on the prowl and making plays, especially recently. Since Week 7, Joseph has three interceptions (including two against Aaron Rodgers), two forced fumbles, a fumble recovery, and five pass defenses. Where Hutchinson and Rodriguez have stepped up to be defensive leaders in the front seven, Joseph has taken on a similar role in the secondary with his outstanding play.

It’s not all defense though in this rookie class! First-round receiver Jameson Williams finally made his debut in Week 13 after surgery to reconstruct the ACL he tore in the CFP National Championship in January. After a limited debut, Williams got some more playing time in Week 14 and made quite a strong impression out of the gate.

FIRST NFL CATCH IS A TOUCHDOWN FOR @bigsgjamo!#MINvsDET | 📺 FOX pic.twitter.com/2vd9oiRmYe

Between Williams, Joseph, Houston, Rodriguez, and Hutchinson, the Lions have a really strong group of rookies to be excited about. As time goes on and each player gets more experience, they’re only going to get better and grow into leadership roles, further solidifying the Lions’ young core and improving their foundation through their rebuilding period.

The future is bright for Detroit, and this rookie class is a huge reason why. 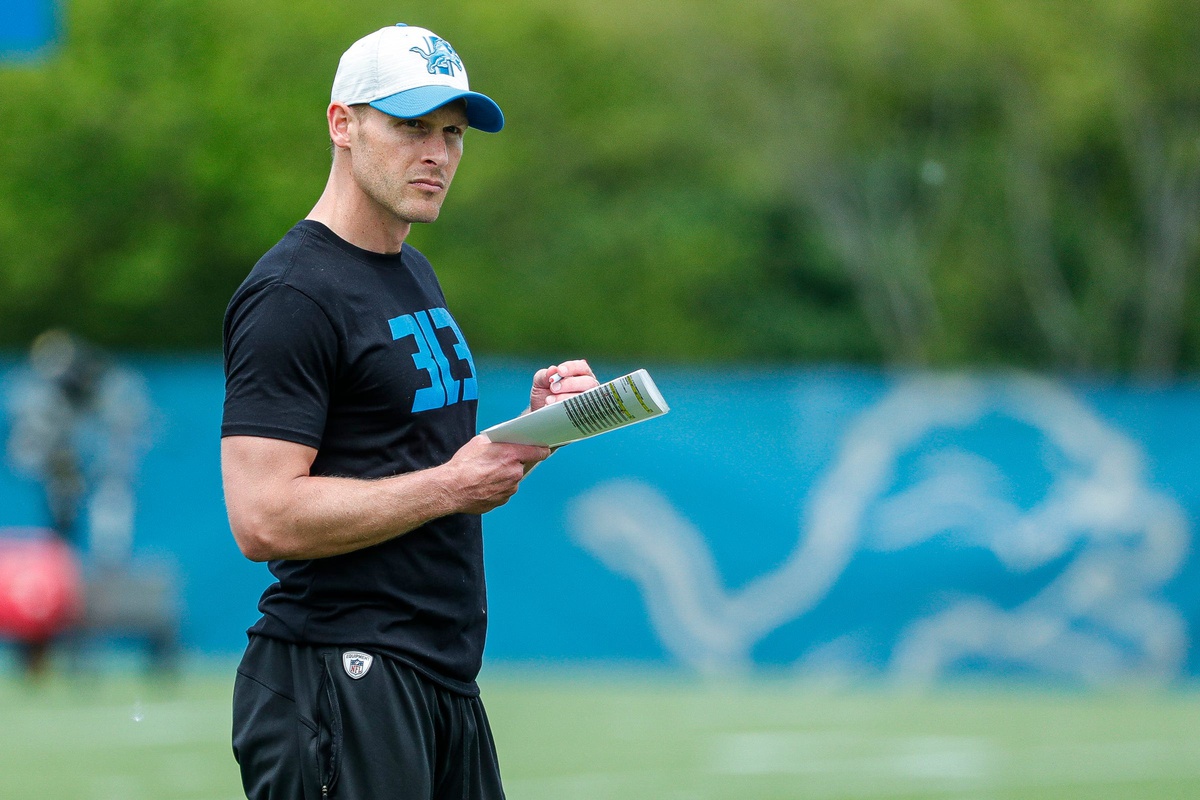 Did Ben Johnson Make Right Decision To Stay With Lions? 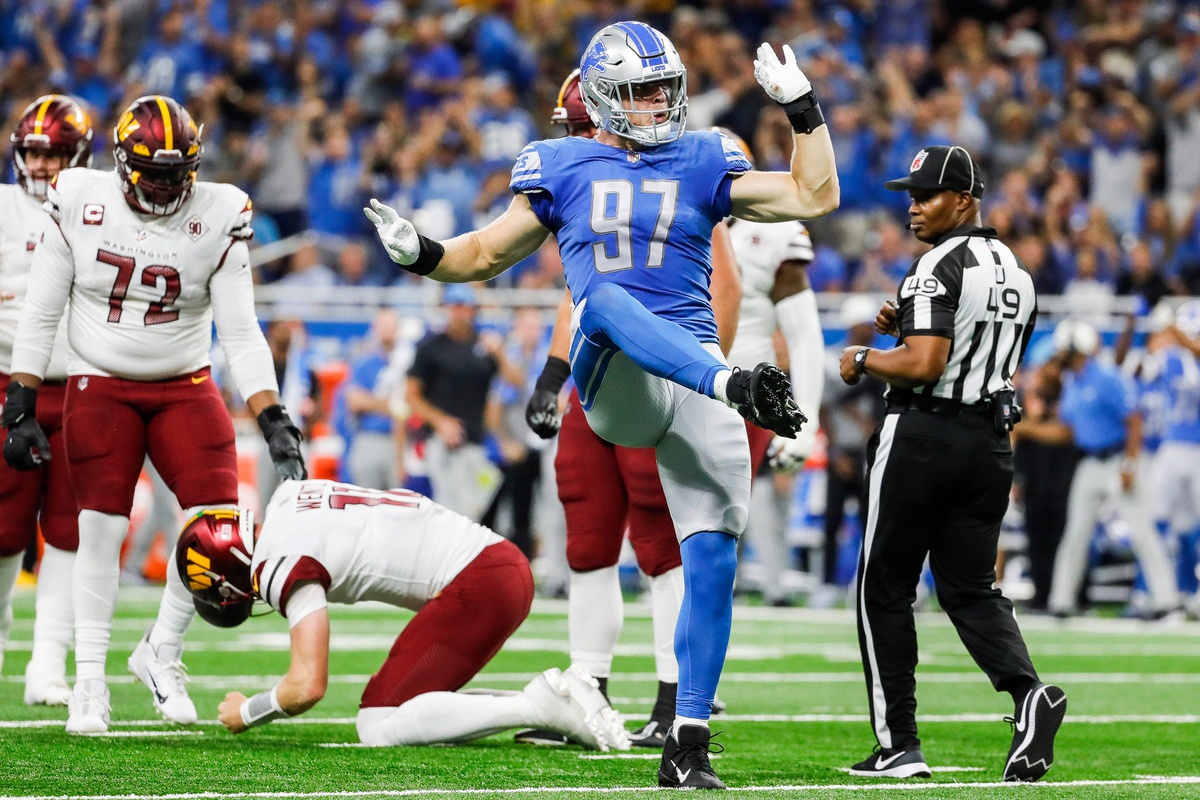