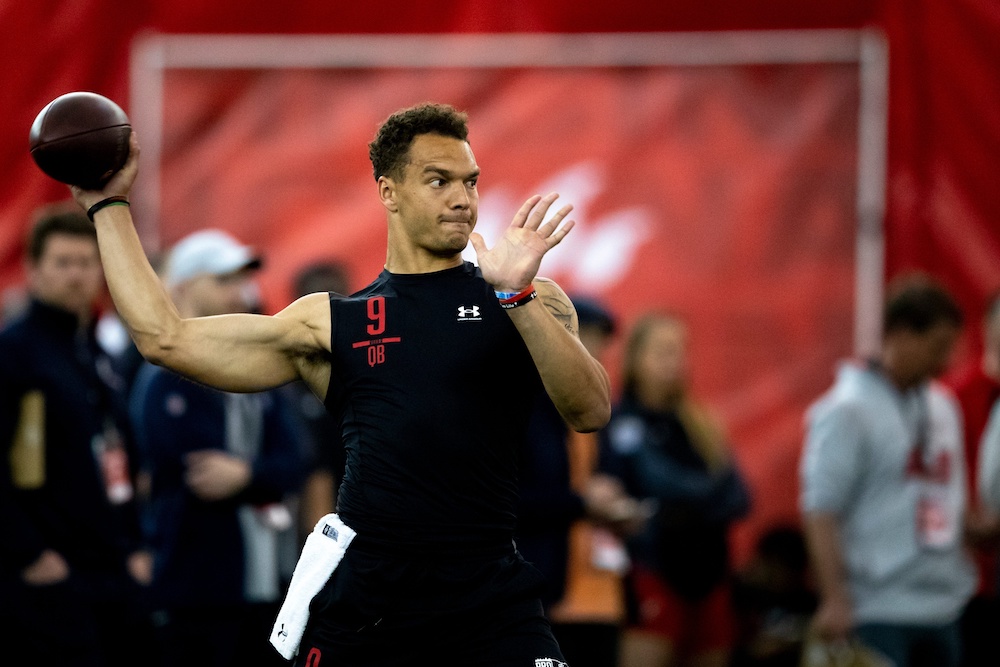 Making a Case for Desmond Ridder to Pittsburgh

With the 20th overall pick and a roster ready to compete, the Pittsburgh Steelers have found themselves in an opportune spot with just a few weeks until the NFL Draft. While the Big Ben era has come and gone, and Head Coach Mike Tomlin looks set on entering the year with Mitch Trubisky as the starter under center, in my best Lee Corso impression – “not so fast.”

As we creep closer to the start of round one and rumors enter warpspeed, the Steelers’ selection on night one, wherever it may be, has become one of the major storylines to follow with a need still remaining under center. After signing Trubisky, Pittsburgh from the outside looked to have their man. A young talent just a few years after a failed tenure in Chicago, Pittsburgh not only presented the ideal opportunity for Trubisky to start, but start for potentially five, ten years down the road. It was a nice match considering the pros and cons of the former top five pick. There’s no shortage of pros, including 50 starts as an NFL signal-caller at just 27 years old and fresh tread on the tires of a dual-threat playmaker. The cons are numerous but a 29-21 record under a front office tandem often scrutinized for the lack of mentorship and development makes a firm case that under Tomlin and an experienced offense, Trubisky could succeed. However, it’s a ‘what have you done for me lately’ league and with a bevy of fresh talent set to enter the league in a few short weeks, you’d be remiss if the interest surrounding one, or a few, of the quarterbacks in this class hasn’t intrigued Tomlin enough to potentially make a move.

You’ve heard the name, you’ve seen the film and making the case for Cincinnati’s Desmond Ridder to Pittsburgh doesn’t require a plethora of examples – the kid can flat out play football. He’s a player with the leadership ability to rally a room and the traits necessary to lead an NFL offense – two abilities rarely found anywhere, especially if you glance around what is to be considered a substandard quarterback class this spring. Cincinnati’s captain and the first signal-caller to lead the Bearcats to the College Football Playoff last fall, plugging Ridder in to compete with Trubisky is a bet I’d go ‘all in’ on. And I think Ridder would come out victorious.

While it’s not to say Pittsburgh won’t give Trubisky a shot – he may very well be the starter come Week One – but with Tomlin’s presence at the Senior Bowl (where Ridder competed) and a visit to Cincinnati’s Pro Day, where he also took Ridder and a few of his teammates out to dinner, bodes well. By no means does that tip the hand of Tomlin in that Ridder could be the guy, but what would Tomlin and longtime General Manager Kevin Colbert’s career look like if they hadn’t consistently looked to improve the roster over the last decade and half?

It’s just the way business goes in the NFL. Sure, Ridder needs improvement in specific areas of his game. Is any of this to say he’d enjoy similar success to that of Roethlisberger in his first season (15-1)? Absolutely not. But iron sharpens iron and when it comes to Tomlin and maintaining his track record of above .500 football, you’d be silly to dismiss the fit of Ridder in the black and gold come the end of Round 1.