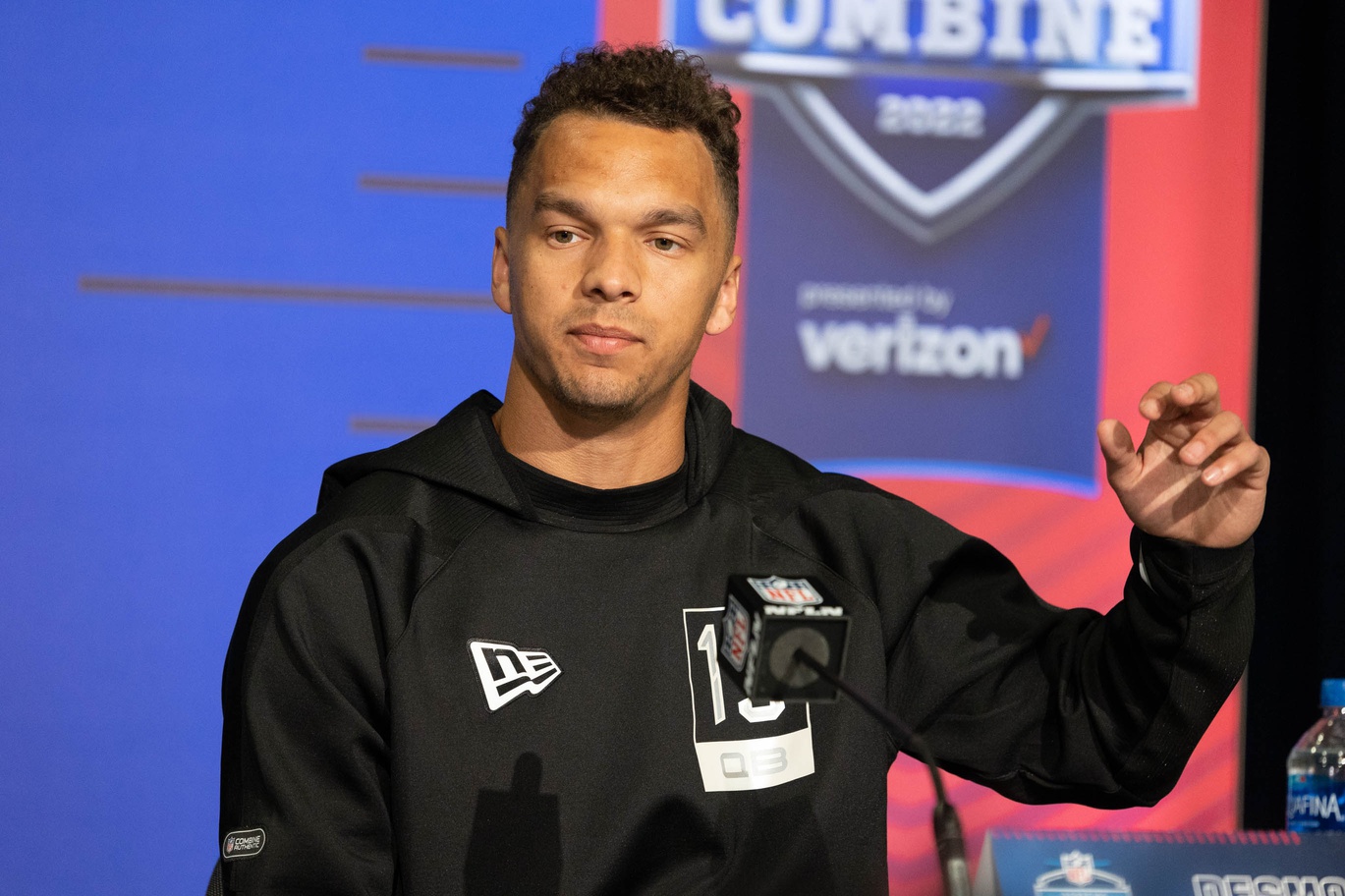 Desmond Ridder Is More Than Fine Being A Game Manager

Most aspiring NFL quarterbacks would like to compare their games to some of the top names who are currently playing the position. You know, guys like Josh Allen, Patrick Mahomes, Lamar Jackson, or Joe Burrow. Cincinnati Bearcats quarterback Desmond Ridder, on the other hand, compared himself to a couple of guys. The first was Deshaun Watson. The other: Ryan Tannehill. Don’t get me wrong, Tannehill is a solid quarterback in today’s NFL. He’s reinvigorated his career with the Titans and found some success in recent years, but he’s not cracking anyone’s top 10 of NFL starting quarterbacks in 2022. There aren’t many young quarterbacks who would look at Tannehill as someone they try to model their game after. When asked to elaborate on what they have in common, the first thing Ridder brought up was the Tennessee quarterback’s ability to be a “game manager.” That’s another unique thing for a young quarterback to bring up. For a quarterback to be a game manager, that usually means he doesn’t have the ability to take over a game with athleticism and monster statistics. Instead, a game manager puts up consistently average statistics while making few mistakes as the team relies mostly on short passes, their run game, and a strong defense to win games. Think of guys less like Justin Herbert and more like Kirk Cousins. Most young gunslingers don’t want to be game managers. After all, who doesn’t want to be that star NFL quarterback like Mahomes, putting up video game numbers that no one has ever seen? But big numbers aren’t the primary goal for the Cincinnati product. “At the end of the day, all this is about is wins—being able to win by one point or being able to win by 40 points. That’s really all it’s about in this game of football, and sometimes [Tannehill] finds ways to get that done,” Ridder said. “I’m a winner, that’s what I do. And when I have the ball in my hands, I’m going to control it and be able to manage the game.” It’s worked for him so far. Ridder’s stats were never eye-popping, but he was consistent while making few mistakes, which led to plenty of wins in his collegiate career. He won 44 of his 48 starts in his time at Cincinnati. He never lost a game at home, and he led the Bearcats to an undefeated season and a playoff berth as a senior. For a quarterback who preaches the importance of winning over everything, Ridder absolutely has the track record to back it up. Even with that being the case, the Cincinnati product is focusing on showing off his skills at the Combine. He isn’t relying on letting his high win total in college speak for him. “This is a new stage. I’m not going to be going into an NFL locker room talking about the wins I had in college because a lot of those guys would just probably laugh at it,” Ridder said. He’s right. Being a game manager in college and winning a lot of games at the collegiate level doesn’t translate to success at the next level by doing the same thing. Ridder’s job at the Combine and when he gets to the NFL is to prove he can maintain the consistency and lack of mistakes he had in college. If he does, he could be a good game manager at the next level, likely finding success and, most importantly, winning games if he ends up in the right place. After all, that’s just what Tannehill has been able to do.