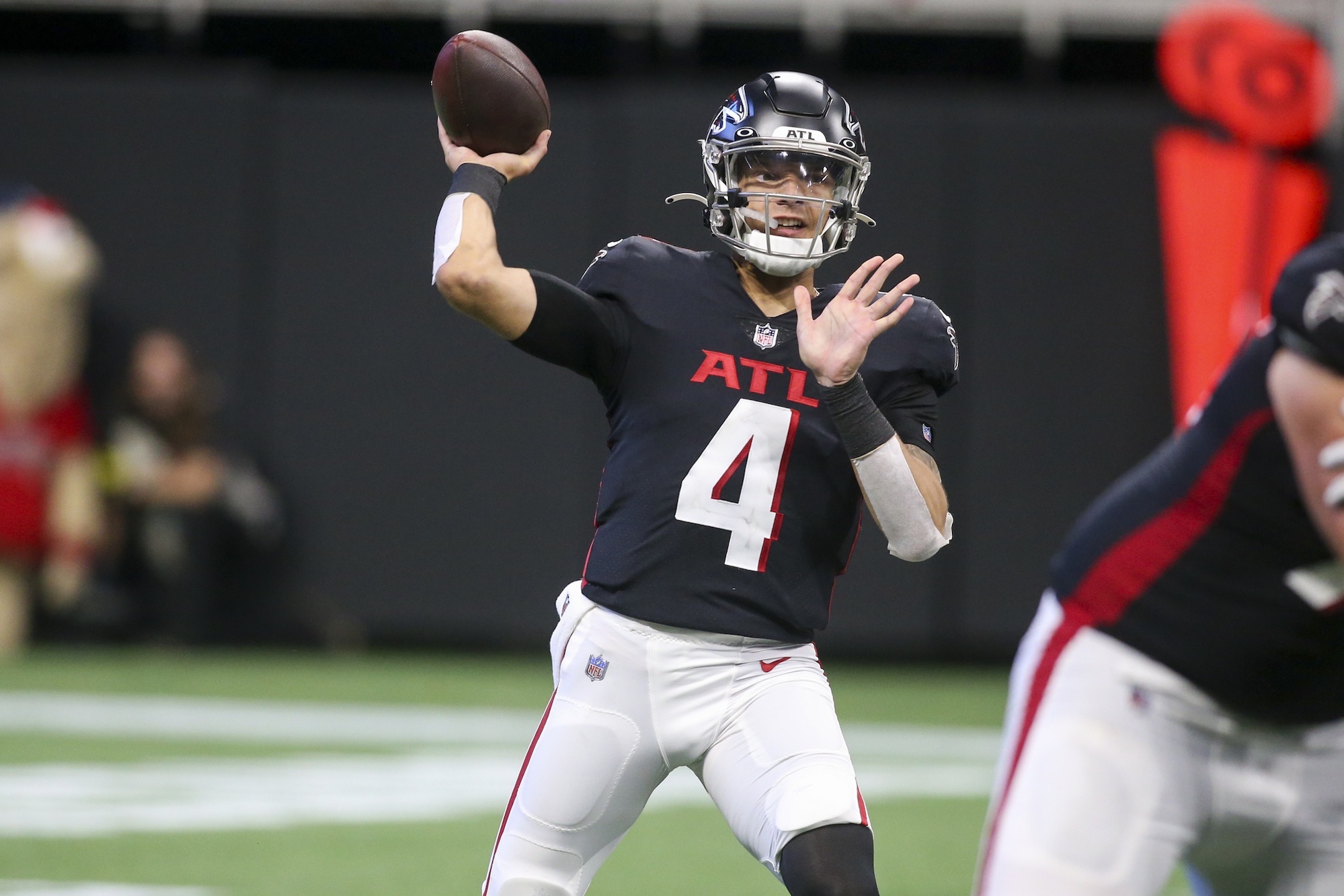 The Atlanta Falcons suffered a difficult defeat on Sunday, falling 19-16 to the Pittsburgh Steelers. Atlanta’s passing game was non-existent. The Falcons netted 160 passing yards against one of the worst passing defenses in the league. The Falcons will now enter a Week 14 bye and should consider making a change by starting rookie quarterback Desmond Ridder against the New Orleans Saints in Week 15.

Marcus Mariota was abysmal in his most recent outing. Mariota completed 13-of-24 passing attempts for 167 yards, one touchdown, and one interception. Mariota’s fourth-quarter interception sealed the victory for the Steelers. The Falcons must end the Mariota experiment immediately and turn to Ridder.

Minkah Fitzpatrick picks off Marcus Mariota to end the game.

Will we see Desmond Ridder this season or nah?pic.twitter.com/ZeVxvyxfEs

“We’ll evaluate everything,” Smith said. “I have some private thoughts but we need to decompress, we need to meet as a staff.”

The Falcons are averaging 155.7 passing yards per contest. They’re the 31st-ranked unit in that department, trailing just the Chicago Bears (140.6/game). Mariota has been completely ineffective. Mariota is personally averaging 170.7 passing yards per game. He ranks 32nd among all quarterbacks in that statistic. At the risk of pointing out the obvious, there are 32 starting quarterbacks in the NFL.

Mariota hasn’t completed more than 65% of his passes in a game since Oct. 30. He’s completing just 61.3% of his attempts through 13 regular-season contests. Prior to Sunday’s lackluster showing, Mariota had been off target on 18.9% of his passes, sixth-worst in the league, per ESPN Stats & Info. Three of the quarterbacks ranked behind him in off-target throws have already been benched (Davis Mills, Zach Wilson, and Carson Wentz). Mariota looks like he’ll be the next one in favor of Ridder.

Mariota isn’t executing Smith’s concepts with success. Smith’s passing-game offense relies on play-action. It’s been that way since he was the offensive coordinator for the Tennessee Titans. Mariota is currently completing 58.9% of his play-action attempts, per Pro Football Focus. He’s averaging 6.3 yards per play-action attempt and has thrown six touchdowns versus five interceptions. Creating explosive (20-plus yards) passing plays has been a season-long issue too. Mariota has completed a dreadful 27.1% (13-of-48) of such attempts. Five of his nine interceptions have occurred on these attempts.

Mariota has been generally inaccurate and the advanced statistics indicate just that. Mariota isn’t protecting the football at the desired clip either. Mariota’s nine interceptions are tied for No. 28 in the league despite limited dropback attempts. He’s failing to take advantage of his high-level weapons such as Drake London and Kyle Pitts. It qualifies as quarterbacking malpractice.

Ridder has waited patiently in the wings. He’s routinely received praise for his grasp on Smith’s playbook. Preparing Ridder to start Atlanta’s Week 15 contest throughout the bye week would be a wise strategy. It would give the former Cincinnati standout his best chance at achieving success down the stretch.

The 5-8 Falcons only remain in postseason contention due to their placement in the NFC South. Mariota was always a bridge-type signing at quarterback. It simply hasn’t worked out. General manager Terry Fontenot can’t possibly enter the offseason without evaluating Ridder and his team’s need at quarterback. Smith has shown enough patience. Desmond Ridder should start Atlanta’s final four games.