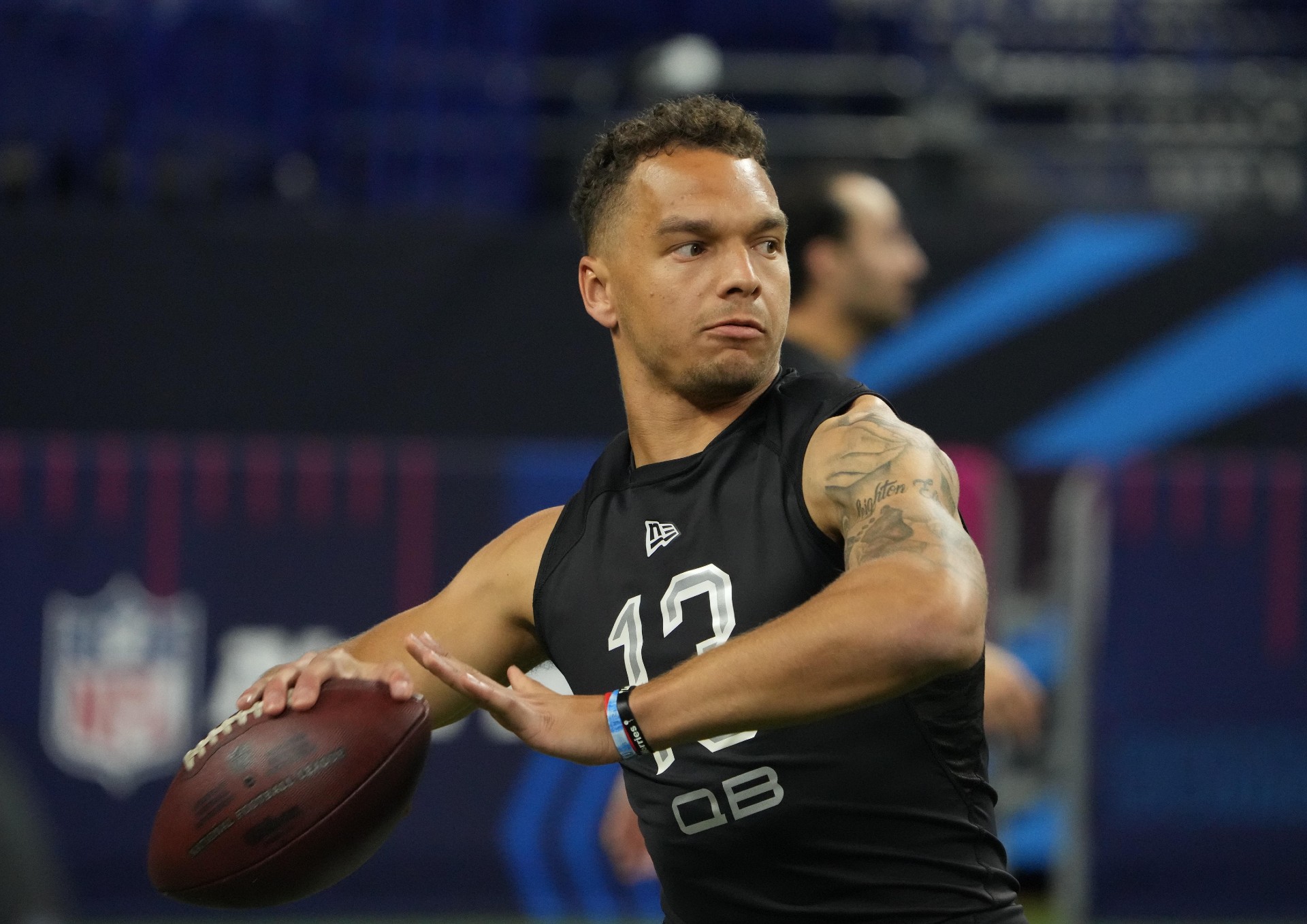 The Cincinnati Bearcats came close to winning an AAC Championship Game in 2019 but fell 29-24 to the Memphis Tigers. It was a closely fought game that was 21-20 in favor of the Bearcats heading into the fourth quarter. Losses like that one are tough to deal with, given the stage and the margin in which a team comes up just short. This particular loss to Memphis came roughly one week after Cincinnati fell to those same Tigers, 34-24. That small stretch is one that quarterback Desmond Ridder, a potential first-round selection in the 2022 NFL Draft, recalls well and believes marked a shift in the mentality of the team on what it took to achieve it all.

“I would say that’s when things turned for us and we realized we had to kick it up a notch to take things to another level… (preparing for those games) was like every other week but sometimes we got caught up in things and too worried about where we were going to play, when we were going to play and in those two weeks, we were overthinking everything and we played timid and we did not play our best ball,” Ridder said. “For me, it showed what it takes to be a championship team and that’s exactly what we came back and did the next two years.”

The chord that it struck for the Bearcats turned into positive momentum, and the team went on to win the AAC Championship in 2020, topping Tulsa 27-24, and doing what no one thought they could by being the first Group of Five team to make the College Football Playoff in the 2021 season.

Regardless of the ultimate outcome of that CFP game, Cincinnati earned rightful respect—Ridder very much included.

The former Bearcats signal-caller is confident in what he brings to the table and his ability to transition to the next level, recently calling himself the most NFL-ready quarterback prospect ahead of April.

“I think the biggest thing I bring is experience. There are a lot of quarterbacks who might redshirt a couple of years and then go and sit behind a senior for another year and then play a couple of years and then go on to the draft,” Ridder said. “But myself, I’ve played all four years and have a lot of experience on the field. Being around the locker room and preparation and I think the way I prepare for a game on a weekly basis is the best in the country. As far as leading the locker room, I think I’m the No. 1 quarterback able to do that and take grown men under their wing and lead them to a championship.”

In terms of his responsibilities at the line of scrimmage, Ridder had a decent amount on his plate and doesn’t see his pre-snap responsibilities in the NFL as being a major adjustment and thinks the biggest transition will simply be adjusting to the speed of the game at the next level.

“At Cincinnati, we did signals. We would get the play in from a signal, no huddle,” Ridder said.  “I’d go up to the offensive line and if it was a run play, I would give them the run protection and if it was a pass play, I would give them the pass protection. With the pass protection, I had the responsibility of changing it, whether it was flipping it to get it going the other way, bringing a back in to make it a six-man, bringing a tight end in to make it seven-man. Other than that, we had some checks, where we’d be able to check the play. Getting the play in your helmet and then going in the huddle and spitting it out and getting up there and processing everything, I don’t think that will be too difficult for me.”

While Ridder largely managed the game well throughout his career, some analysts had questions surrounding his ability to be accurate on a consistent basis and to be a playmaker in his own right game in and game out, despite the important role he played in some of Cincinnati’s comebacks over the course of his college career. He guided the Bearcats to an undefeated regular season and a 35-20 conference championship win over the Houston Cougars while completing just under 66% of his passes for 3,190 passing yards with 30 touchdowns and eight interceptions in 2021.

Ridder has been putting in work this offseason with Jordan Palmer in Dana Point, California to fine-tune some aspects of his game in the pocket and in other aspects and is reaping the benefits.

“I think I’ve grown the most when you talk about off-the-field, doing as much as we can do not being in the NFL right now but preparing to be a pro, preparing to be an NFL player is where I feel I’ve grown the most off the field,” Ridder said. “And then on the field, I think just balance, working on transfer. I think I’ve become a lot more stable, a lot more balanced in my stance in the pocket.”

Developing a good quarterback starts from the ground up, even though there seems to be a lot of focus on upper-body mechanics sometimes. Using that approach is something that has helped Ridder improve.

“I think the No. 1 thing when playing quarterback, even though people talk about arm strength and your arm angles, it all starts from the feet,” Ridder said. “It all starts from the ground up. So making sure my feet are correct and that I’m staying balanced and have good leverage in the pocket, with all of those things, you’re going to see the numbers go up when you talk about completion percentage.”

Ridder both backed up his talk and showed the products of his pre-draft efforts at the 2022 NFL Scouting Combine, putting on a solid overall performance and particularly impressing with his athleticism. One of the biggest headlines of that week was Ridder’s 4.52 time on the 40-yard dash.

“I think I left it all out there and that showed every place I stepped foot in (in Indianapolis),” Ridder said. “I wish I could have jumped a little bit higher on the (vertical jump) and a little bit further on the (broad jump) and had one or two balls back. As far as the 40-yard dash goes, maybe some people were questioning my speed, and I put that out there for everyone to see and it showed very well. I went out there with no regrets and had fun.”

As with all quarterback prospects around this time of year, Ridder has drawn several comparisons to other passers from scouts and analysts and has made some of his own, one of which is to Deshaun Watson

“Other than the size comparison, our ability to extend plays, our ability to go out and win at a high level, and our leadership (are similarities),” Ridder said. “I feel like both of us are able to draw a team together to go win something bigger and better. Then on the field, just being able to make plays with your feet. Being able to make big-time throws when needed. So there’s a lot of similarities there.”

There are also some similarities between Ridder and Marcus Mariota, a comparison he might draw more if he ran in a more up-tempo, freewheeling offense.

“If we ran a no-huddle, up-tempo offense, I think people might see me (like Marcus Mariota),” Ridder said. “I’ve looked at Marcus Mariota ever since I was growing up watching him at Oregon and watching him win the Heisman and having an NFL career. It’s been fun seeing someone who kind of has body-type similarities to me have success.”

Ridder may bring some of the best foundational traits to build upon for a quarterback in this draft class, but he and others within it who have talent are being passed off because of this stigma that this is a weaker crop of quarterbacks. And really, if you take the time to dissociate yourself from the narrative and do your own study, there are some things to be excited about and some quarterbacks within the 2022 class who could far exceed expectations.

“That’s fine. For myself, that’s just outside talk. We’re working to be the best versions of ourselves and the best players we can be. So wherever this quote, unquote draft class of ours ranks among others I don’t think is going to matter at the end of the day,” Ridder said.

“When you look back at this draft class 10-15 years from now, you’re going to see some dudes in here.”