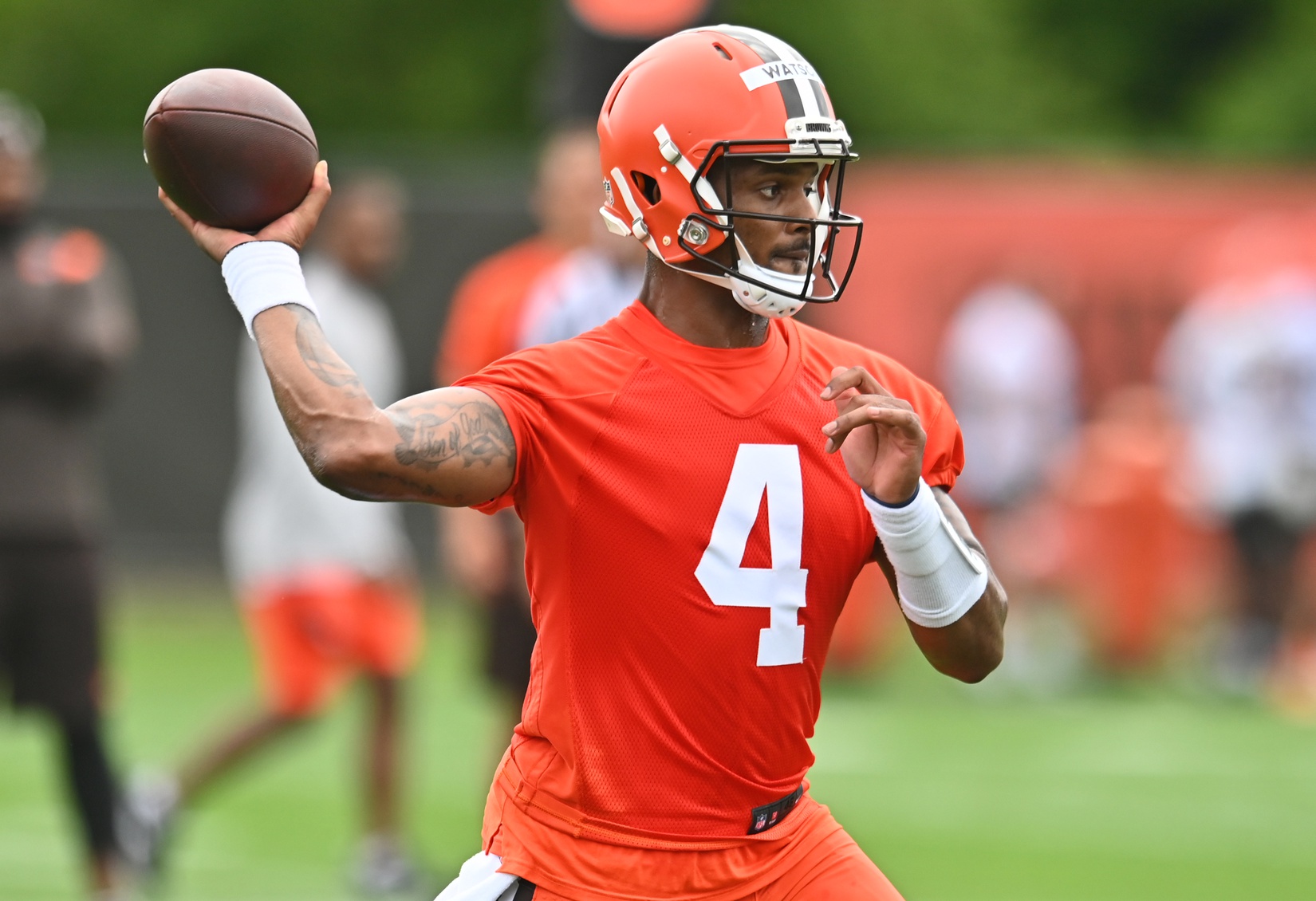 According to multiple reports, Cleveland Browns quarterback Deshaun Watson will be suspended for six games following a lengthy investigation into his alleged off-field behavior. The ruling was handed down by disciplinary officer Sue L. Robinson, who the NFL and NFLPA hired to serve as a jointly appointed neutral arbitrator. Robinson’s report stated that though Watson violated the league’s personal conduct policy, there was not enough evidence to justify an indefinite suspension.

Either side has three days to submit an official appeal in writing. On Sunday, the player’s union released a statement indicating they would “stand by” Robinson’s ruling and urged the NFL to do the same. Earlier this week, it was reported Watson and the league engaged in additional settlement discussions, a process that was common throughout the investigation. Commissioner Roger Goodell and the league indicated they were willing to settle on a 12-game suspension with a heavy fine (reportedly in the $8 million range). Given that Watson’s actual suspension didn’t contain any financial penalties and was roughly half (six games) of what the league hoped for, Goodell may appeal Robinson’s decision.

Prior to the most recently agreed upon Collective Bargaining Agreement (2020), Goodell was allowed to make these decisions unilaterally and hand down suspensions and/or rulings. Goodell handled several high-profile investigations throughout that course and suspended various players at his own discretion. For cases of this nature, the NFL and NFLPA agreed to hire an impartial arbitrator under their new CBA.

It’s clear why the players association has no reported plans to appeal this decision. The Watson ruling went in their favor. Goodell’s decision to appeal or not will set an important precedent going forward. This qualifies as the first major test under the CBA’s new wrinkle and Goodell has an opportunity to flash his maintained power.

This situation has yet to fully unravel. Should Goodell and the league decide to appeal, they will issue a formal written decision that “will constitute full, final and complete disposition of the dispute,” per terms of Article 46 in the CBA. The players association is understandably hoping Goodell and the league will honor their original agreement to allow a jointly appointed neutral arbitrator to make this decision. Now that Robinson has handed down a ruling that nowhere near met Goodell and his designees’ desired outcome, it will be worth monitoring if the league is willing to accept a ruling they indirectly helped create.

In June, Watson settled 20 of the 24 lawsuits he was facing in relation to sexual assault accusations and inappropriate conduct during massage sessions in civil lawsuits filed by 25 women. On Monday, the same day Watson’s six-game suspension was handed down, he agreed to settle three of the remaining four cases, according to Houston attorney Tony Buzbee, who represents the women suing Watson.

Should the league appeal Robinson’s ruling, Goodell (or a league-appointed designee) would oversee the appeal and attempt to ultimately determine Watson’s outcome. Should the league decide to approach the suspension with a heavier hand (12-plus contests), they maintain the power to do so. Watson’s side would certainly appeal such a decision.

The process received a major update on Monday, but this isn’t necessarily the end. Arbitration doesn’t indicate the situation is open-and-shut. Goodell and the league have every right to appeal and it wouldn’t be shocking if they exercised that right. There will be lawyers, as they say.