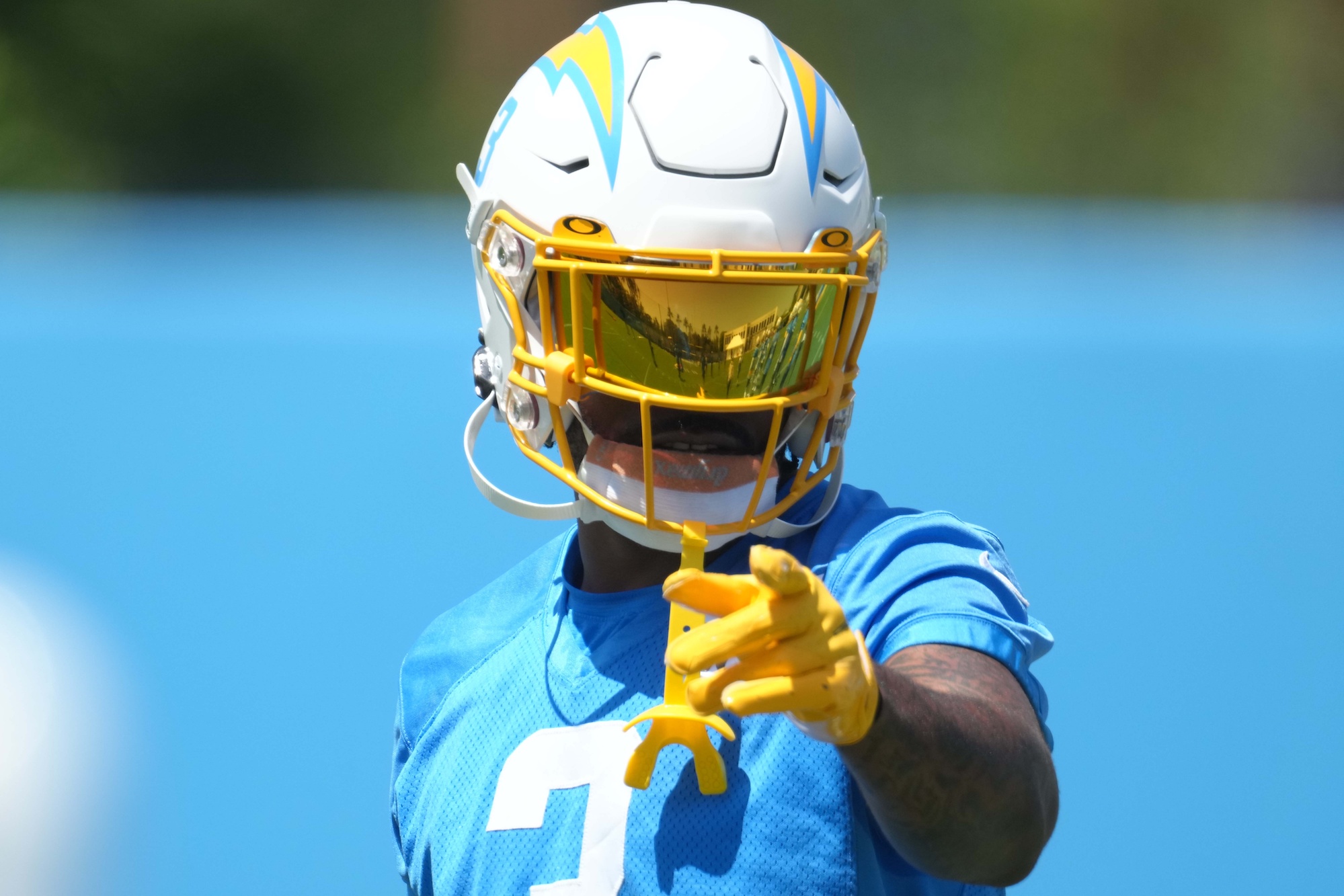 How Much Is Derwin James About To Get Paid?

The Los Angeles Chargers will hold superstar safety Derwin James out of practice until his contract situation is resolved. Chargers Head Coach Brandon Staley confirmed the news following practice on Wednesday. It indicates the Chargers and James expect to reach an agreement shortly.

James is currently scheduled to enter the fifth and final year of his rookie contract following the Chargers’ decision to execute his fifth-year player option last summer. James is set to earn a fully-guaranteed $9.052 million in 2022, via Spotrac.

It’s worth noting the extension market for safeties was recently reset in mid-June when the Pittsburgh Steelers agreed to terms with Minkah Fitzpatrick on a four-year, $73.6 million contract with $36 million in guarantees. That deal made Fitzpatrick the highest-paid safety in the league, both from a total value and annual average ($18.4 million) perspective. Fitzpatrick’s newly-minted deal even eclipsed the $17.5 million Jamal Adams earns yearly in Seattle.

With all signs pointing toward James inking a new extension shortly, a four-year contract worth $74.8 million with $38 million in guarantees would represent a fair agreement for all parties involved. James would earn $18.7 million annually on such a proposed contract, making him the highest-paid safety in the league, both on a per-year basis and in overall contract value. James’ representation is expected to aim to surpass the deal Fitzpatrick signed in Pittsburgh, something these numbers would achieve.

Still just 25 years of age, James strung together a career-best season in the most important year of his career, and he now appears primed to cash in.

James thrived in Staley’s unpredictable defensive scheme. The coach and player pairing hit the ground running immediately. With a throwback to his All-Pro rookie campaign, Staley deployed James all throughout his new-look defense. On any given snap, James lined up near the line of scrimmage or as the deep safety in single-high looks. James played both strong and free safety and lined up at the infamous “STAR” position as well.

Few teams are entering the 2022 campaign with expectations as grand as those surrounding the Chargers. General manager Tom Telesco has loaded up on both sides of the ball, but especially on defense. Shutdown cornerback J.C. Jackson arrived from New England via an $82.5 million contract in free agency and should help form one of the scariest secondaries in the league alongside James. Veteran sack-artist Khail Mack bolsters a pass rush that already featured Joey Bosa. Sebastian Joseph-Day, Kyle Van Noy, and Austin Johnson are additional defensive reinforcements that make the Chargers’ front seven tougher and more balanced.

Despite all these new and familiar faces, it’s James’ free-roaming abilities that make the Chargers’ defense tick, limiting their opponents offensively. It seems that Telesco’s summer spending spree won’t prevent him from rewarding James appropriately.

In addition to the aforementioned additions, wide receiver Mike Williams was re-signed to a three-year contract worth $60 million. An extension that pays superstar quarterback Justin Herbert somewhere between $45 and $50 million annually could arrive next summer. None of this is getting in the way of James’ negotiations. It signals how serious Telesco and the Chargers are about keeping their nucleus together in pursuit of winning a Super Bowl.

The Chargers are unlikely to retain all of their superstar players for the foreseeable future. Difficult decisions will eventually be made. Budgeting appropriately is part of building a high-quality roster, especially one with an elite quarterback. However, James isn’t going to be a part of the outgoing group.

The Chargers have welcomed a bunch of high-level additions this offseason, both offensively and defensively. Now, it’s time for Telesco to prioritize locking in one of his homegrown talents. The Chargers and James should get a deal done immediately.