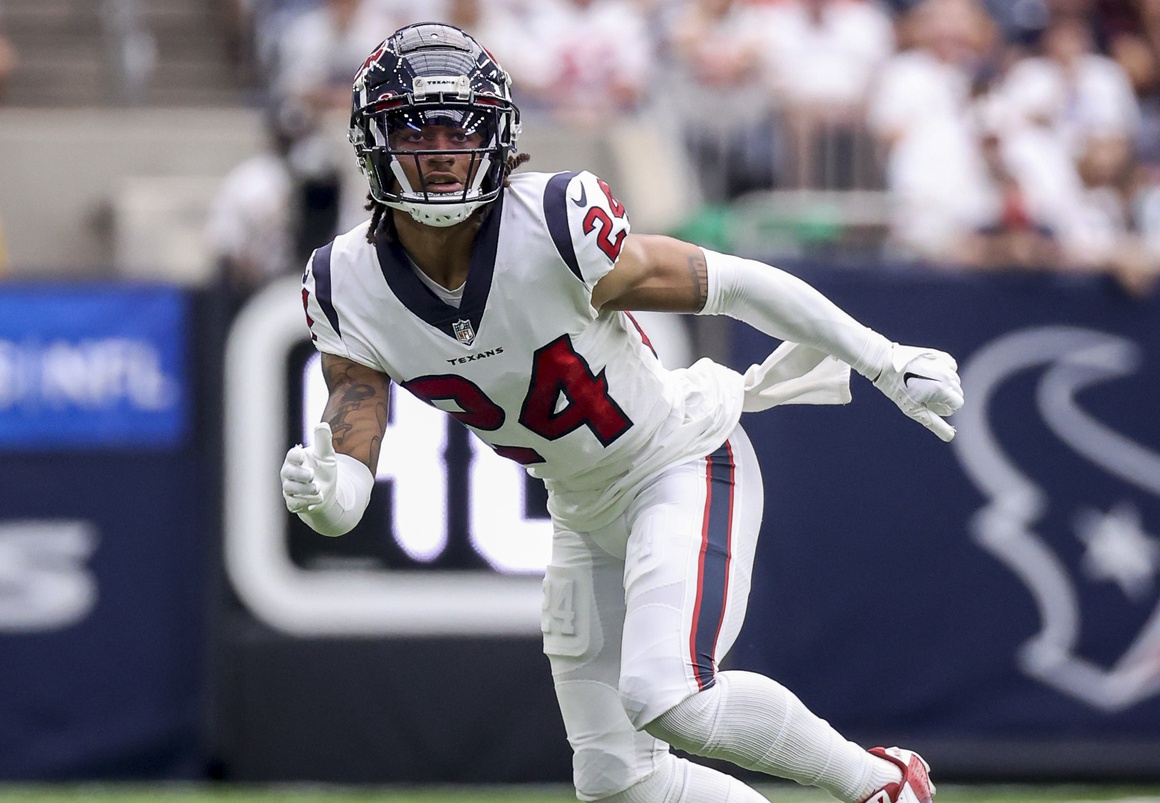 How Should We Evaluate Derek Stingley Jr.’s Rookie Season?

Placed on injured reserve in Week 15, nine games of rookie Derek Stingley Jr. this fall provided a nice glimpse into the future at cornerback for the Houston Texans. While Stingley enjoyed his fair share of ups and downs this fall, being thrown into the fire of the NFL forced his game to catch up to speed despite just getting feet wet at the pro level—he was the 13th-most targeted rookie corner in the league. Picked on early in the season when the Indianapolis Colts and Denver Broncos combined for 19 targets thrown his way in Weeks 1 and 2, Stingley failed to allow a touchdown against in 309 coverage snaps in his shortened debut campaign.

One of college football’s most dominant defenders back in 2019, you heard it all regarding his potential ceiling coming out of LSU. While concerns of two lackluster collegiate campaigns littered with injury remained, a smooth and fluid pro day saw his draft stock enter warp speed a few short weeks before the draft. Teams bet on traits—that’s one thing we know for certain—and while turning on Stingley’s film in 2021 left much to be desired from a production standpoint, it was difficult to deny the dominant play he consistently showcased as college football’s premier secondary defender as a true freshman two years prior.

For Texans general manager Nick Caserio, the fit within his defense looked seamless despite reports of Houston’s interest in Ahmad ‘Sauce’ Gardner out of Cincinnati. Fresh legs with playmaking ability remained the biggest hole in the secondary, and while it takes time, more bodies, and more talent, Stingley flashed immensely when granted the opportunity to do so this season—even on an island at times. He was the correct selection at third overall and will be a major impact defender down the line. With fellow rookie Jalen Pitre playing the way he’s played at the safety spot this fall, Houston has begun to lay a foundation for future success.

A foundational addition amid the current trends of the pass-happy NFL and a player to hang your hat on if you’re a defensive-minded head coach like Lovie Smith, an asset like Stingley is someone that has the potential to shut down a third of the field in coverage. He’s not the biggest, not the strongest, not the fastest, but when looking at the technical ability of what it takes to succeed at the highest level on the perimeter, Derek Stingley Jr. fits the script.