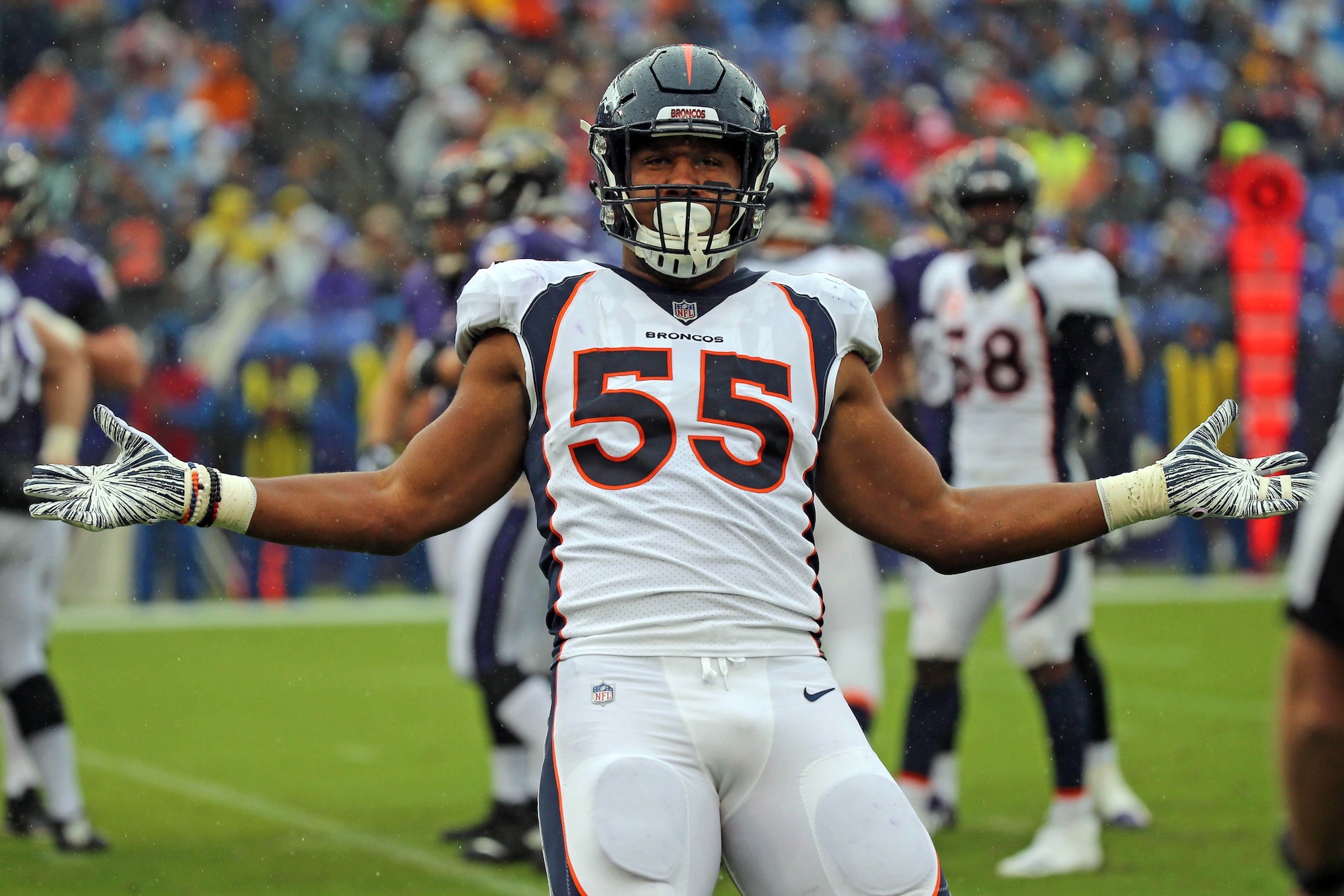 Much has been made of the stacked roster talent that we’ll see up and down the AFC West this season. Quarterback Russell Wilson’s move to the Denver Broncos has ensured that the division, if nothing else, will have the most talented foursome of quarterbacks maybe ever.

As important as the Wilson move was for the Broncos, a team many saw as being “a quarterback away” from contention, don’t sleep on the talent they have on defense. Their pass-rush attack in particular has the potential to push Denver to a division title in 2022.

That may initially come as a surprise to those who haven’t been closely following the Broncos. They didn’t make any waves last season on sack leaderboards with their 36 as a team putting them just around the middle of the pack. Their team leader in the stat, defensive end Shelby Harris, finished with just six, and the loss of edge rusher Von Miller after trading him away mid-season was obviously detrimental as well. Fourth-year edge rusher Bradley Chubb also missed 10 games and took a step back after his 2020 Pro Bowl season, finishing 2021 with zero sacks.

Still, the Broncos were putting pressure on opposing quarterbacks all year. They were top 10 in the NFL in the percentage of QB pressures per dropback and top five in hurries. Even though they weren’t always getting to the quarterback in time to sack him, Denver’s pass-rush showed potential all of last year.

This offseason, upgrading the pass-rush was a big necessity for the Broncos, especially in a division oozing with quarterback talent. Guys like cornerback Patrick Surtain II and safety Justin Simmons are the stars of a talented secondary that would appreciate the assistance of a strong pass rush to make their jobs a little easier.

So that’s what the Broncos did. They swiped edge rusher Randy Gregory right out from under the Cowboys’ noses after Dallas thought they had made a deal. Denver also took Oklahoma edge rusher Nik Bonitto in the 2022 NFL Draft with the pick they got from the Rams for Miller, giving them an extra rotational depth piece on the edge. What’s more, there are some reports that the Broncos are planning to move Baron Browning, an off-ball linebacker last year, to a new role as an extra edge rusher.

Gregory is coming off of shoulder surgery, but he’s also just completed one of the best seasons of his career with six sacks, four additional tackles for a loss, three forced fumbles, and even a pick. He’ll presumably be one of the Broncos’ starting pass-rusher opposite Chubb, who is bound to have a bounce-back now that he’ll be healthy for another full season.

Browning and Bonitto represent strong depth behind Gregory and Chubb as well. After a strong rookie season that featured 58 tackles and a couple of defended passes as an off-ball linebacker, Browning will get the chance to go after the quarterback in year two. Browning showed flashes of potential when blitzing off the edge at Ohio State in limited situations, and the Broncos hope he can shine in a pass-rushing role at the NFL level.

Bonitto is much more familiar with that role, having filled it for a few years at Oklahoma before his selection in the 2022 NFL Draft in April. In three years with the Sooners, Bonitto had 18.5 sacks as an edge rusher who thrived with his high motor and explosive first step. He’s good at generating power with his hands and using them in counter moves to get past opposing linemen and pressure the quarterback.

With a foursome of Chubb, Gregory, Browning, and Bonitto, the Broncos have a rotation of edge rushers that is sneakily among the NFL’s most talented groups. In a division that has so much quarterback talent, Denver will be in the middle of contention for an AFC West title if the combination of their four-headed pass-rush attack and strong secondary limit the damage that Patrick Mahomes, Justin Herbert, and Derek Carr can do with their arms.