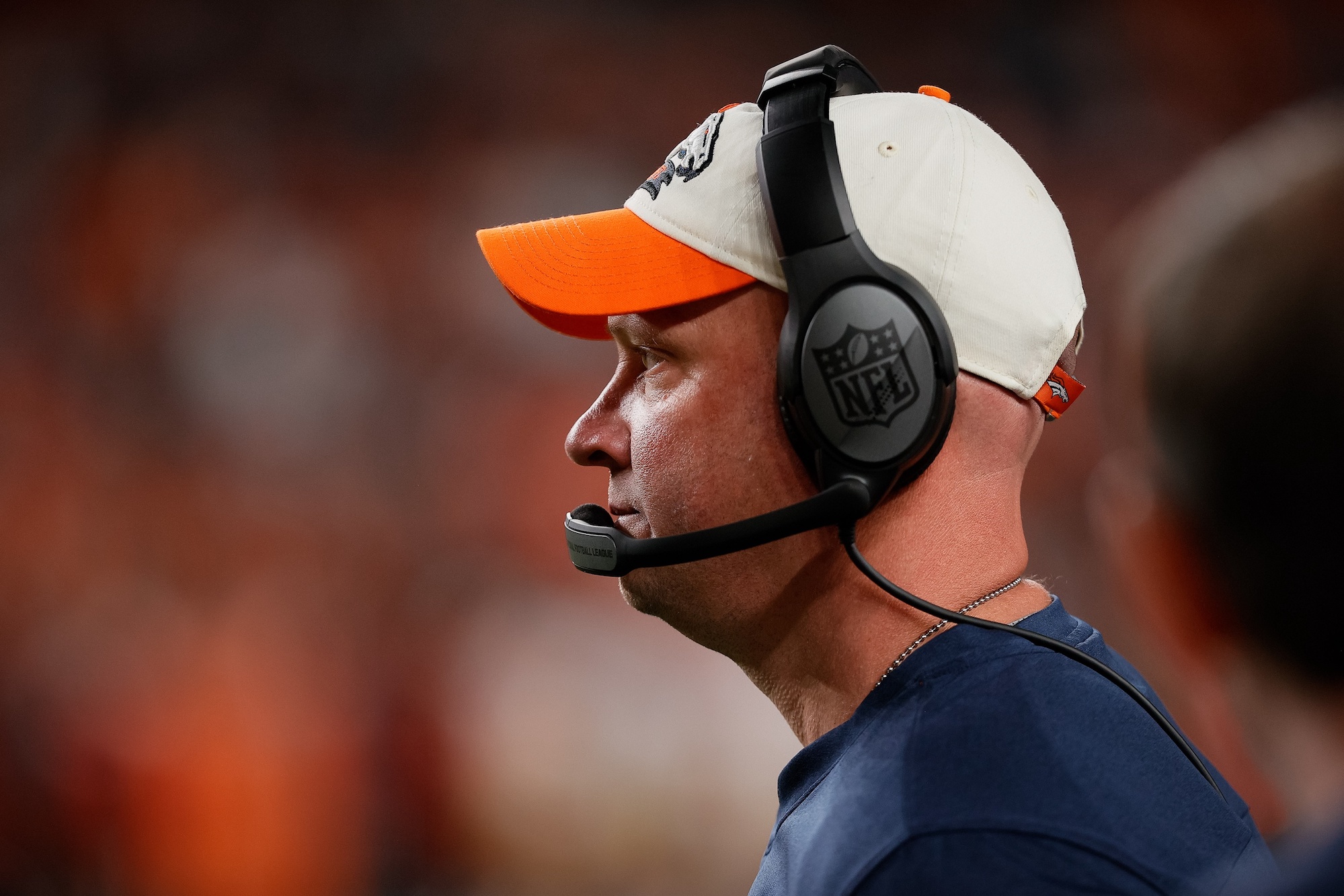 The Denver Broncos managed to lose one of the worst primetime contests you’ll ever witness on Thursday. The Indianapolis Colts “defeated” the Broncos 12-9 in overtime. Broncos head coach Nathaniel Hackett was once again at the forefront of controversy. Hackett made several curious decisions down the stretch that directly contributed to Denver’s loss. Broncos general manager George Paton may need to start considering making an in-season coaching change.

The Colts received the ball first in overtime and scored a go-ahead field goal. The Broncos responded by marching down the field with just minutes left to play in the fifth and final quarter. The Broncos were faced with a 4th-and-inches that placed Hackett in a position to make a game-deciding decision. Hackett opted against playing for a tie, calling an offensive play that put quarterback Russell Wilson in shotgun. All-pro cornerback Stephon Gilmore broke up Wilson’s intended pass for Courtland Sutton and the Colts secured the victory.

We actually appreciated Hackett’s decision to aggressively attempt to win the contest. It likely qualified as the Broncos’ final possession given the draining clock. Had the Broncos opted for the field goal, they were likely destined to lose or tie. The play call was debatable given the down-and-distance, but it’s worth acknowledging Wilson missed a wide-open K.J. Hamler. Hackett should have been celebrating a victory.

KJ Hamler was slamming his helmet after the game. For good reason… pic.twitter.com/l5BbcyEeGt

Hackett’s overtime decision wasn’t his worst call of the night—although that’s debatable for some. Wilson possessed an opportunity to secure the victory before we reached sudden death. The Broncos were nursing a 9-6 lead with 2:13 remaining in the fourth quarter and possession of the football. Wilson curiously dropped back to pass on 3rd-and-4 from the Colts’ 13-yard line. Wilson forced a pass to reserve receiver Tyrie Cleveland and Gilmore intercepted it, giving the Colts an opportunity to drive down the field and tie the game and force overtime, an opportunity they ultimately pounced on.

Why didn’t Hackett run the ball in a critical situational football moment? Wilson had been struggling and ultimately finished 21-of-39 for 274 yards, zero touchdowns, and two interceptions. Wilson hadn’t earned the right to decide the outcome. The Broncos would have managed to run out the clock and claim victory had they picked up a first down. Broncos running back Mike Boone was averaging 5.4 yards per carry. If the Colts stuffed the run, the Broncos could have attempted a short field goal and taken a six-point lead late in regulation. That would have forced the Colts, who were out of timeouts, to drive down the field and do something they hadn’t done all night: score a touchdown.

It was another ill-advised decision from Hackett. They’re becoming the norm as opposed to the exception. Hackett’s coaching malpractice has contributed to several Broncos losses through just five weeks. The Broncos can’t keep watching Hackett cough away wins without considering a change.

Making an in-season change wouldn’t necessarily be straightforward. In most cases, teams are more willing to fire a head coach in the middle of the campaign when they possess another experienced coach on staff that can act as interim. The Broncos don’t possess that luxury. Offensive coordinator Justin Outten is a first-year coordinator with position coach experience in his past. Defensive coordinator Ejiro Evero is another first-year coordinator. The lone coach on Hackett’s staff with NFL head coaching experience is senior defensive assistant Dom Capers. The 72-year-old Capers probably isn’t a candidate. Running backs coach Tyrone Wheatley served as Morgan State’s head coach from 2019-21, but that hardly makes him a quality option. The Broncos may ironically be stuck with Hackett until season’s end due to the inexperienced staff he surrounded himself with.

The 2-3 Broncos may legitimately be the league’s most disappointing team given their preseason expectations. Hackett continues to limit Denver’s upside. The Broncos must turn over every stone in search of solutions.