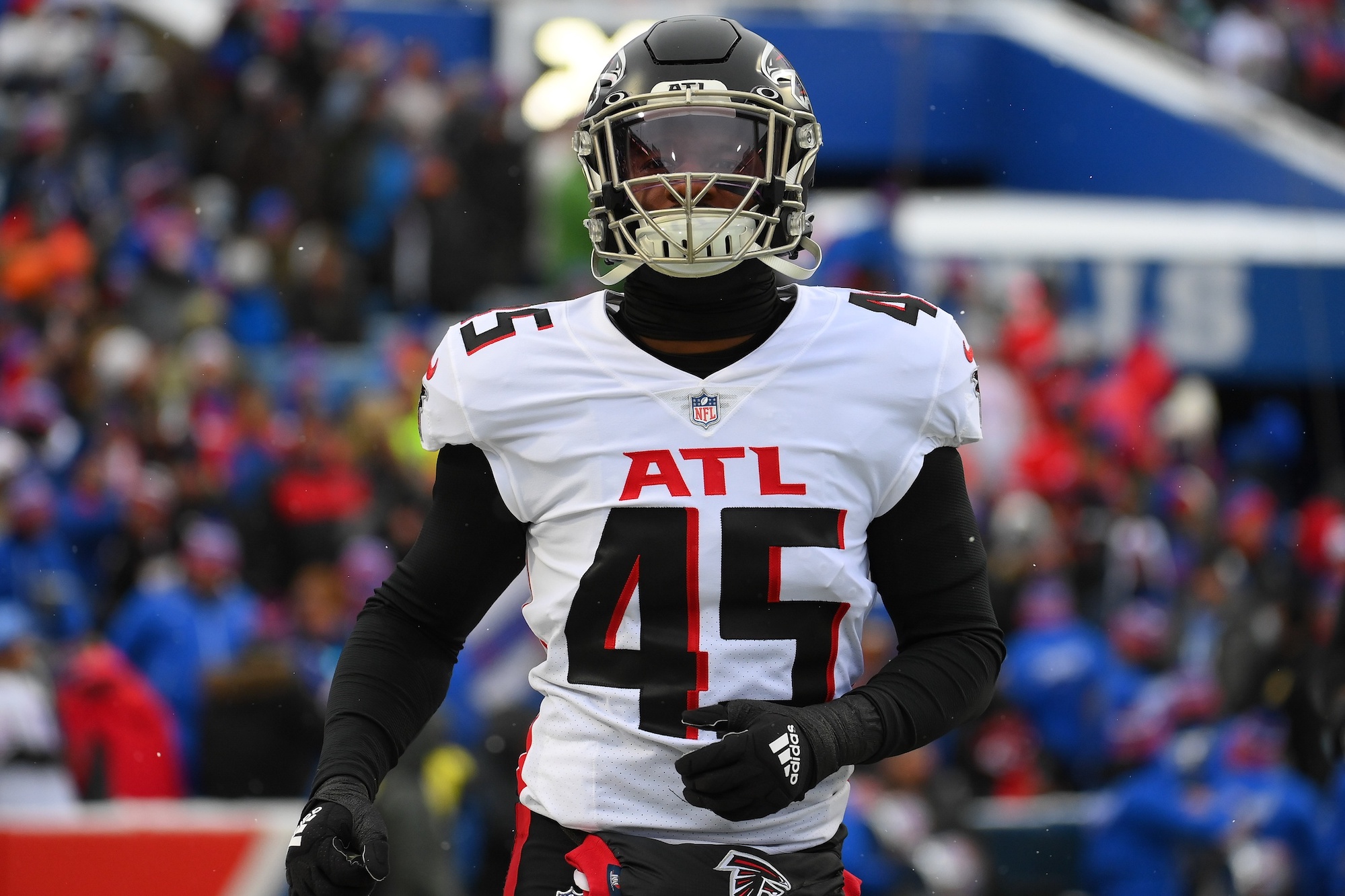 According to reports, the Atlanta Falcons are expected to move on from veteran linebacker Deion Jones in the near future. The month of June often welcomes a flurry of activity and Jones is expected to be a casualty.

Jones’ contract carries an unmanageable team-high salary-cap hit of $20.05 million in 2022. Releasing Jones in June would create just a little over $1 million in cap space in 2022, but the real advantage would be gained in 2023, where an additional $13 million in additional cap space would be created.

Falcons General Manager Terry Fontenot would likely prefer to trade Jones in June, but the acquiring team would inherit Jones’ guaranteed salary of $13.64 million (base and bonuses) in 2022. Finding a willing partner is extremely unlikely given Jones’ recent form. Atlanta is more likely to eat the dead cap in 2022 in exchange for removing Jones with an eye pointed toward the 2023 savings.

Whether it’s via trade or release (more likely), we’ve identified three teams that should have an interest in taking on Jones.

Jones played his best brand of football under current Dallas Cowboys Defensive Coordinator Dan Quinn. Quinn served as Atlanta’s Head Coach from 2015 to 2020 and was instrumental in Atlanta’s decision to draft Jones in the second round of the 2016 NFL Draft. Jones hit the ground running as a rookie in 2016 by recording 108 total tackles and three interceptions. He was named to the PFWA All-Rookie Team for his efforts. Jones built upon that momentum by enjoying his best professional campaign as a sophomore in 2017 en route to earning his lone Pro Bowl appearance.

Quinn understands how to best maximize Jones’ potential and the Cowboys could use some additional help at linebacker. Micah Parsons is preparing to play as more of a pass rusher than a traditional inside linebacker after taking full advantage of an opportunity to play on the edges as a rookie. Leighton Vander Esch continues to underwhelm. The Cowboys also lost a productive tackler in Keanu Neal this offseason and Jones has routinely accumulated a plethora of tackles. The relationship between Quinn and Jones, paired with Dallas’ need at linebacker makes this a good fit.

Jets General Manager Joe Douglas has been one of the most aggressive decision-makers throughout this offseason as he attempts to restore the Jets to greatness. Head Coach Robert Saleh is a defensive-minded leader that appreciates quality linebacker play after spending time with Fred Warner in San Francisco.

The Jets have left no stone unturned this offseason as they prepare to compete for the AFC East. It wouldn’t be shocking if they poked around Jones’ situation.

The Jets have a direct connection to Jones via Saleh’s coaching staff. Current defensive coordinator Jeff Ulbrich spent the first five seasons of Jones’ career as his linebackers coach in Atlanta. Few coaches have spent more time directly working alongside Jones than Ulbrich has. Ulbrich was present for Jones’ best stint as a Falcon and could feel capable of recapturing the magic that once made Jones such a special talent. Current Jets safeties coach Marquand Manuel also spent time with Jones in Atlanta. The Jets may have to move some money around, but could quickly figure out a solution if push comes to shove.

The Seahawks are entering the month of June with approximately $12.5 in cap space and a clear need to continue upgrading their roster. Head Coach Pete Carroll promised to revamp Seattle’s underperforming defense this coming campaign after allowing more than 379 yards per contest last season. Seattle especially struggled in coverage, allowing 265.5 passing yards per game. Only the Baltimore Ravens fielded a worse passing defense last season.

Seahawks General Manager John Schneider has a depth issue at linebacker. As things stand, the likes of Joel Iyiegbuniwe and Cody Barton may be miscast into starting roles. Barton especially struggled in coverage last year, which is an area of strength for Jones. Playing in a pass-happy NFC West division means the Seahawks must be better prepared to defend the pass in 2022 than they were a year ago.

Schneider released veteran difference-maker Bobby Wagner earlier this offseason, and the Seahawks didn’t draft an inside linebacker despite making a healthy nine selections. Seattle’s roster remains in transition and Schenider should be searching for veteran upgrades. Jones fits the bill.