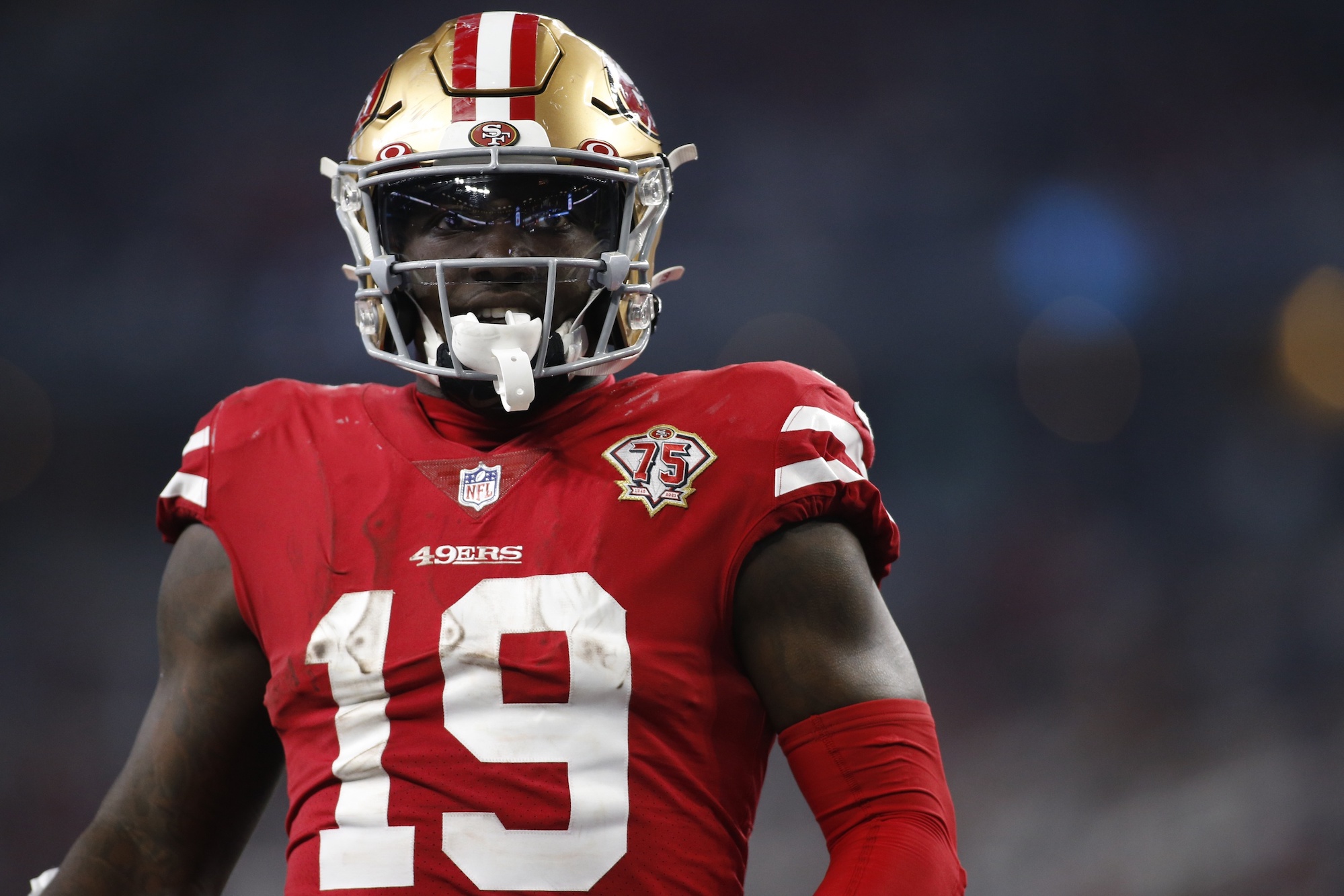 In somewhat of an unexpected twist in the tale, San Francisco 49ers superstar wide receiver Deebo Samuel reportedly attended mandatory minicamp on Tuesday. The news arrives nearly two months after Samuel requested a trade due to an ongoing contract dispute and disagreements regarding his overall usage. If Samuel were to skip training camp, the 49ers could punish him by fining him north of $95,000.

Samuel’s decision to attend minicamp signals his disinterest in escalating the situation and does indicate the two sides are working toward resolving their differences. The 49ers remained steadfast in their refusal to honor Samuel’s trade request throughout the process and have now appeared to win the standoff with Samuel.

“We pride ourselves on communicating with our players,” Lynch said in late April. “This is no different. I’m confident we can find a solution for whatever is going on. You don’t let guys like that [Samuel] walk. I can’t ever imagine wanting to move on from Deebo. He’s just too good of a player,” Lynch concluded.

The 36th overall selection in the 2019 NFL Draft, Samuel is currently scheduled to enter the fourth and final year of his initial four-year rookie contract. Samuel is set to earn approximately $3.986 million in 2022, per Spotrac, and is understandably displeased with that figure and the lack of long-term security. It qualifies as significantly less than what he’s earned and deserves following a breakout 2021 campaign that saw Samuel total an astounding 1,845 all-purpose yards while leading the league with an average of 18.2 yards per catch. Samuel also scored 14 touchdowns (six receiving, eight rushing) while playing a unique dual-threat role as both a receiver and ball-carrier for head coach Kyle Shanahan.

Addressing the ongoing situation for a second time less than a week ago, Lynch stood by his initial comments while continuing to display strong leadership skills. The tone of the message never shifted. Lynch remained consistent.

“We haven’t traded him, and—I’ve used the word fool—I’d be a fool to trade him, “Lynch said. “Deebo will be a big part of the 49ers this season.”

Lynch’s overall grasp of the dialogue and foreshadowing of a nearing conclusion qualifies as rather impressive. Several general managers have failed to match Lynch’s bravado this offseason while giving into the trade requests from their own superstar players. Lynch’s faith in holding onto Samuel’s services never wavered (not publicly, at least).

All that’s left is for the two sides to agree to terms on a massive contract extension that will make Samuel one of the highest-paid non-quarterbacks in the NFL. Samuel’s representation has plenty of examples to follow (and possibly surpass) from this offseason alone.

Stefon Diggs recently received a four-year, $104 million extension from the Buffalo Bills. Following a trade to the Las Vegas Raiders, Davante Adams signed a five-year extension worth $141.25 million. Tyreek Hill, who similarly demanded a trade away from the Kansas City Chiefs, signed a four-year extension worth $120 million, including $72.2 million guaranteed, with the Miami Dolphins. Samuel will undoubtedly look to earn more than $20 million annually.

Given the overall craziness of this historic NFL offseason, it wouldn’t have been a shock to see Lynch give into Samuel’s trade request. Lynch could have accepted an abundance of immediate and future draft capital in exchange for Samuel’s services. Instead of that outcome, which would have significantly weakened the 2022 iteration of the 49ers, Lynch never flinched and held his cards close to his chest. The situation requires a topping off via a massive extension that should arrive shortly, but it appears Lynch has already won the battle.