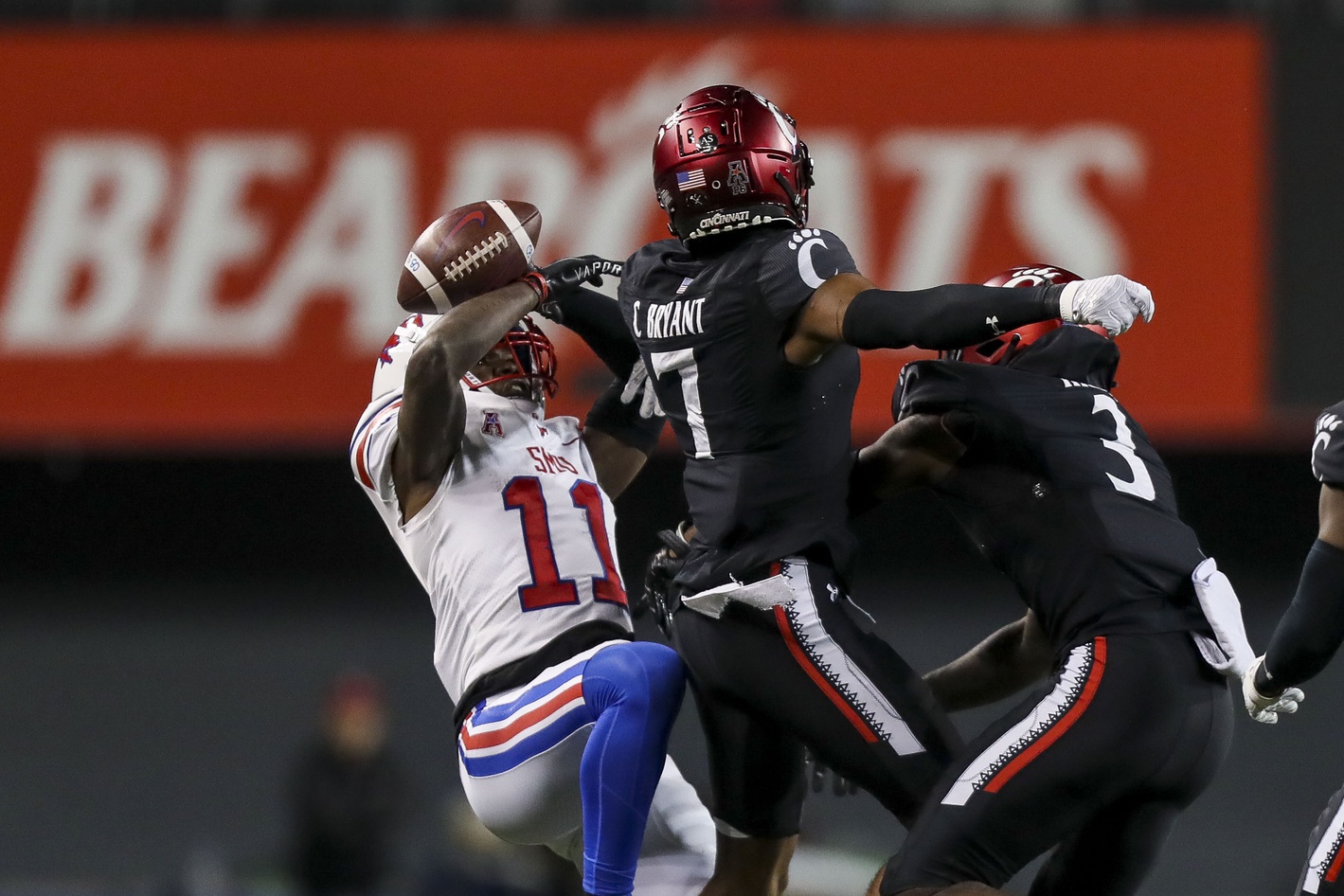 Cornerbacks carry a monumental amount of importance in today’s pass-happy league. NFL franchises are paying an increased premium to secure the services of high-end pass-catchers and the market has been completely flipped on its head this offseason. Blockbuster trades and free agency signings occurred seemingly every other day throughout the league’s most wild and unpredictable offseason. The likes of Davante Adams, Tyreek Hill, Robert Woods, Amari Cooper and Christian Kirk are just a few high-level receivers that switched teams while landing historical paydays for their efforts.

Every action requires an appropriate reaction. The aggressive receiver market will force all 32 franchises to place an equal amount of emphasis on acquiring cornerbacks that can help eliminate the threats their receiver counterparts pose on a snap-by-snap basis. The 2022 NFL Draft is an excellent opportunity for cornerback-needy teams to draft young, ascending talent at the position. The first round is loaded with elite cornerbacks such as LSU’s Derek Stingley Jr. and Cincinnati’s Ahmad “Sauce” Gardner, but the second and third rounds of the draft should also allow teams to draft underrated, pro-ready gems that could play an abundance of defensive snaps in their debut season.

We’ve identified three Day 2 cornerbacks that are ready to receive a sizable workload as rookies.

The reigning Jim Thorpe Award winner (awarded to the best defensive back in college football), Cincinnati’s Coby Bryant is a versatile and highly-skilled cornerback prospect that has the necessary chops to make an immediate impact for an NFL defense. A fifth-year senior, Bryant helped spearhead a talented Bearcats defense that allowed opposing quarterbacks to complete just 54% of their passing attempts while limiting them to just 169.2 passing yards per contest. Bryant more than did his part by recording a team-high 11 pass breakups.

Bryant received NFL level head coaching from the brilliant Luke Fickell, while also working under the tutelage of two excellent defensive coordinators throughout his collegiate career in Marcus Freeman and Mike Tressel. The Bearcats ran a pro-style defensive scheme that put a lot on the plate of their defensive superstars. Bryant was specifically tasked with mixing man and zone coverages on a healthy basis and proved plenty capable of playing both styles at the desired rate. Bryant’s football I.Q. and quickness allowed him to routinely trigger and break on short-to-intermediate routes and passing concepts. Bryant’s overall size, athleticism, ball skills, experience and football smarts could allow him to compete for a starting position from day one. Teams searching for value and an immediate return on their investment in the second or third round should look no further than Bryant.

The nickel position has increased in value over the years as the majority of NFL defenses spend their time in nickel formation (nickel is the new base, folks). The continued revolution of the slot receiver position will place further importance on a defense’s capability to field a quick-twitched, competitive nickel cornerback. Houston’s Marcus Jones is undeniably one of the most exciting nickel defenders available in the 2022 NFL Draft. A transfer from Troy, Jones quickly made waves for a Cougars defense that possessed a bunch of NFL-worthy talents this past season. Jones led all Cougars defenders in pass breakups (13) and interceptions (five) in 2021.

The 5-foot-8, 174-pound Jones is a playmaker in every sense of the word. Jones possesses a tremendous amount of athletic ability and he packs a punch despite his deficiencies in the size department. Jones’ elite quickness and fluid, oily hips allowed him to carry opposing receivers down the field with relative ease. In a man-coverage league, Jones routinely thrived on an island while matching patterns with boundary receivers. He’s a slot-only type at the next level, and we expect Jones to quickly make that position his own once he arrives at his NFL destination. Jones is an extremely physical and aggressive tackler that competes above his weight class. An electric kick and punt returner, Jones will make an immediate impact on both defense and special teams

Jones reminds me of Washington’s Elijah Molden. Certain size limitations saw Molden slide to the back end of the third round but the Tennessee Titans wisely pounced on him and Molden predictably handled an abundance of snaps as a rookie defensive back for one of the league’s premier defenses. Jones could carry similar value.

Auburn’s Roger McCreary was receiving a fair amount of first-round buzz back in January but that conversation has seemingly cooled off in recent weeks. With the likes of Kyler Gordon, Trent McDuffie and Tariq Woolen expected to be back-end first-round selections on April 28, McCreary’s ultimate landing spot may reveal itself on Day 2. Whichever team is lucky enough to draft McCreary will be securing the services of a highly-talented and pro-ready cornerback prospect. McCreary was unfortunately unable to test during March’s NFL Scouting Combine, but on tape, the Mobile, Alabama native is clearly an exceptional athlete that brings the necessary reactive athleticism and short-area quickness to the table.

McCreary possesses inside-outside versatility at the next level. His ability to compete with slot and boundary receivers alike should make him a hot commodity once the run on cornerbacks begins. A willing wrap-up tackler, McCreary is a highly competitive cover-man that embraces the physical aspects of playing corner. Certain size limitations (28 7/8″ inch arms) may limit McCreary’s landing spots as teams who prefer longer-armed cornerbacks may eliminate him from their draft board altogether but McCreary has the experience, foot quickness, smooth hips, and overall athletic ability to make a swift impact for an NFL defense.