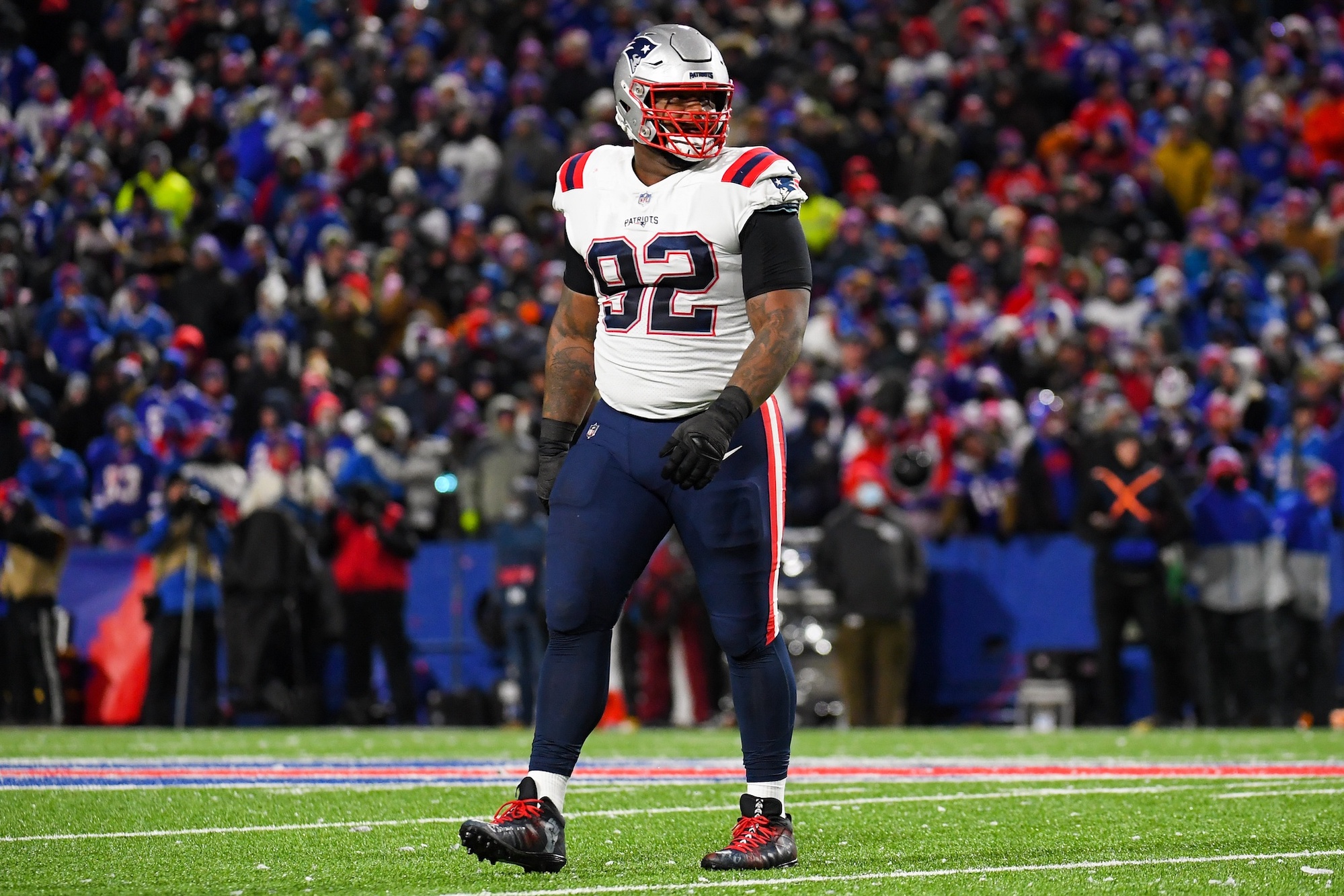 The New England Patriots agreed to terms on a two-year extension worth $20.8 million with defensive tackle Davon Godchaux on Wednesday. The contract includes $17.85 million fully guaranteed at the time of signing, per Adam Schefter. Extending Godchaux frees up roughly an additional $1.5 million, placing the cash-strapped Patriots nearly $3 million below the salary cap. It’s some much-needed breathing room.

Godchaux was previously set to enter the final year of his contract in 2022, where he’ll earn a base salary of $6.5 million. It’s the second multi-year contract Godchaux has signed with the Patriots since joining them in the summer of 2021. Godchaux is now tied to the Patriots through the 2025 campaign. Godchaux’s new extension is a slight overpay, but Patriots Head Coach Bill Belichick is self-admittedly infatuated with the player.

“He’s one of the best defensive linemen in the league,” Belichick said, in response to Godchaux’s extension on Thursday morning.

Godchaux originally entered the league as a fifth-round selection of the Miami Dolphins in the 2017 NFL Draft. The former LSU product started 16 regular-season contests last season, recording 65 total tackles, five quarterback hits, two tackles for loss, one forced fumble, and one sack while primarily working as an early-down run stopper. Godchaux was on the field for approximately 59% of New England’s defensive snaps last season. Godchaux’s extension represents a decent sum of money for a traditional nose tackle’s skill set in today’s pass-happy league. The $10.4 million AAV will make Godchaux the 14th-highest paid interior defensive lineman in the league, placing him alongside the likes of Dalvin Tomlinson ($10.5 AAV) and Grover Stewart ($10.250 AAV).

Pro Football Focus awarded Godchaux with an overall grade of 64.6 last season and a pass-rushing grade of just 55.5 for his efforts. It’s worth noting that Godchaux was the second-highest graded run defender in the league across the back half of the campaign. Godchaux’s ability to destroy opposing run fits adds value to the Patriots’ defense. We’re just not convinced the Patriots needed to amend Godchaux’s contract immediately and we can’t help but wonder if they overpaid while doing so.

There’s also the matter of the type of common opponent the Patriots will typically encounter in their division. This isn’t the AFC South, where opponents have to defend against Derrick Henry and Jonathan Taylor. The Buffalo Bills are the Patriots’ fiercest rivals and Godchaux offers less value when going up against a Bills offense that prefers to pass the ball 35-plus times weekly. Sure, the Miami Dolphins may be a run-heavy team under new head coach Mike McDaniel, but the division still runs through Buffalo until noted otherwise. It’s pass rushers, not run stuffers, that the Patriots need.

The Patriots have experienced a strange offseason. They reached on several players throughout the course of the 2022 NFL Draft, including their first-round selection Cole Strange. Belichick’s decision to not hire an offensive coordinator in the wake of Josh McDaniels‘ departure has drawn criticism. Their plan in free agency wasn’t overly clear, and they also traded away a quality starting guard in Shaq Mason to the Tampa Bay Buccaneers for peanuts on the dollar. Godchaux’s extension may not be as extreme as some of these examples, but it does fit Belichick’s curious pattern.