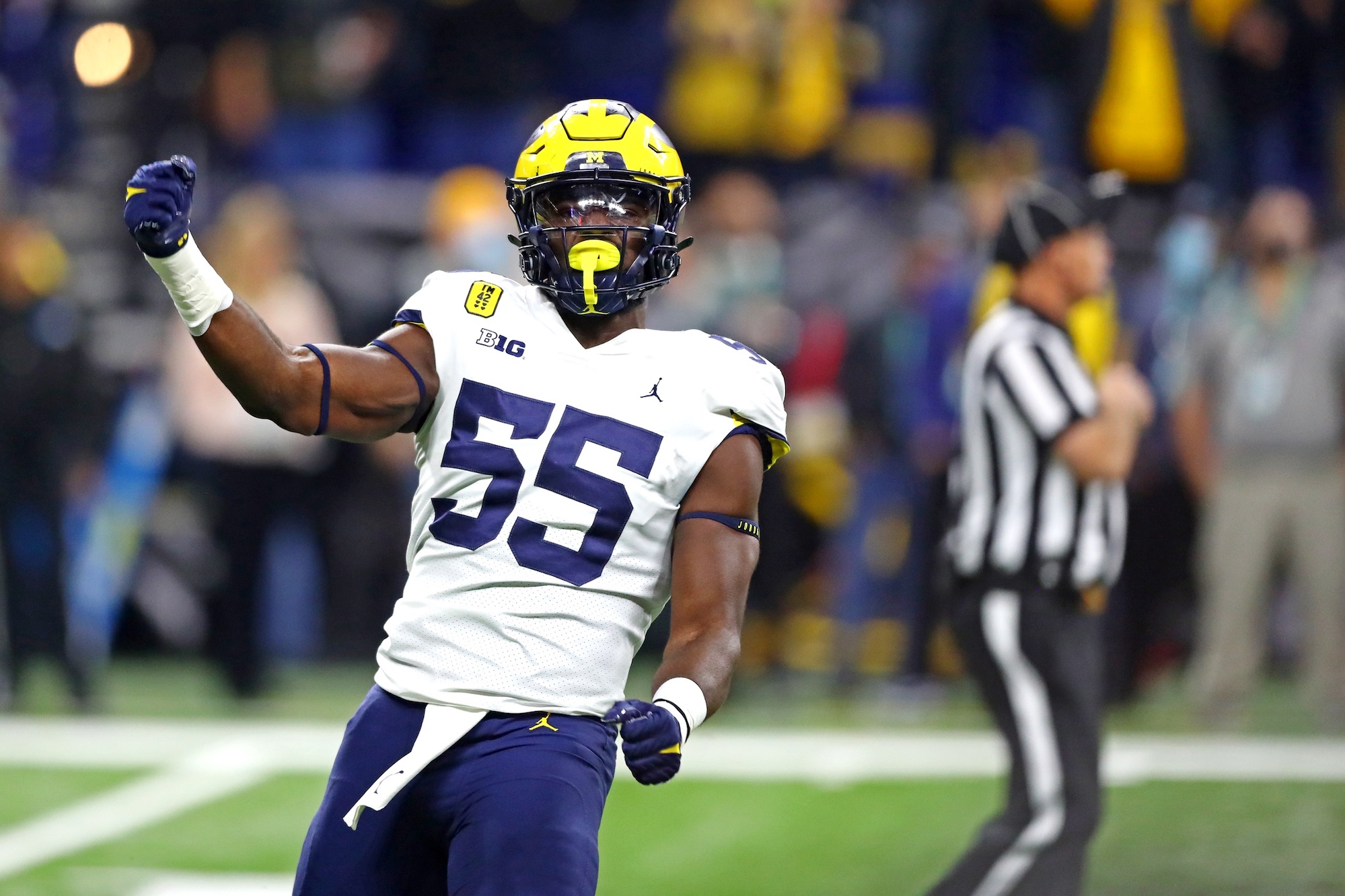 Ojabo’s debut is finally nearing and he will make a positive impact on the Ravens’ defense upon his return. Expectations remain high for the former Wolverine. Ojabo shot up draft boards following a standout 2021 campaign. Ojabo exploded for 11.0 sacks, 12 tackles for loss, and five forced fumbles while thriving opposite Aidan Hutchinson. Ojabo was expected to be drafted in the first round prior to his injury.

Ravens general manager Eric DeCosta drafted Ojabo with a premium selection despite his serious setback. Pass rushers with his skill set simply don’t last long on draft weekend. Ojabo will now aim to recapture the form and production that made him such a haunting quarterback hunter at Michigan.

Ojabo’s first-step explosiveness captured the attention of NFL decision-makers throughout the pre-draft process. Ojabo is a twitched-up athlete with the burst and bend necessary to flatten the arc and threaten the edge on a snap-by-snap basis. Ojabo possesses every raw tool necessary to develop into a double-digit sack artist for the Ravens on an annual basis. The sky’s the limit for Ojabo.

Ojabo will provide the Ravens with much-needed defensive reinforcement. Baltimore’s defense is currently allowing 364.3 total yards of offense per contest, which ranks them 24th across the league. First-year defensive coordinator Mike Macdonald is overseeing the league’s 20th-ranked scoring defense (22.9 points per contest). Macdonald coached Ojabo at Michigan last season and will be thrilled to have him available. Trading for All-Pro linebacker Roquan Smith should also make a notable difference.

A sack artist a la Ojabo is required to take the desired step forward. The aging Justin Houston leads the Ravens in sacks with 6.0 quarterback takedowns. Houston is nearly 34 years old and is playing on an expiring contract. Houston is most effective in a rotational role. Sophomore defender Odafe Oweh is struggling to generate sacks (1.0) this season. Ojabo will hope to provide an immediate solution to Baltimore’s pass-rushing woes. Their depth is about to become stronger.

Ojabo isn’t the only difference-maker Baltimore plans to activate. Tyus Bowser will also be activated and plans to make his 2022 debut in Week 9. Bowser led the Ravens in sacks with 7.0 last season prior to suffering a torn Achilles in last year’s regular-season finale. Baltimore’s pass rush is about to look significantly different with Ojabo and Bowser flying off the edges, and a new linebacker in Smith playing behind the defensive line.

The 5-3 Ravens currently sit atop the AFC North, but the division remains competitive and unpredictable. The 4-4 Cincinnati Bengals remain hopeful. The 3-5 Cleveland Browns claimed a notable victory over the Bengals on Monday and will soon get Deshaun Watson back at quarterback. The Ravens need a couple of difference-makers down the stretch to continue separating themselves from the pack. David Ojabo may help them achieve their lofty goals.