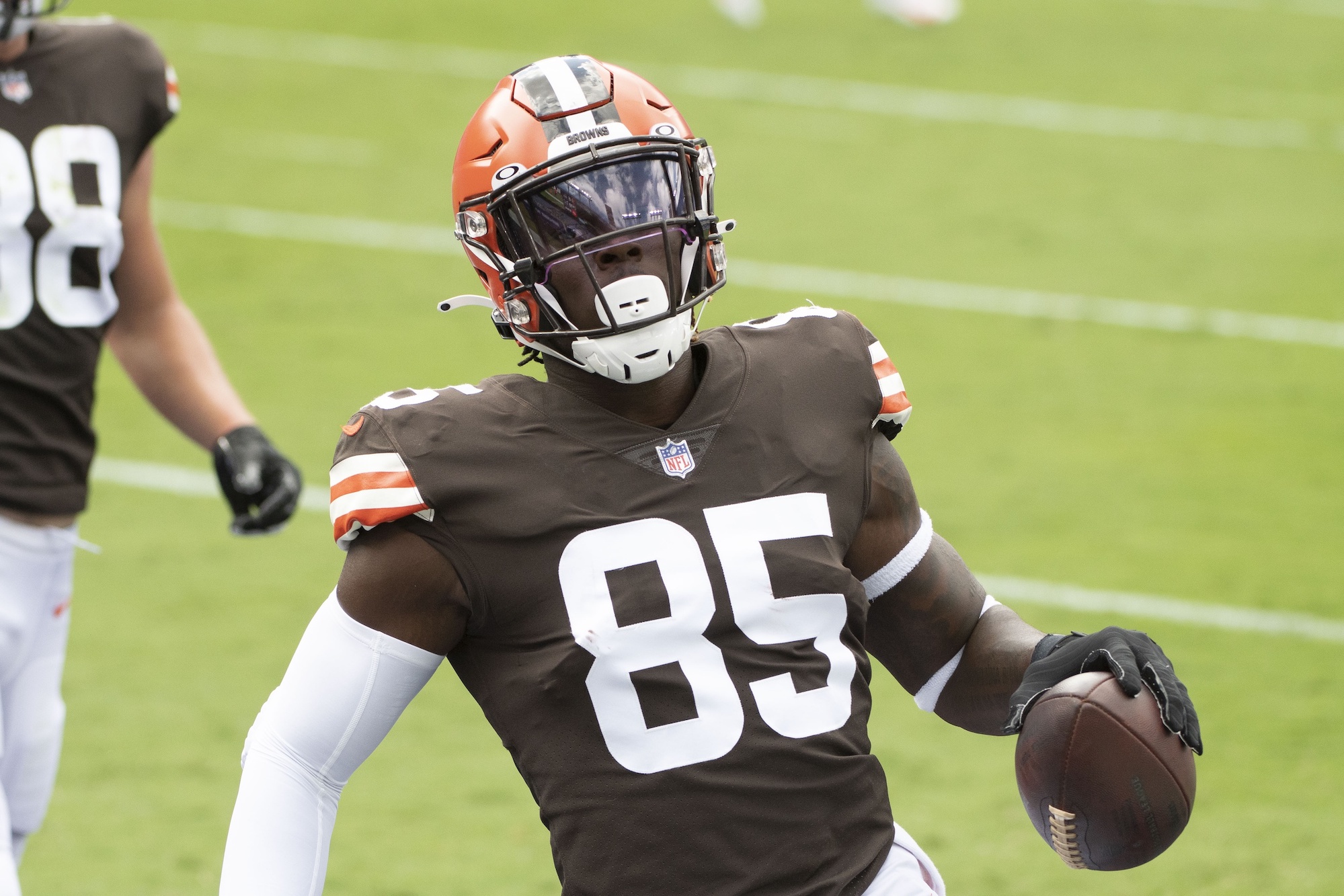 Did Browns Overpay For David Njoku?

The Cleveland Browns and tight end David Njoku recently reached an agreement on a four-year contract extension worth $56.75 million. Njoku receives $28 million guaranteed at signing and the deal averages approximately $14.187 million per season. It makes David Njoku the fifth-highest paid tight end in the league on an annual basis.

Browns General Manager Andrew Berry previously applied the franchise tag on Njoku, and the two sides had until mid-July to reach an extension. It represents a sizable commitment to a player that’s struggled to routinely reach his ceiling in Cleveland.

The former 29th overall selection in the 2017 NFL Draft, Njoku hasn’t quite developed into the superstar pass-catcher he was touted to be at Miami. Njoku has never recorded more than 56 receptions or 639 receiving yards in a single campaign, and those career-high numbers occurred during the 2018 season. In 2021, Njoku managed to total just 36 receptions for 475 yards in 16 regular-season appearances. It hasn’t stopped Cleveland from placing additional faith in Njoku as they prepare to field a new-look passing attack in 2022.

Njoku’s contract extension further cements Berry’s belief in what new starting quarterback Deshaun Watson is going to bring to the table. Cleveland’s passing game looked downright broken throughout last season with previous starting signal-caller Baker Mayfield failing to successfully play through a shoulder injury. Njoku never quite looked like a player capable of shouldering the workload and it’s worth noting Cleveland’s own belief in his abilities has previously come into question. One of Berry’s first signature moves in Cleveland occurred when he signed fellow tight end Austin Hooper to a four-year contract worth $44 million. Hooper immediately ate into Njoku’s playing time, a situation that placed Njoku’s future in limbo. Berry released Hooper earlier this offseason and the Browns are prepared to move forward with a tight end room spearheaded by Njoku and not much else.

A grand total of 23 tight ends accumulated more receptions than Njoku in 2021, including Hooper, who was ultimately released partially due to underperformance (the irony). In the yardage department, 21 tight ends topped Njoku’s results.

It’s worth noting there is a fairly straightforward path for Njoku to be significantly more successful in 2022 and the Browns are obviously banking on that scenario coming to fruition. Watson is easily the most efficient and talented quarterback Njoku has been able to call a teammate throughout his time in Cleveland. Cleveland’s offense is expected to be more pass-happy than previous iterations, which should allow for more opportunities for a player like Njoku to make a difference. Njoku is also no longer battling for targets with a teammate at his own position. Harrison Bryant is Cleveland’s No. 2 tight end, and although Berry invested a fourth-round selection into him, he’s ultimately a downgrade from Hooper.

The Browns are going to diversify their passing attack in 2022. The financial commitment to Njoku makes the Cedar Grove, New Jersey native a big part of their immediate and future plans. The contract is awfully similar to what the Baltimore Ravens signed the elite Mark Andrews to in September. It’s an overpay from a previous production versus dollar point perspective. It will be worth monitoring Njoku’s impact.