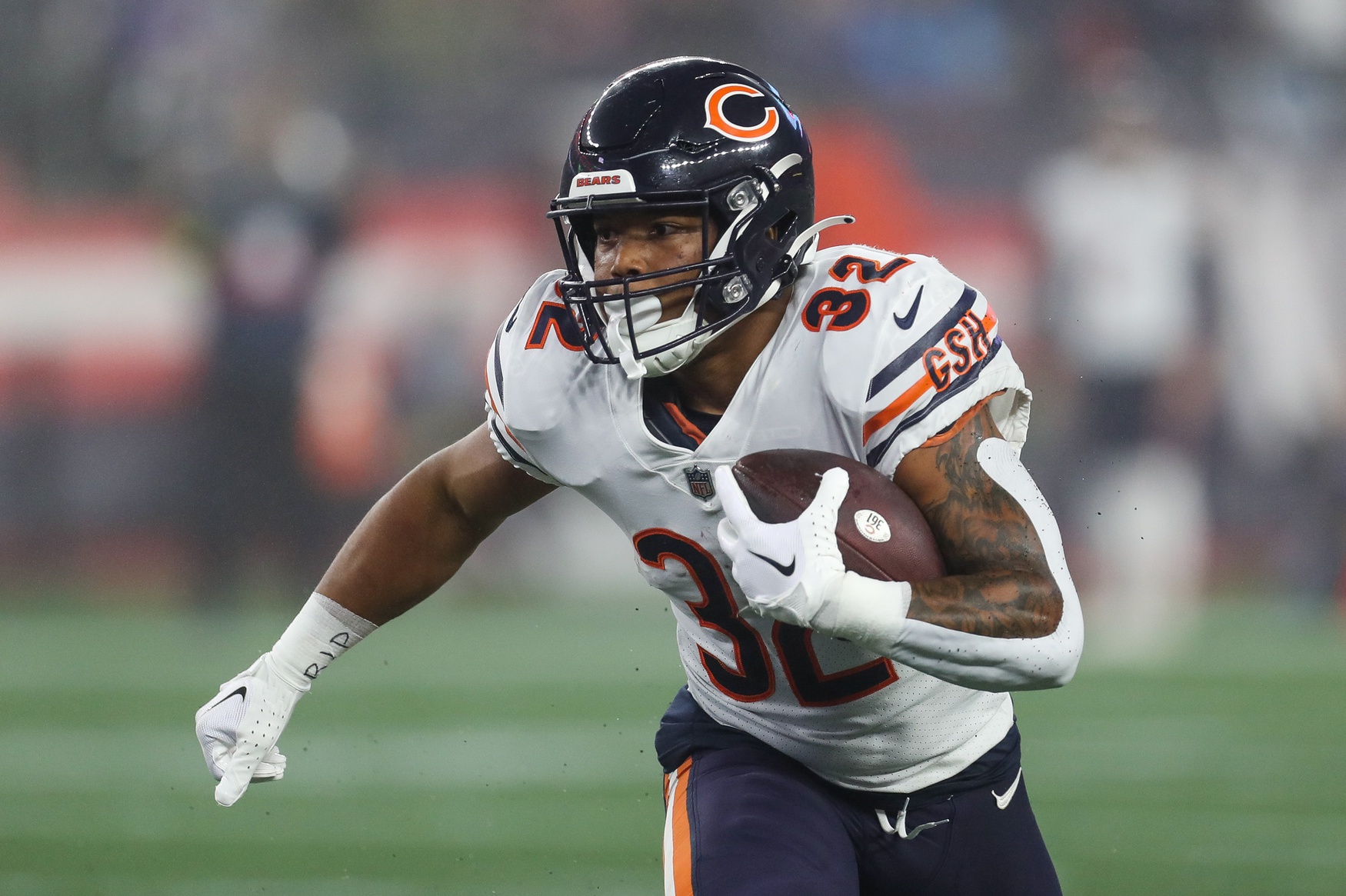 3 Teams That Should Trade For David Montgomery

Herbert is averaging an explosive 6.2 yards per carry this season. It’s 2.2 yards better than Montgomery’s season average (4.0). Montgomery has been held to 26 rushing yards or less in three of his six appearances this season. Herbert is the more productive back.

Bears general manager Ryan Poles may be a seller ahead of next week’s trade deadline (Nov. 1). Poles inherited Montgomery from the previous regime and the rusher is in a contract year. The Bears may consider trading Montgomery in exchange for future draft capital prior to his potential departure via free agency. We’ve swiftly identified three potential landing spots for Montgomery.

The Chiefs can’t be thrilled with the current output from Clyde Edwards-Helaire. Rookie ball-carrier Isiah Pacheco received first-team practice reps ahead of Sunday’s win over the San Francisco 49ers and earned the start in the backfield. Edwards-Helaire was downgraded to timeshare duties, but Pacheco earned just eight carries, totaling 43 yards (5.4 yards per carry). Edwards-Helaire saw just six carries. The Chiefs’ current situation at running back is a jumbled mess.

Furthermore, former Bears head coach Matt Nagy is a senior offensive assistant and quarterbacks coach in Kansas City. Nagy coached Montgomery for three seasons (2019-21) in Chicago and played a role in the Bears’ decision to draft Montgomery in the third round (No. 73 overall) of the 2019 NFL Draft. Montgomery ran for a career-high 1,070 yards under Nagy’s tutelage in 2020. Chiefs head coach Andy Reid has always appreciated Nagy’s input and the latter could convince the Chiefs to acquire Montgomery at the trade deadline.

The Rams are preparing for a mutual split with running back Cam Akers. Akers and the Rams are working through some philosophical-related differences while searching for a solution that sends Akers to another roster. Rams general manager Les Snead may consider acquiring a running back at the deadline as a result.

The Rams currently own the league’s 31st-ranked rushing offense, averaging just 70.5 rushing yards per contest. Darrell Henderson Jr. has failed to establish himself as a workhorse back. Henderson is averaging 3.9 yards per carry this season and has yet to surpass 47 rushing yards in a single showing.

Rams head coach Sean McVay plans to involve rookie ball carrier Kyren Williams with more frequency moving forward. Williams remains on IR and the Rams have yet to trigger his 21-day return-to-practice window. The Rams shouldn’t become overly reliant on Williams, a day-three rookie who’s yet to make his regular-season debut. Acquiring Montgomery would be a wiser solution.

The Bills missed their opportunity to acquire Christian McCaffrey. The San Francisco 49ers paid a premium to land McCaffrey that was outside Buffalo’s comfort zone. Bills general manager Brandon Beane may consider pivoting to a more affordable asset such as Montgomery.

The Bills haven’t received contributions from the three-man backfield they envisioned. Rookie ball-carrier James Cook has totaled 134 yards of offense through six contests. Cook has also lost a fumble and is struggling to earn the trust of his coaching staff. Zack Moss hasn’t played his way into a legitimate timeshare alongside Devin Singletary. Moss has earned just 17 carries this season.

Buffalo’s rushing attack would be in legitimate danger of being rendered completely ineffective if Singletary were to suffer an injury. Beane should consider acquiring a running back to pair alongside Singletary as the Bills prepare to make a run at Super Bowl LVII. Montgomery is a quality candidate.