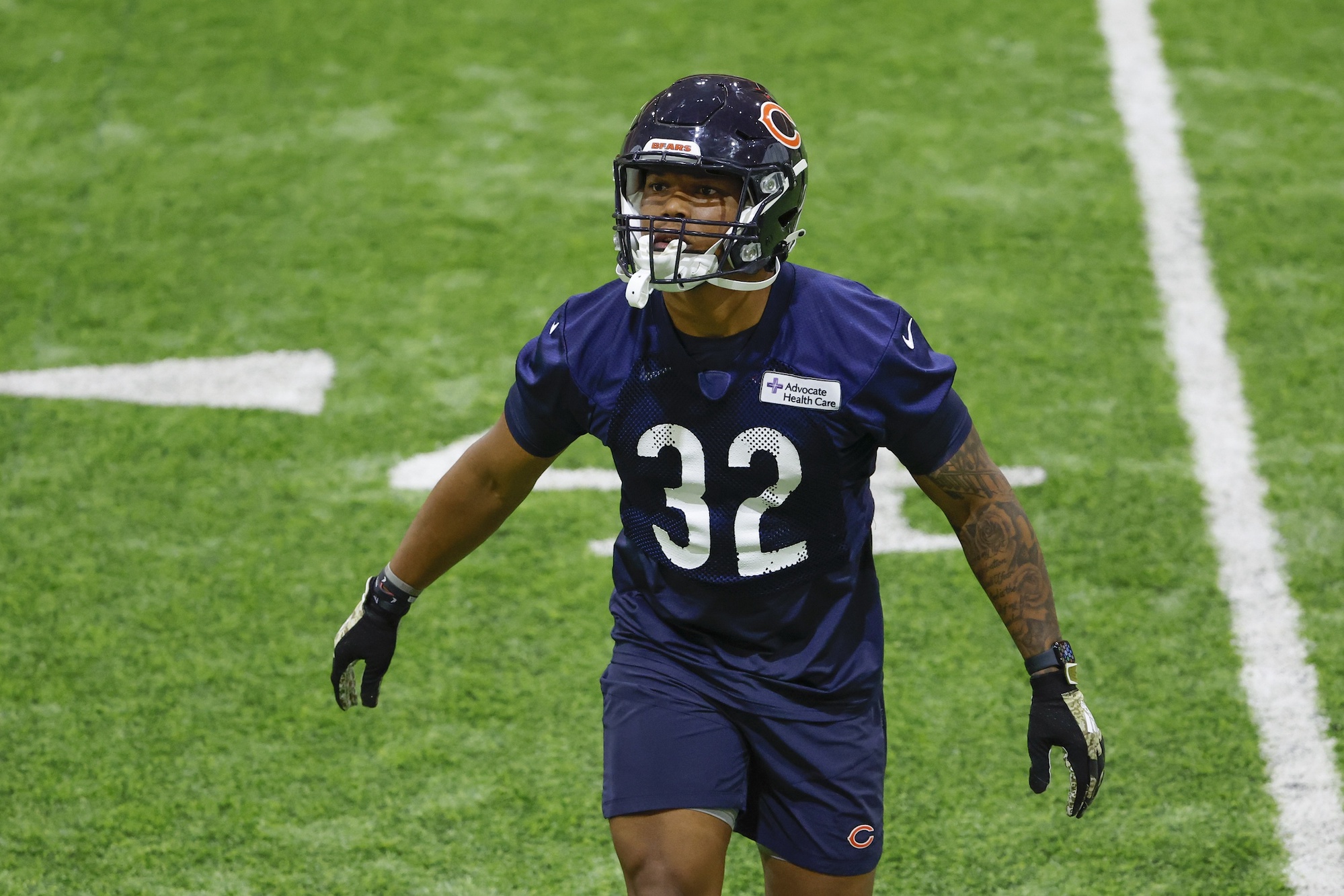 A new regime often welcomes fresh ideas. The Bears are ushering in a new era under general manager Ryan Poles and head coach Matt Eberflus. Eberflus and offensive coordinator Luke Getsy seem to be searching for creative manners to get Montgomery more involved. We ultimately respect the sentiment, but utilizing Montgomery on special teams is peculiar. The Bears are expected to lean heavily on their rushing attack in 2022. That’s where Montgomery’s attention should be focused.

Montgomery has never returned a single kick or punt for the Bears since originally entering the league as a third-round selection in the 2019 NFL Draft. Throughout that same time frame, Montgomery has handled a minimum of 267 touches per campaign while serving as a dual-threat weapon in Chicago’s offense. In 2021, Montgomery handled a career-low 225 carries for 849 rushing yards and seven touchdowns while injury limited him to 13 appearances. Montgomery added 42 receptions for 301 receiving yards. Going back to his college days at Iowa State, Montgomery has never been a special teams contributor, and likely never will be (or shouldn’t be).

The Bears could be searching for a new kick returner, and that’s potentially why Montgomery is receiving looks at the position. Fellow running back Khalil Herbert handled a team-high 27 kickoff attempts last season, gaining 650 yards in the process. Herbert has been receiving some reps with the first team at Bears practice as a lead running back. All signs point to more of a timeshare between Montgomery and Herbert going forward.

Increasing Herbert’s traditional workload while decreasing his involvement on special teams makes sense, but not at the expense of Montgomery. Jakeem Grant Sr. also handled 21 kickoffs last season but is now a member of the Cleveland Browns. Grant was also Chicago’s primary punt returner. Change is undoubtedly coming to Chicago’s special teams core.

Kickoff duties should be handled by rookie receiver Velus Jones Jr. Jones was named SEC Co-Special Teams Player of the Year last season after averaging 27.3 yards with one touchdown on 23 kickoff returns and 15.1 yards on 18 punt returns. In 61 career college appearances over six seasons, Jones averaged 24.4 yards with two touchdowns on 122 kickoff returns. Running backs Trestan Ebner and Darrynton Evans should be viewed as alternate candidates in the mix to return kicks. There are several better options than Montgomery.

Chicago’s offense is facing serious question marks. Sophomore quarterback Justin Fields is surrounded by a less-than-ideal supporting cast. The offensive line is filled with holes and just signed two of its starters last month (Riley Reiff and Michael Schofield). The receiver corps leaves plenty to be desired beyond Darnell Mooney. The Bears will have to run the ball effectively in 2022 in hopes of removing pressure from Fields and the passing game. Keeping Montgomery fresh for another 250-plus touches would be the wise decision.

Montgomery is entering a critical contract year. The Cincinnati, Ohio native’s future in Chicago hangs in the balance as he prepares to enter a fate-defining season. Poles has overturned Chicago’s roster and more change will inevitably arrive next offseason. Montgomery could be part of the outgoing group. Maximizing Montgomery’s impact in 2022 is crucial to the Bears’ offensive outlook, but he’s not a legitimate special teams contributor. Don’t force a square peg into a round hole.