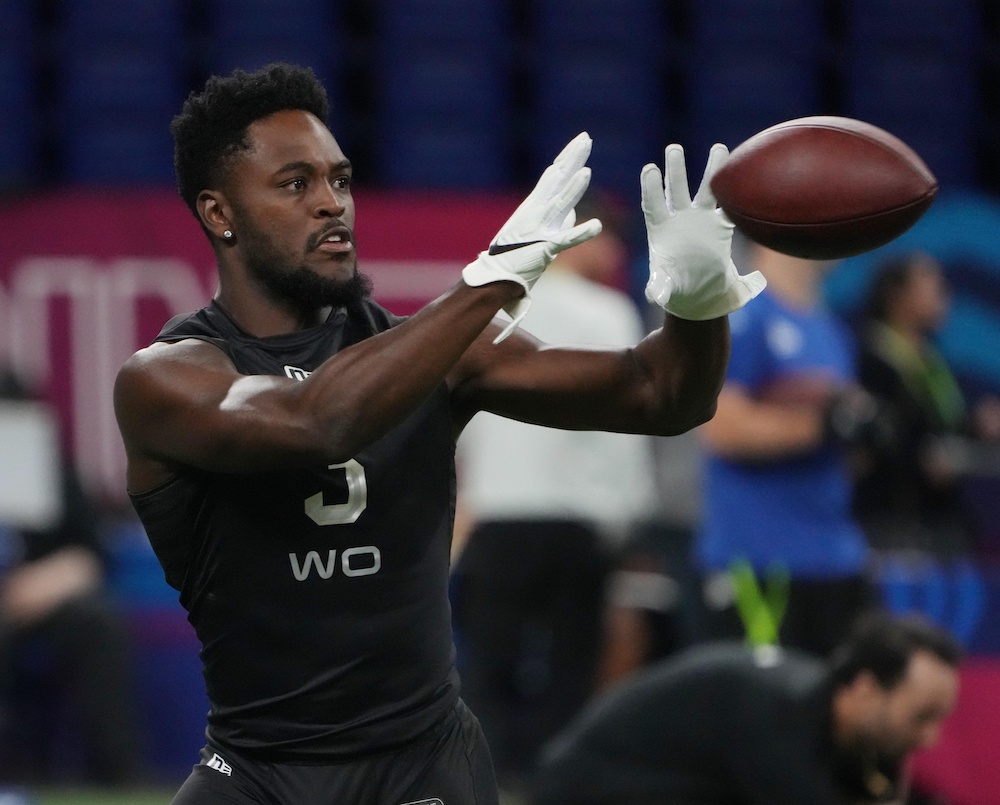 Please don’t get tricky when it comes to David Bell.

Bell is a two-time 1,000-yard wideout at Purdue and while the NFL has groomed the masses to drool over the sexy speedsters of the class or vertically imposing 50/50 ball winners, sometimes the eye test is best. Though it has seemingly fallen out of fad as analytics and intricate numbers have ravaged the scouting landscape, simply drafting ‘good football players’ is the way to go, and if you’re a team in need of immediate pop on the perimeter, Bell could be the key to unlocking a higher level of offensive output come this fall.

Although he fails to present the resume of receivers like Chris Olave, Jameson Williams, or Drake London – competing in the Big Ten, and within an offense lacking NFL talent, it wasn’t ever easy for Bell to progress into a top receiver for the Boilermakers. He was often doubled, but unlike some of the aforementioned pass-catchers who were blessed to work with potential high picks under center in the next few draft cycles, Bell was forced to diversify his game to fit the limitations of the passers he worked with.

Whether he aligned outside at X, Z, or inside in the slot, Bell was as consistent as they come at the college level. While many have shunned his skillset due to his substandard testing numbers at the NFL Scouting Combine, flip on the film and tell me the kid can’t play. Sure, a team could easily pass him up in what is a deep pass-catching pool of talent with a variety of skill sets to fit any offense in football, but at 6-foot-1, 212 pounds, Bell’s film presents a prospect that is ready to compete at the next level for top targets. Where he impresses most is within the contact window, or, in other words, the five-yard invisible box defenders are allowed to put their hands on opposing wideouts.

Whether teams opted to press him at the line of scrimmage, or give him a cushion and forcing him to win with his burst, Bell’s intricate mirroring ability with his feet and hands presents an oily route-running ability that has been a pleasure to watch on film. Couple his body control with his knack for snatching footballs out of the air and you’ve got yourself a player. Sure, there are more athletic prospects in this class, and if you want a strict linear athlete, you can find those guys easily in this class. But when the wideout is faced with a similarly athletic corner and has to work within a phone booth, running vertical through the defender just won’t work on Sundays. That’s where Bell comes in. He won’t blow you away on designated touches, nor will his yards-after-catch ability see anyone compare him to a Tyreek Hill or Deebo Samuel, but when it comes to understanding the intricate logistics of how to win at the line, there aren’t many wideouts that join David Bell at the table.

It’s become awfully easy to become tantalized by the highlight-reel talent overflowing the league in recent years, but when it comes to finding ballplayers and guys that just flat out “get it,” don’t overlook the unanimous All-American this spring.