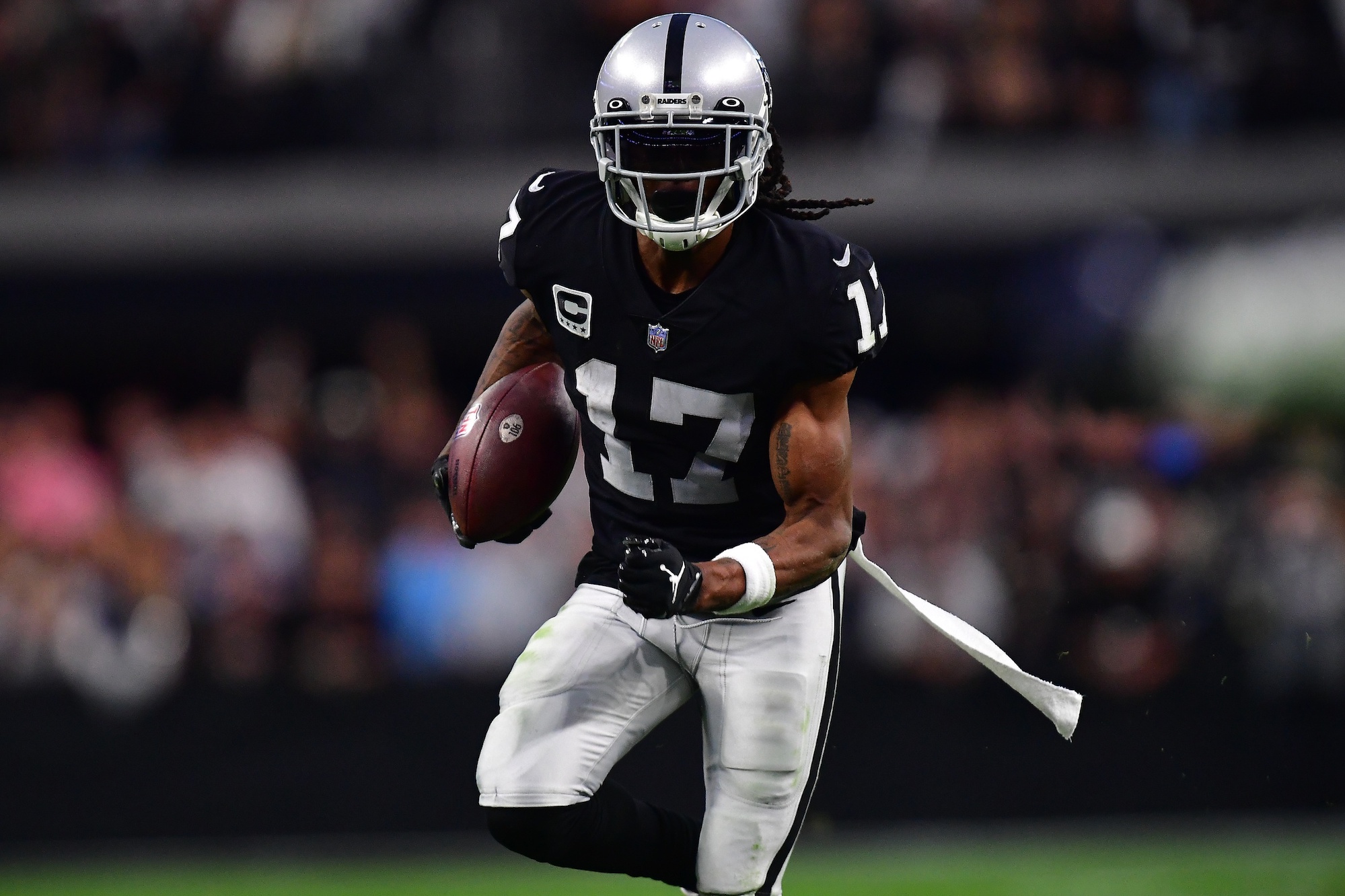 Throughout the first half of this season, the Las Vegas Raiders had a hard time getting their elite newcomer Davante Adams involved consistently. However, since Week 9, he’s gotten a much more consistent—and elevated—target share, which has led to more receptions, more yards, more touchdowns, and, most importantly, more wins for the Raiders.

When Las Vegas made the trade for Adams in the offseason, the expectation was that he would take their offense to the next level. For a team that just a year ago made the playoffs without a deep-threat receiver for quarterback Derek Carr, the long-time Green Bay Packer seemed poised to thrive in the desert. Not only would Adams be reunited with his collegiate quarterback, but the team’s new, offensive-minded head coach Josh McDaniels seemed like the perfect guy to put his skill set to good use.

Right off the bat, that seemed like a good prediction. Carr looked to his new teammate 17 times, and Adams went off for 141 yards and a touchdown on 10 catches in his Raiders debut. Though over the next seven weeks, the receiver’s weekly contributions weren’t as consistently impressive.

For instance, in the two weeks following his great start, Adams had 17 targets combined—the same number he had in Week 1 alone—and caught just seven of them for 48 yards, though he did have two touchdowns. That drop-off wasn’t necessarily because of game scripts, either. Carr actually had more pass attempts in Weeks 2 and 3 (39 and 44, respectively) than he had in Week 1 (37).

The three weeks after that was a return to the production everyone expected with at least 95 receiving yards in all three games, including a wild, 124-yard, two-touchdown performance despite just three catches against the Kansas City Chiefs in Week 5. But then, as the Raiders were getting shut out by the 2-5 New Orleans Saints, Adams saw just five targets and caught one of them for a measly three yards. With the Raiders’ defense struggling and their record standing at 2-5 heading into Week 9, they had to fix something about their offense to get their star receiver involved consistently.

That’s exactly what they did. From Weeks 2 through 8, Adams averaged fewer than nine targets per game. In the six weeks since then, the receiver hadn’t seen fewer than 11 targets in a game until last week’s Thursday Night Football matchup with the Los Angeles Rams. The results speak for themselves. Adams has put up 735 receiving yards and seven touchdowns in the last six weeks. Only Justin Jefferson of the Minnesota Vikings has more receiving yards in that span (748) and rookie Christian Watson, Adams’ “replacement” in Green Bay, is the only player with as many receiving touchdowns. Notably, the Raiders are 3-3 over that span—not perfect, but definitely better than their record over the first half of the year.

As it turns out, getting more targets to one of the most dynamic receivers in the NFL allows him to make plays and create catches, which in turn creates yardage and points for the offense.

.@tae15adams’ 1st catch of the night is an epic one-hander 👋#LVvsLAR on Prime Video
Also available on NFL+ https://t.co/m65o43ZLpv pic.twitter.com/3cTZu6oZZa

I'd contend that no great player in the NFL makes utter dominance look as casual as this guy. He looks bored doing this. pic.twitter.com/53Q7Ujyylb

Carr is a talented quarterback who can make nice throws and fit the ball into tight windows, and Adams is an elite receiver that can bail his quarterback out, even on imperfect throws. Getting the receiver going has tended to get his quarterback and the rest of the offense rolling as well. Running back Josh Jacobs is averaging 24 more yards per game in the last six weeks than he was in the first half of the year, and the scoring offense is seventh in the league over that span. Thanks to the Derek Carr-Davante Adams duo’s recently rekindled connection, Adams now leads the league in receiving touchdowns (12), and Carr has entered the top 10 in passing touchdowns (20) as well.

Good things happen for NFL teams when they find ways to get their best players involved. Whether it’s through flea flickers or lining Davante Adams up further outside to prevent extra safety help over the top, McDaniels and the Raiders have figured out how to do that with more consistency. The nine-year veteran is one of the best players in all of professional football right now, and his increased involvement in recent weeks has been a big reason Las Vegas’ season isn’t totally lost.