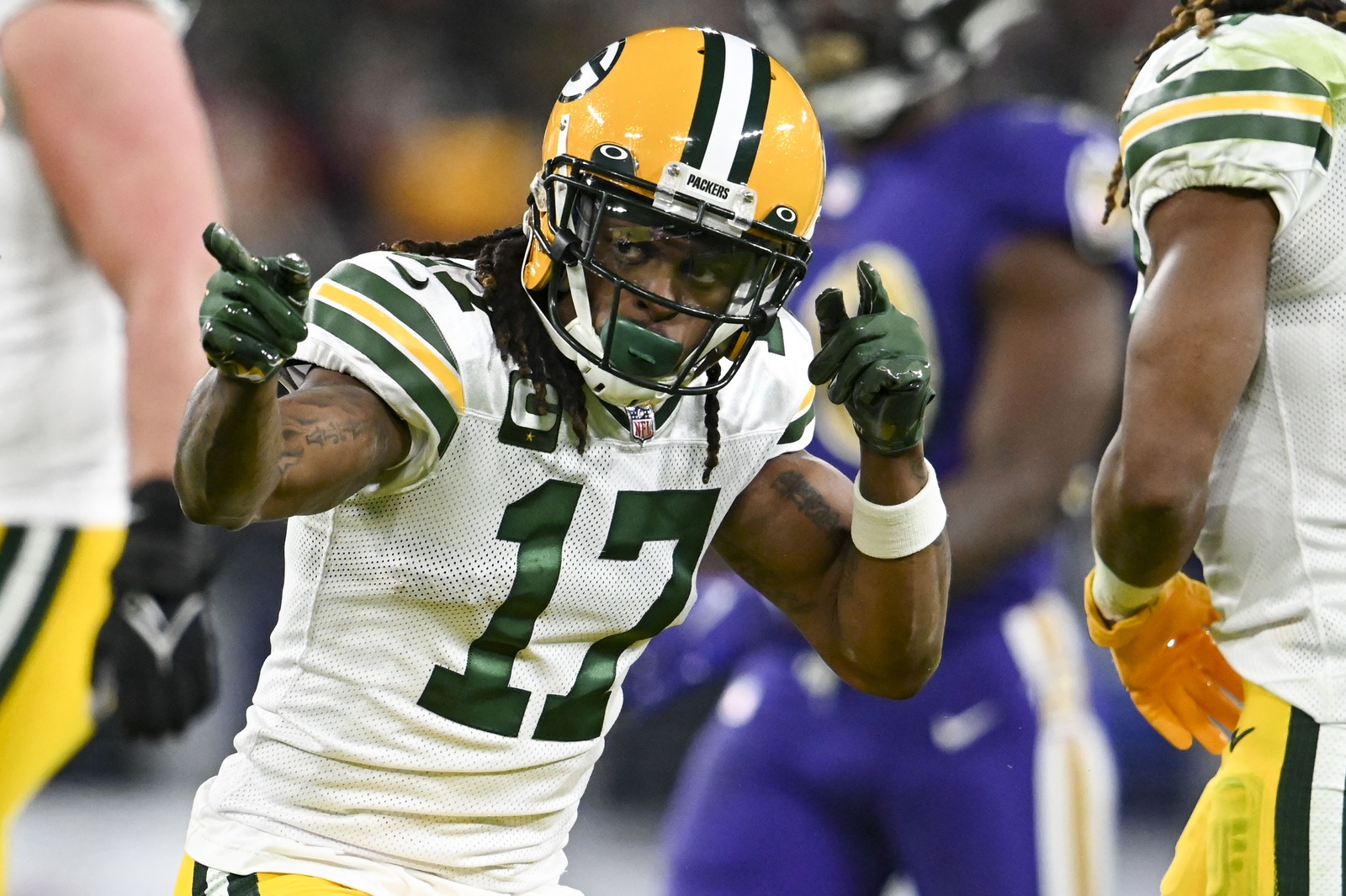 Is Drop-Off Coming For Davante Adams With Raiders?

One of the biggest NFL offseason acquisitions in 2022 occurred when the Las Vegas Raiders traded for superstar wide receiver Davante Adams. The Raiders sent 2022 first- and second-round picks to the Green Bay Packers in order to secure the services of Adams. Raiders General Manager Dave Ziegler then awarded the pass-catcher with a historic five-year, $141.25 million contract which made him the highest-paid receiver in the NFL at the time of the signing. How Adams acclimates to his new surroundings qualifies as one of the more intriguing storylines heading into the 2022 campaign.

There are several reasons why Adams should continue his recent trend of production, but legendary Packers quarterback Brett Favre is expecting a dropoff. We don’t agree, but Favre made some strong comments that are worth exploring in further detail.

“No disrespect to Davante at all—zero disrespect. I do think that Davante will make Derek Carr better and, in time, they will be a dynamic duo,” Favre said. “Now will it be the duo that Aaron and Davante had? Time will tell. I think Derek Carr is a very good quarterback, but he’s not in Aaron’s league yet. He may never be, and that’s no disrespect either. I think Davante owes a great deal of gratitude to Aaron and the Packers drafting him,” Favre concluded.

Understanding Favre’s side of the argument isn’t overly difficult. Adams has led the league in receiving yards and receiving touchdowns over the last five seasons and is fresh off a career-best campaign that included 123 receptions for 1,553 yards and 11 touchdowns. Replicating that sort of production is always difficult, especially when switching teams and downgrading at the quarterback position. Carr is an excellent quarterback that produced single-season career-highs in yards (4,804) and completions (428) last season, but there’s no denying Carr isn’t at the same level as the Canton-bound Rodgers (few quarterbacks are).

One thing Favre isn’t taking into account is opportunity. The Raiders didn’t pay Adams nearly $150 million to underutilize him in their new-look offense. Adams will be peppered with targets as Vegas’ only dominant target on the boundary. Slot receiver Hunter Renfrow and elite tight end Darren Waller will undeniably remain heavily involved but expect the Raiders to look Adams’ way nearly 200 times this season, health permitting.

Furthermore, the chemistry between Carr and Adams should lead to a smooth transition period for all parties involved. Carr and Adams played two full seasons together at Fresno State. The Carr-Adams connection accounted for more than 3,000 receiving yards and 38 touchdowns in 36 shared appearances for the Bulldogs. Both entered the NFL as second-round draft picks in 2014, and have remained close friends ever since.

Opportunity will breed production for Adams. New Raiders Head Coach Josh McDaniels is an offensive-minded leader that understands how to utilize a difference-maker at receiver. McDaniels rarely benefited from the services of a dominant boundary receiver throughout his historic tenures as New England’s offensive coordinator (tight ends and slot receivers were all the rage), but a 2007 campaign that saw legendary receiver Randy Moss account for nearly 1,500 receiving yards and a record-breaking 23 touchdowns proves that McDaniels will feature a starring receiver when afforded the opportunity. Moss’ 23 touchdowns still represent the all-time single-season record, which is particularly impressive given the league has become considerably more pass-happy since then. Adams isn’t Moss (almost nobody is), but the less-talented likes of Wes Welker and Julian Edelman also surpassed 1,000-plus receiving yards under McDaniels’ tutelage. With both McDaniels and Carr in the fold, there’s very little reason to believe Adams can’t be as effective as ever.

There’s also the matter of the division Las Vegas plays in. The Raiders will compete in a new-look AFC West that features Patrick Mahomes and the Kansas City Chiefs, Justin Herbert and the Los Angeles Chargers, and Russell Wilson and the Denver Broncos. The 2022 iteration of the AFC West has arguably accumulated the most talent at the quarterback position any division has ever rostered at the same time. The division promises to deliver an abundance of high-scoring contests and historic offensive play. The Raiders will be forced to keep up with their fierce competitors. It’s another reason why Adams can expect 10-plus targets to be thrown his way on a weekly basis.

The Raiders have embraced today’s pass-happy league. Their offseason movements signal that. Notable extensions for Carr and Renfrow, paired with Adams’ acquisition, showcase a forward-thinking approach under McDaniels. Playing in the most talented division in the NFL will keep Adams in the mix on a consistent basis. A dropoff isn’t coming.