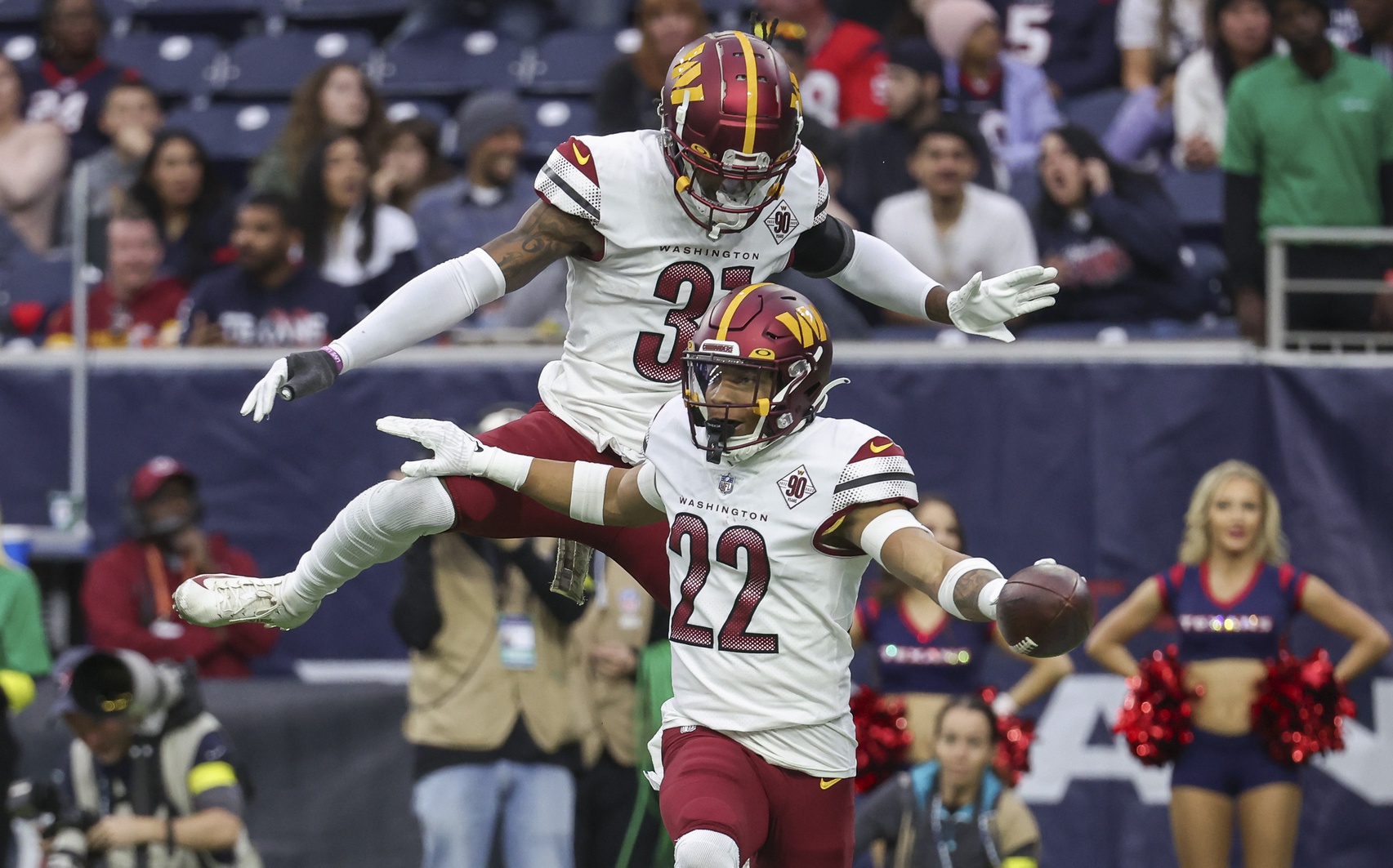 Darrick Forrest Making Name For Himself In Commanders’ Secondary

A fifth-rounder in the 2021 NFL Draft, Washington Commanders safety Darrick Forrest has carved out his own pathway to snaps this fall. A versatile athlete who spent the majority of his first campaign on special teams, his improvement at the roof of the Washington defense has thrown another dynamic body into the fold for Ron Rivera to deploy.

With 169 snaps on teams compared to just 26 reps on defense, Forrest was a core special teamer in his rookie season. And while players in that role are needed on each and every team, the skill set that he showed during his time at Cincinnati and within his limited snap count alongside Kam Curl spotlighted a unique chess piece worthy of more looks on a youth-infused burgundy and gold unit.

Darrick Forrest was extremely versatile in his alignments on MNF (snaps by spot):

Among a group of safeties loaded with depth, a high level of play has seen Forrest become a staple within a defense playing among the league’s best over the last two months. While Curl and veteran Bobby McCain have worked adjacent to each other since last year, Forrest’s ability to be unique in his alignments has allowed defensive coordinator Jack Del Rio to be more and more exotic in his defensive architecture as the season has gone on. In the box, at free safety, at nickel, he’s been all over the place—those are the ways in which Del Rio would have liked to have used Landon Collins in years past.

Although Washington brass has continued to add bodies to the safeties room in hybrid talent Khaleke Hudson and a rangy Percy Butler over the last few drafts, Forrest’s athleticism alongside the likes of Curl—one of the league’s most underrated talents—has seen his game blossom while earning playing time.

THE EFFORT ON THIS INT! @_Dfoe5

Forrest’s motor has been rewarded via two picks and a fumble recovery in the last two weeks. A high-energy talent whose knack for playing with his hair on fire provides a pop at the Washington roof last seen when D.J. Swearinger was roaming around years ago, more snaps have added an increased sense of comfortability for Forrest—and he’s only getting better.

In coverage, Forrest has allowed just 16 catches on 30 targets in 310 total coverage snaps. After being picked on the first three weeks of the campaign (21 targets), he’s given up a grand total of 29 yards in coverage since Washington’s loss in Week 3 to Detroit, a massive mark toward his improvement both individually and as a whole within a defense that has looked dominant the last few weeks.

While I could go on and on about the play of his teammate in Curl—a seventh-round steal who has become a legit stud for the Commanders on the backend—Forrest’s progression as a fifth-rounder in his own right has formed one of the more high-impact, youthful secondaries the NFL has to offer alongside corner Benjamin St-Juste. In a day in age where teams’ aerial attacks often tell the story of a unit’s offensive success, the progression of Darrick Forrest into a multifaceted defender who is able to not just wear multiple hats, but wear them well, has placed another ballhawk within an uber-talented defense in the nation’s capital.