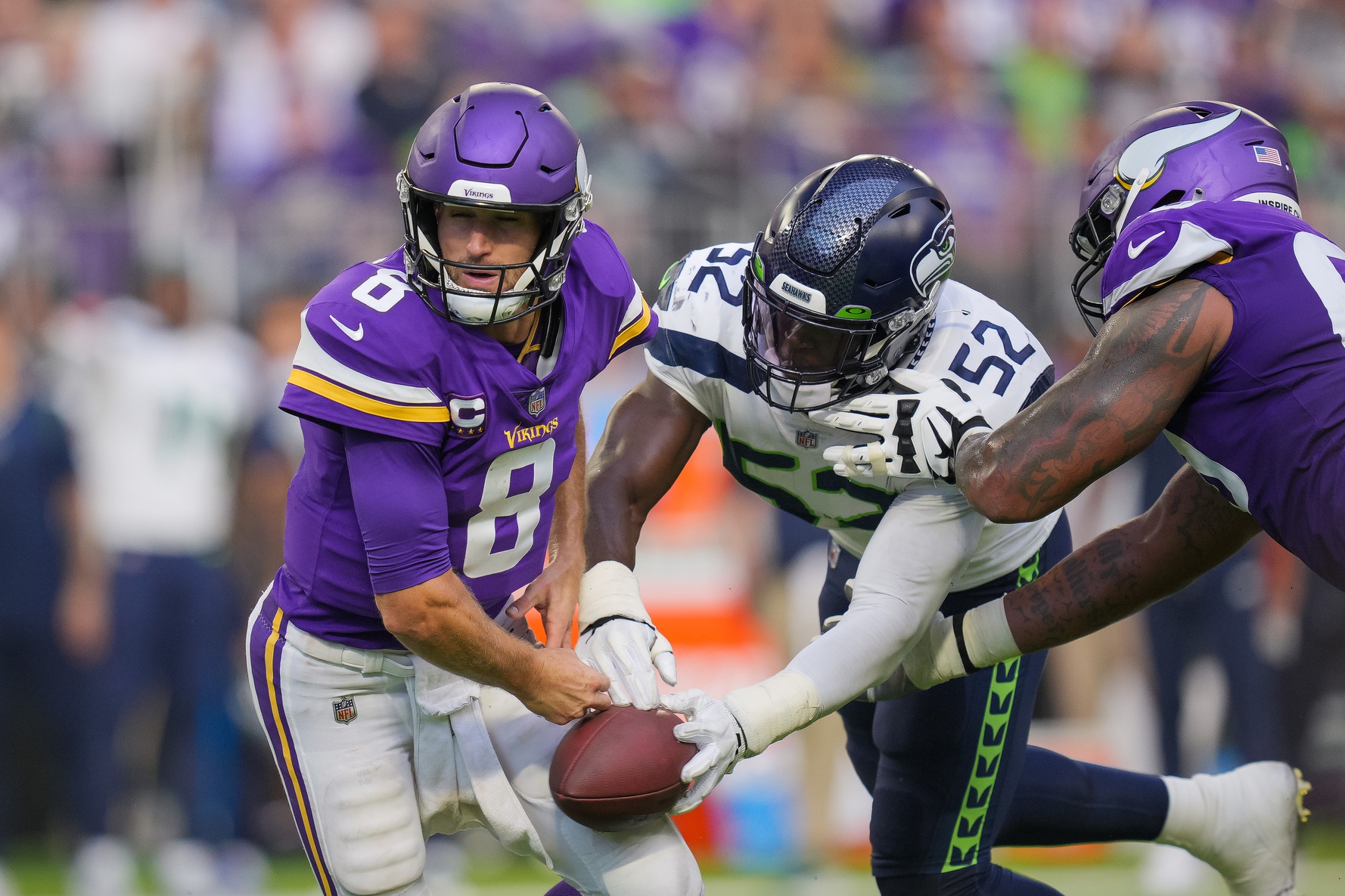 Why Seahawks’ Darrell Taylor Is Poised For Breakout 2022 Season

The word “reach” was thrown around when Seattle Seahawks General Manager John Schneider drafted former Tennessee defensive end Darrell Taylor with the No. 48 overall selection in the 2020 NFL Draft. Taylor was generally viewed as a fringe top-100 prospect as opposed to a sure-fire top-50 pick. Furthering that narrative, Schneider actually traded up from pick No. 59 to No. 48 in order to draft Taylor, parting with a third-round selection in the process. It was a bold move considering Taylor didn’t participate in the NFL Scouting Combine. Questions continued to surround that decision when Taylor missed his entire rookie campaign due to offseason surgery following a serious leg injury suffered during his final season at Tennessee.

Undoubtedly fueled by a lost campaign, Taylor returned to the field with a vengeance in 2021. The former Volunteer rewarded Seattle’s patience by totaling 6.5 sacks in his first season on the field. Taylor added 37 total tackles, 13 quarterback hits, 7.0 tackles for loss, one forced fumble, and a team-high 36 pressures, via Pro Football Focus, to his final stat line. Taylor strung together such impressive numbers despite suffering a scary-looking neck injury that left him momentarily immobilized in a mid-October contest against the Pittsburgh Steelers. It miraculously only cost Taylor two games.

The Seahawks are banking on Taylor taking a sizable step forward. Seattle recorded 34.0 sacks in 17 regular-season contests last season. Last year’s sack leader was Carlos Dunlap (8.5 sacks), who remains an unrestricted free agent and isn’t expected back in Seattle. Fellow pass rusher Rasheem Green signed with the Houston Texans earlier this offseason—Green matched Taylor’s sack total (6.5) last season. The departures of Dunlap and Green freed up a staggering 1,327 defensive snaps and Taylor, who played only 46% of Seattle’s defensive snaps, should be the main beneficiary. Taylor’s snap count could nearly double from last season, and a double-digit sack season is within the realm of possibility for Taylor.

Taylor could potentially spearhead a new-look pass-rushing group. Replacing the likes of Dunlap, Green, and Kerry Hyder Jr. (who signed with the San Francisco 49ers) are two draft picks and one intriguing free-agent signing. Schneider used a premium second-round selection (No. 40 overall, one pick before Seattle drafted running back Kenneth Walker III) on former Minnesota EDGE Boye Maye. Later in the fifth round, the Seahawks also drafted Ohio State’s Tyreke Smith. Mafe and Smith are both expected to play a bunch despite being rookies. The free agent acquisition was Uchenna Nwosu, who Schneider signed to a two-year contract worth $19 million.

Of this group, it’s worth noting Taylor is the only player who possesses experience playing under new defensive coordinator Clint Hurtt, who served as Taylor’s defensive line position coach last season. It sets Taylor up well for an immediate impact in an evolving defense.

That evolution is currently underway. Hurtt’s defense is expected to transition to more of a 3-4 look than Seattle’s previous preference of a 4-3 front (with 3-4 elements sprinkled throughout). Last season, Taylor often worked in a hybrid edge role under Hurtt’s vision. Taylor should continue to thrive in the SAM/LEO roles as that hybrid linebacker with an emphasis on getting after opposing quarterbacks.

The Seahawks are a rebuilding team in transition. Plenty of players with three years of experience or less will take center stage on both sides of the ball, including various rookies. Taylor is perhaps the most notable defender of that group. Seattle’s new-look defense is relying on Taylor’s ability to unlock another tier moving forward. Taylor’s sophomore campaign somewhat flew under the radar, but the Hopewell, Virginia native appears poised to announce his fierce arrival in 2022.