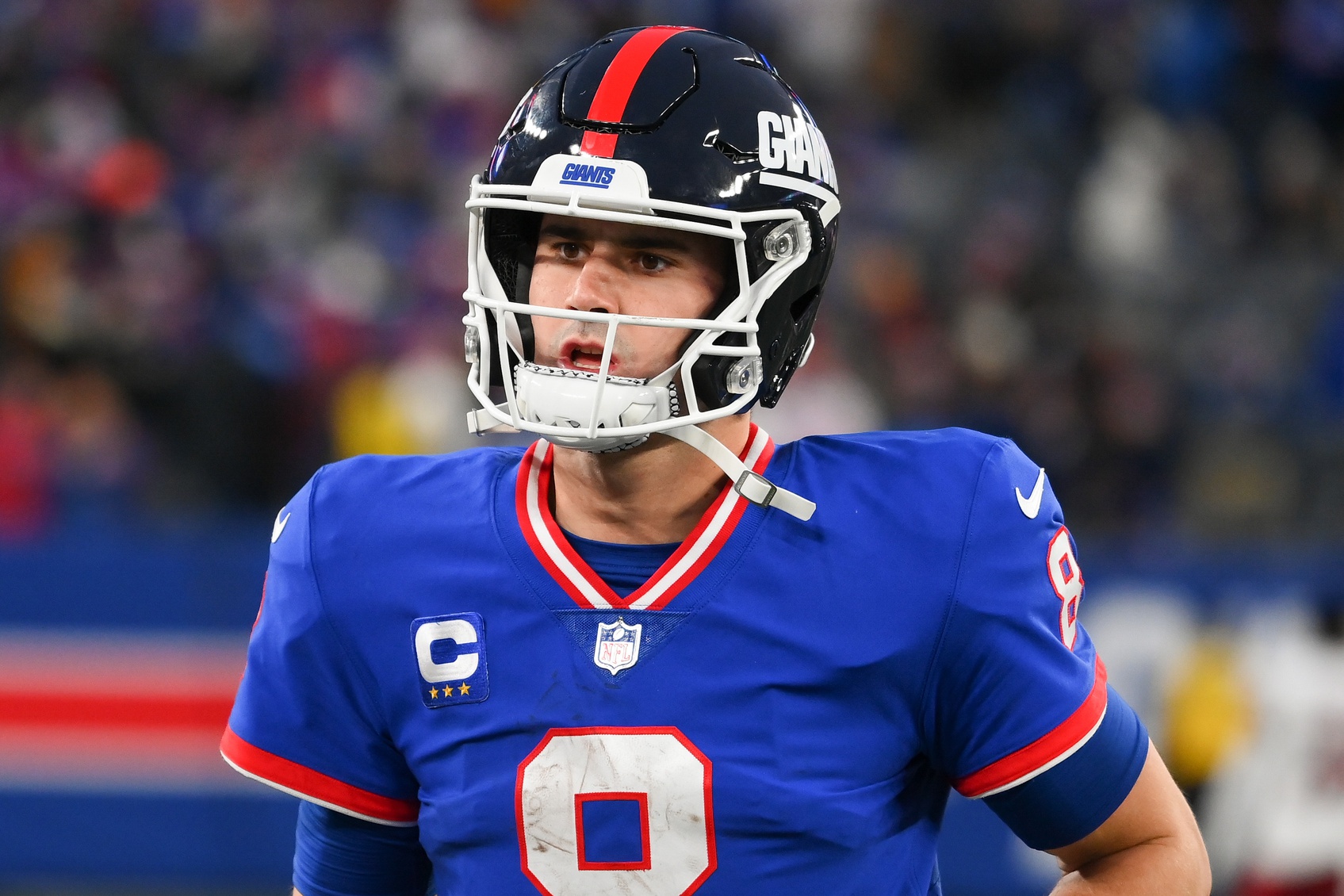 Is there any quarterback in the NFL who has done more with less than Daniel Jones of the New York Giants?

There aren’t many quarterbacks working with the cast of characters as bad (or at the very least, as underwhelming) as what Jones has around him. Yet somehow, the Giants need just one more win to clinch a playoff spot this year, in no small part thanks to Jones’ performance in his fourth year under center in New York. He’s built up quite a case for himself to stick around after his rookie contract expires at season’s end.

Just how bad have things really been for Jones? To start with, let’s just look past the last three years full of coaching turmoil and inconsistency on the sideline and in the front office and focus just on this year’s team. First, the Kenny Golladay signing in early 2021 just continues to look worse each week. Through 16(!!) weeks of the season, he has as many drops as he has receptions, with four each. His abysmal performances when active all season have led head coach Brian Daboll and offensive coordinator Mike Kafka to leave him out of New York’s receivers rotation almost entirely. Next, Sterling Shepard, who looked poised for a bounce back earlier this year, tore his ACL in Week 3. Eight weeks later, rookie Wan’Dale Robinson, who had started to break out himself, went down with the same injury.

That has left Jones and the Giants with a starting receiving trio of Darius Slayton, who was very much on the roster bubble in training camp; Richie James, a former seventh-round pick with serious dropping issues; and Isaiah Hodgins, who the team just claimed off waivers in early November. Unsurprisingly, that’s led to their receiving leader (in terms of receptions) being running back Saquon Barkley, with 55 catches for 343 yards this season. And we don’t have to start on the state of the offensive line. Just know it isn’t good.

Despite all of that, Jones has won more games this year than he ever had in a single season in his career, is second in the NFL in game-winning drives, and has the Giants one win away from looking up a playoff spot at 8-6-1 through 16 weeks. The quarterback doesn’t get all of the credit—Barkley’s reemergence has helped shoulder some of the load of the offense—but he deserves a lot of it. The issues with turnovers, whether they’re fumbles or interceptions, have dried up this year. He’s still not perfect, but he does have the lowest interception percentage in the league at just 1.1%. Jones also looks more confident in the pocket and has been better at making throws downfield, both on deep balls and zipping in throws into tight windows over the middle, even when facing heavy pressure.

On top of that, he and the Giants are doing a better job of taking advantage of Jones’ mobility to allow him to make plays with his arm and his legs. Jones, in turn, has done a great job of reading his opportunities and knowing when to tuck and run versus when to stick with a play to make a throw. He may not have the best weapons in the NFL, but he and his team have found ways to win.

DJ on the loose 💨

Awesome job manipulating the pocket by Daniel Jones. He's had a great first half. pic.twitter.com/cr1NxRCBoQ

The development that Jones has shown this season under Daboll in Kafka is more than tangible—it’s massive. He has thrived running the new offense in New York and certainly has earned himself at least a short-term contract for his play this year. Given how well he’s played this year, even with the lack of weapons around him and a good offensive line up front, one only can imagine how much more success the Giants might have had if the previous regime built a better roster around him.

Now that Jones has proved all that he’s capable of doing in the right system, New York, assuming it extends the fourth-year quarterback, will have the chance to build up that roster in the coming years. If Daboll, Kafka, and Jones can make this iteration of the team into a playoff contender in the league’s best division, then a better offensive line and group of skill players sure to come in the near future could soon put the rest of the NFL on notice.