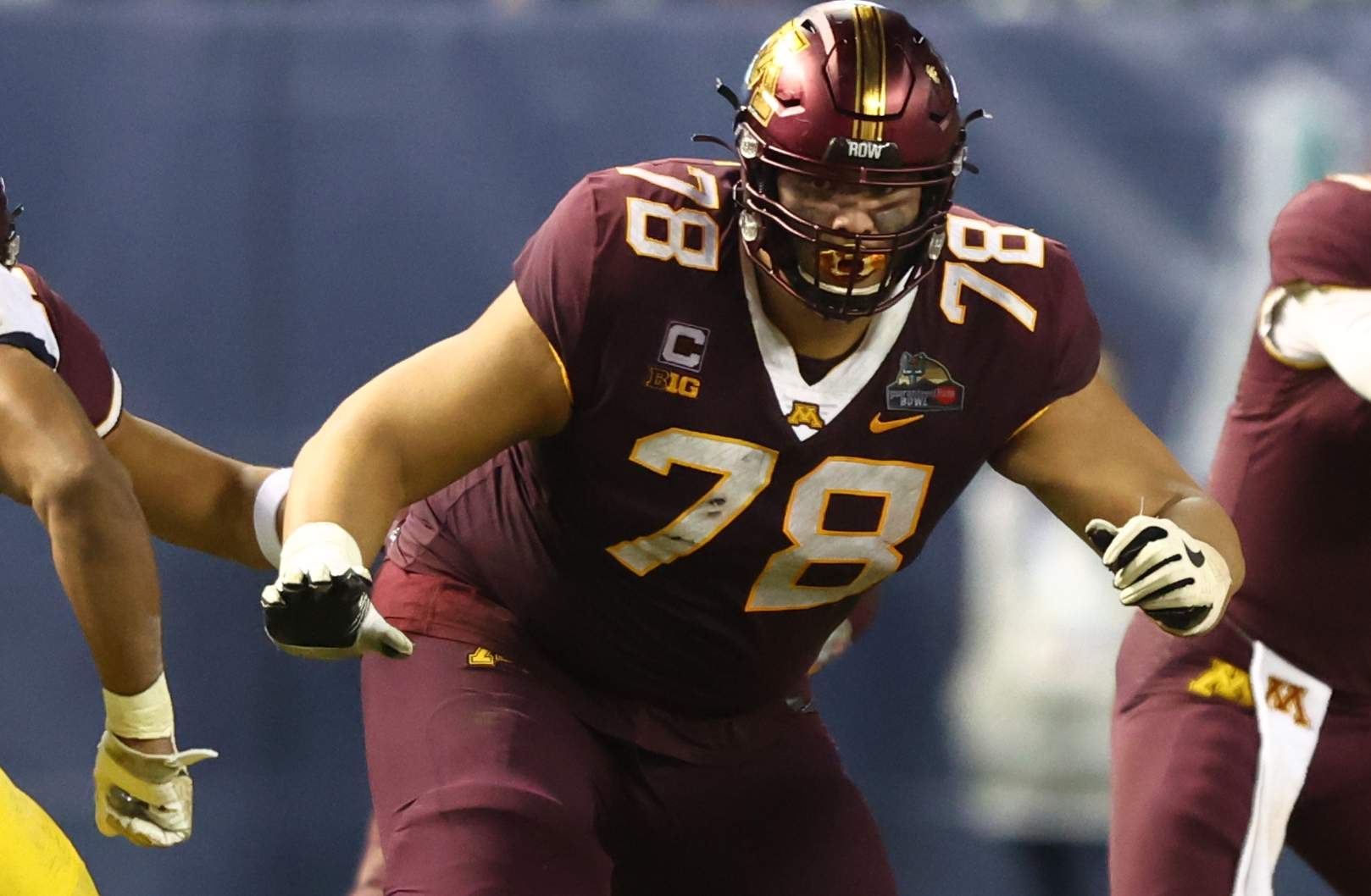 Should Packers Take Daniel Faalele In Round 1 of 2022 NFL Draft?

University of Minnesota offensive tackle Daniel Faalele is a very, very big man. He measured in at 6-foot-8 and 387 pounds at the 2022 Senior Bowl. It was a weigh-in that sounds more like what you’d expect from a professional wrestler than an NFL prospect. His 35.5-inch arms cap off what may have been the most impressive on-the-hoof performance of any prospect to ever step on the scale in Mobile, Alabama. As a result, the buzz around Faalele as a first-round prospect grew louder. To be fair, it didn’t take his eye-popping Senior Bowl weigh-in to move him into the top-32; some draft analysts like yours truly entered the all-star week with Faalele among the nation’s top prospects. https://twitter.com/BryanPerezNFL/status/1478946120877453313 And while Faalele struggled with inside counters at times during practice, he exited Senior Bowl week with the same level of respect he began it with. Check out TDN scout Joe Marino’s latest 2022 NFL Mock Draft as proof. He has the Green Bay Packers snagging Faalele with their first-round pick, No. 28 overall.

Nobody wants another drama-filled offseason from the Green Bay Packers, but regardless of whether Aaron Rodgers is back or not, there are holes to fill in this offensive line. The depth of the unit was stressed in 2021 and was simply not good enough by the end of the season.

Daniel Faalele is a literal mountain of a man with mobility for his size that doesn't make sense. He will immediately impact the Packers' run game with his ability to widen rushing lanes and is a load to get around in pass protection.

Faalele would make a ton of sense for a Packers team that’ll need to level up its pass protection in what may be the first full year of Jordan Love as the starting quarterback. He’ll need all the help he can get. https://twitter.com/BradleyGelber/status/1431675789272100864 Still, there are other directions Green Bay could go with their first-round pick that Marino certainly had to consider. For example, Oklahoma defensive lineman and 2022 Senior Bowl star, Perrion Winfrey, has elevated his draft stock into the fringe first-round range. The Packers are entering the 2022 offseason with needs along their defensive front, making Winfrey a logical target. There’s also that pesky wide receiver position that’s haunted Aaron Rodgers and the Packers for years. It’d be quite the storyline if Green Bay finally drafts a pass-catcher in the same year that Rodgers leaves town, wouldn’t it? Regardless, wide receiver remains a need area and there are several late-first-round prospects at the position who’d look good in the green and gold. Chris Olave? Jahan Dotson? Maybe Jameson Williams if he slides? At the end of the day, Faalele feels like the right pick. The Packers won’t win many games with Love at quarterback if they can’t keep him upright. While it’d be nice to land a penetrating defensive lineman or a field-flipping wide receiver, targeting a grizzly bear like Faalele in round one makes the most football sense.