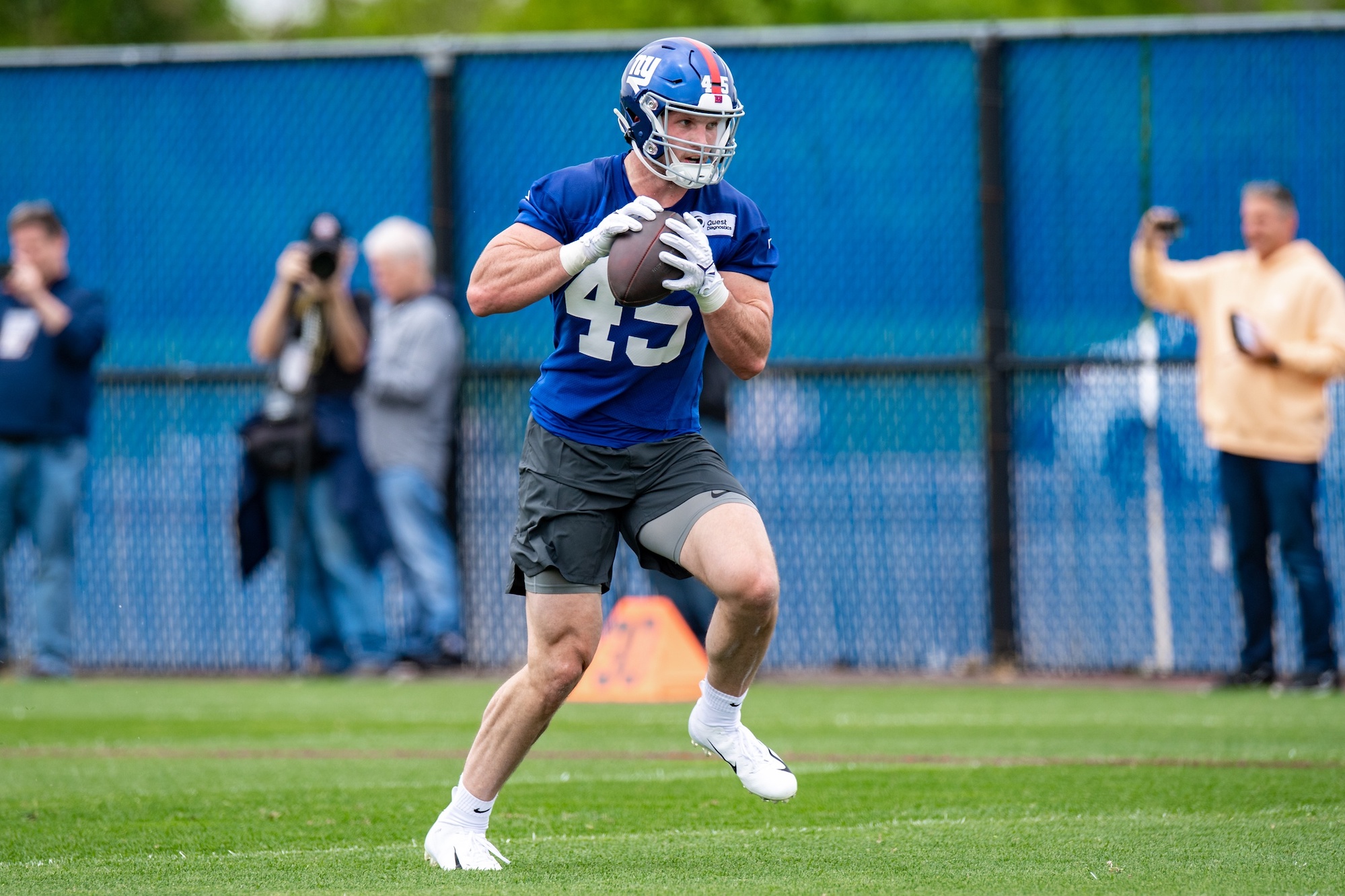 Few teams landed immediate and future star power via the 2022 NFL Draft in the manner the New York Giants did. New Giants General Manager Joe Schoen was equipped with two top-10 selections and decided to draft a pair of potential cornerstones in the trenches in Evan Neal and Kayvon Thibodeaux. The Giants are expecting an immediate return on their investments in 2022, as both Neal and Thibodeaux are expected to be Week 1 starters. While all of the focus is understandably centered around Neal and Thibodeaux, rookie tight end Daniel Bellinger is a fellow first-year player that has turned heads in recent practices. Bellinger has an opportunity to become an instant contributor in New York’s new-look offense.

Opportunity is often half the battle and Bellinger is joining a revamped tight end room that features little in the form of proven depth following the offseason departure of Evan Engram. Salary cap-related issues limited Schoen’s ability to add high-level contributors via unrestricted free agency. Prior to Bellinger’s selection, veteran journeyman Ricky Seals-Jones was penciled into New York’s No. 1 tight end role. Fellow veteran Jordan Akins and former undrafted free agent Chris Myarick help round out the position group. That’s not exactly a murderer’s row of competition for Bellinger to surpass on the depth chart.

At San Diego State, Bellinger was described as an advanced in-line blocker. The Aztecs often asked Bellinger to play as a ‘Y’ tight end while making a positive impact in the running game. San Diego State’s offensive identity somewhat limited Bellinger’s ability to stack consistent reps as a pass-catcher. Bellinger recorded just 31 receptions for 357 yards and two touchdowns as a senior in 2021.

Bellinger now enters the league with some untapped potential in the receiving game. He turned heads at the NFL Scouting Combine by running the 40-yard dash in 4.63 seconds, which is an elite time for his position. Bellinger further impressed throughout athletic testing by running the three-cone in 7.05 seconds and having a 125-inch broad jump. Bellinger has the type of elusive speed and quickness to quickly develop into a more productive receiver in the pros than he was in college.

In addition to the lack of quality competition, another aspect of Bellinger’s landing spot that leans favorably in his direction is the coaching staff. New Giants Head Coach Brian Daboll is an offensive-minded leader with an intriguing track record of developing tight ends. Daboll was the offensive coordinator in Buffalo when the Bills drafted Dawson Knox with a third-round selection in the 2019 NFL Draft. Knox entered the NFL as more of a moldable piece of clay than a game-ready prospect. Knox has developed into a quality starting tight end under Daboll’s tutelage. Knox experienced an expected learning curve throughout his first two professional seasons but broke out of his shell in 2021 by recording career-highs in receptions (49), receiving yards (587), and touchdowns (nine).

Daboll also has a history of coaching tight ends, serving as New England’s tight ends position coach under Bill Belichick from 2013-2016. Daboll brings a quality staff with him to New York that includes on-the-rise offensive coordinator Mike Kafka and tight ends coach Andy Bischoff, who previously coached Mark Andrews, Hayden Hurst, and Maxx Williams. It’s a situation that places Bellinger in an environment well suited for him to quickly thrive and develop.

The Giants are entering a crucial evaluation season across several positions. How their 2022 campaign ultimately unfolds will help Schoen and Daboll shape the future direction of the Giants franchise, particularly on the offensive side. There are currently many unanswered questions at tight end as neither Seals-Jones nor Akins qualify as a viable long-term solution. Bellinger should receive every opportunity imaginable to establish himself as a critical piece of New York’s new-look offensive identity.