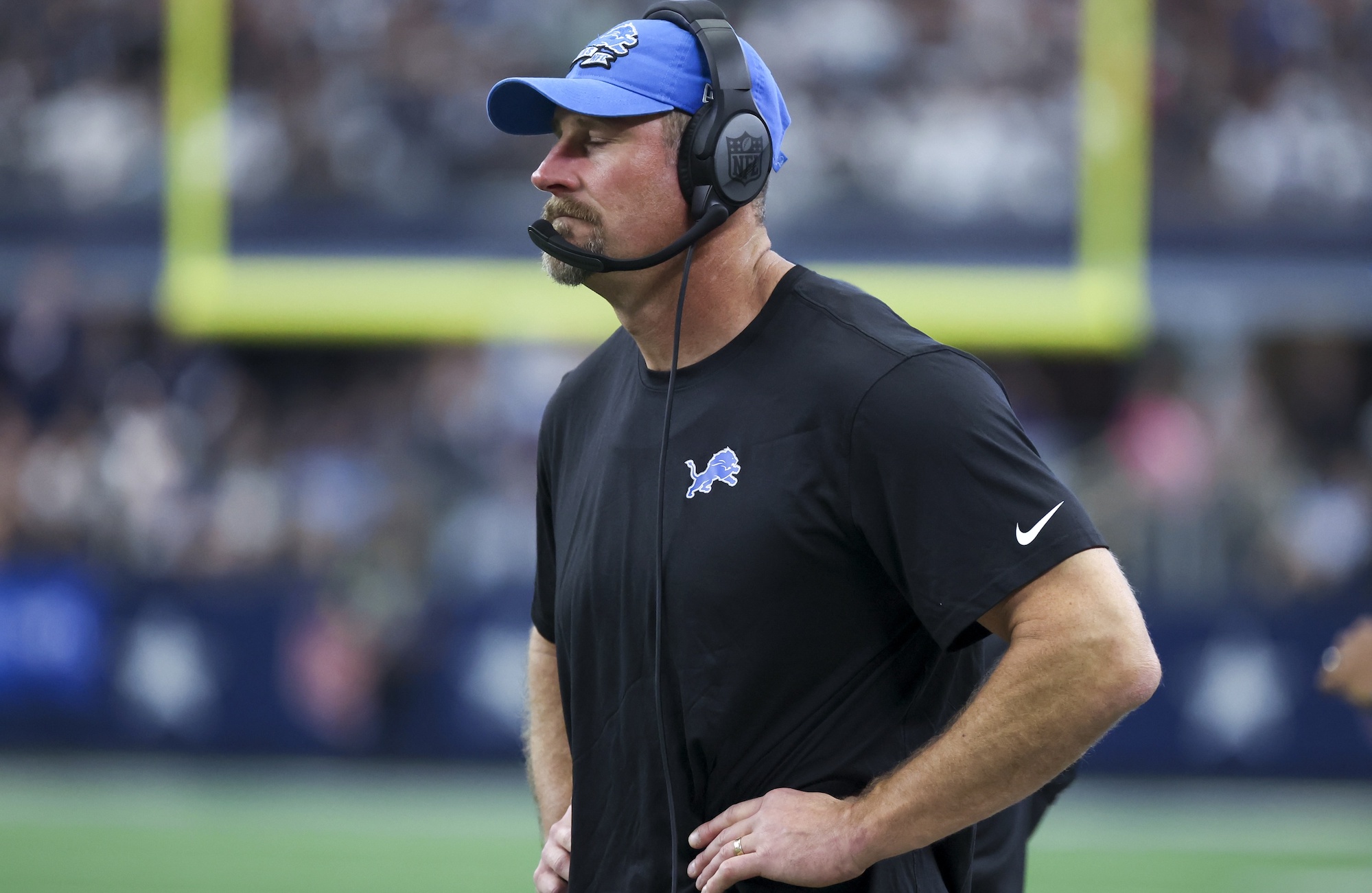 Should Dan Campbell Be On The Hot Seat?

Despite two blowout losses and a 1-5 record to begin the 2022 season, Dan Campbell’s job as head coach of the Detroit Lions should not be in jeopardy as of right now.

In order to understand the case for keeping Campbell, we must contextualize the season the Lions were expected to have coming into 2022. The new front office has done an excellent job of trimming the fat on the roster accumulated under former head coach Matt Patricia. They have infused the team with young talent in the form of cornerstone players such as Penei Sewell, Amon-Ra St. Brown, and Aidan Hutchinson in the first two Brad Holmes-era drafts to go along with Patricia-era holdovers such as D’Andre Swift, Jonah Jackson, and T.J. Hockenson to build a promising young core.

These players, mixed with veterans such as Taylor Decker and Frank Ragnow have created the outline of a solid roster in Detroit. Its strength lies offensively, with a mauling offensive line and young playmakers at running back, wide receiver (including Jameson Williams, who has yet to debut), and tight end. Jared Goff is the quintessential bridge quarterback; just good enough to evaluate the rest of the talent on the roster, but probably not good enough to elevate it. However, the rest of the roster is not strong enough to compete; Detroit probably needs another offseason to build the defense out.

The results for Detroit are telling a similar story: this team was carried by a strong offense and weighed down by an overmatched defense. Before their blowout losses to New England and Dallas, Detroit’s offense had been performing at an elite level, averaging 35 points per game over the first month of the season. Failures on the defensive side of the ball caused them to get off to a 1-3 start.

The Lions did a good job of playing the first month of their schedule tough, even amidst the losses. As Campbell himself said, had a couple of bounces gone their way in games against the Minnesota Vikings and Seattle Seahawks, they could have emerged from that stretch 3-1.

Detroit’s tough luck losses over the first month of the season tell a similar story to some of their games in 2021, including a loss coming off of Justin Tucker’s record-setting 66-yard field goal in Week 3 and a grisly tie in Pittsburgh. Detroit finished the season 3-13-1 but had a Pythagorean win expectation (taking into account points scored and points allowed) of 5.1. For this reason, Campbell’s career 4-18-1 coaching record does not tell the full picture of his tenure as Detroit’s head coach.

While Detroit’s strong start offensively showed promise, their lack of punch over the past two games is noteworthy. They have managed a combined six points against the Cowboys and Patriots. Part of this can be attributed to injuries, as almost all of their starting skill position players were listed on the injury report and either didn’t play (Swift, D.J. Chark) or were limited (St. Brown, Josh Reynolds) against the Patriots. Swift remained out against Dallas, while St. Brown was forced to bow out due to the NFL’s new concussion protocols.

Campbell’s critics point to his questionable game management decisions, namely in Detroit’s loss to Minnesota this season, as a reason why he should be under more scrutiny. However, Campbell’s game management last year actually ranked among the most analytically sound in the NFL, when looking at fourth-down decision-making:

Campbell and Holmes were brought together to see through a multiyear rebuilding operation. This is only year two of said operation, but the team has a clear path forward. The Lions have arguably the cushiest infrastructure in the NFL to drop a young quarterback into, armed with elite, cost-controlled offensive weapons and linemen. Detroit must also rebuild its defense from the ground up, where they have few building blocks (Aidan Hutchinson, Jeff Okudah, and not much else) as of now. To dismiss Campbell before giving him a chance to succeed by seeing the plan through would be unfair. He has shown solid head coaching qualities and has developed a strong staff, led by offensive coordinator Ben Johnson. Campbell deserves a chance to see the rebuild’s full vision through at least next season.