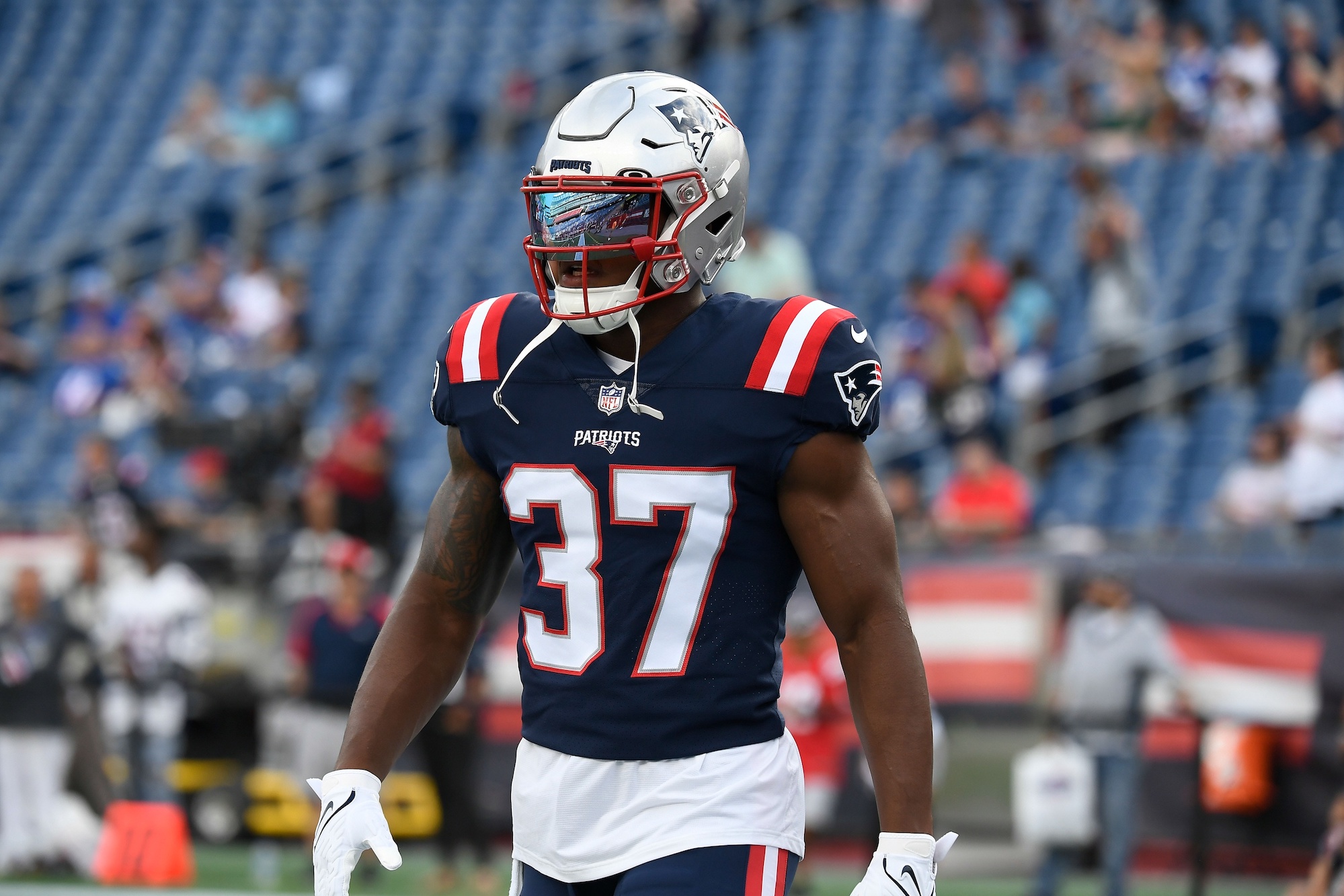 3 Teams That Should Trade For Damien Harris

New England Patriots running back Damien Harris is losing influence in the offense to Rhamondre Stevenson. Stevenson took full advantage of Harris’ short stint on the sidelines and Stevenson has totaled 364 rushing yards and three touchdowns across his previous three appearances. Meanwhile, Harris has totaled seven rushing attempts in his last games. He averaged under 3.0 yards per carry in both showings.

Stevenson may serve as New England’s workhorse going forward. Harris finds himself in the midst of a contract year. He’s being severely underpaid in 2022 at a base salary under $1 million, per Spotrac. Harris is unlikely to land a second contract in New England due to Stevenson’s presence. Harris’ future hangs in the balance. It adds intrigue to the impending NFL trade deadline (Nov. 1).

The Eagles are the most aggressive franchise in the NFL. Offseason deals that landed the Eagles superstars such as A.J. Brown and Chauncey Gardner-Johnson have helped catapult them to a perfect 6-0 record. General manager Howie Roseman remained aggressive by acquiring Bears pass rusher Robert Quinn on Wednesday. Why stop now?

Philadelphia’s offense operates around their ability to effectively run the football. Dual-threat quarterback Jalen Hurts is a major contributor. Miles Sanders leads all Eagles rushers with 485 yards through six appearances. Boston Scott and Kenneth Gainwell have combined for just 39 carries. Sanders has struggled with injury in the past and belongs in a timeshare as opposed to serving as a workhorse. Harris would add some much-needed insurance to the teeth of Nick Sirianni’s offense.

Despite all their wheeling and dealing, the Eagles are still armed with six selections in the 2023 NFL Draft. Those selections include two first-round picks, one of which originally belonged to the 2-5 New Orleans Saints. The Patriots may settle for a day-three selection in exchange for Harris given his expiring contract. The Eagles possess the ammo necessary to acquire Harris.

Hear me out. I want to continue watching rookie ball-carrier Ken Walker III ball out as much as the next person. Walker has been excellent since Rashaad Penny went down with a season-ending injury. Walker exploded for 167 yards and two touchdowns in Sunday’s victory over the Los Angeles Chargers. The former Michigan State product has rushed for four touchdowns in his latest three appearances. Walker currently leads the league in rushing yards over expected, per Next Gen Stats. So why acquire Harris?

The surging 4-3 Seahawks appear postseason bound. The injury to Penny robbed the Seahawks of an offensive vision that paired Walker and Penny together in a timeshare. Deejay Dallas has earned just 12 carries this season.

In 2021, the Seahawks’ two leading rushers finished with 119 and 108 carries respectively. Seahawks head coach Pete Carroll has always held an appreciation for between-the-tackles runners a la Harris. Acquiring Harris would upgrade Seattle’s rushing attack as they prepare to make a valiant push to the playoffs.

The Rams are averaging a pathetic 70.5 rushing yards per contest. It’s a pedestrian number that ranks their rushing attack 31st in the league. Only the Tampa Bay Buccaneers (64.4/game) are more inept at running the football. The Rams are preparing to welcome back rookie ball-carrier Kyren Williams after recently triggering his 21-day practice window off IR. But will Sean McVay trust Williams to lead their struggling backfield? The answer has yet to be revealed.

Cam Akers is awaiting a solution to his philosophical-related differences with the Rams. Akers has likely played his last down in Los Angeles and is expected to be traded or released shortly. Darrell Henderson Jr. isn’t equipped to spearhead Los Angeles’ rushing attack by his lonesome. The Rams remain in the hunt for the NFC West division title. Acquiring Harris could help them leapfrog their competitors.