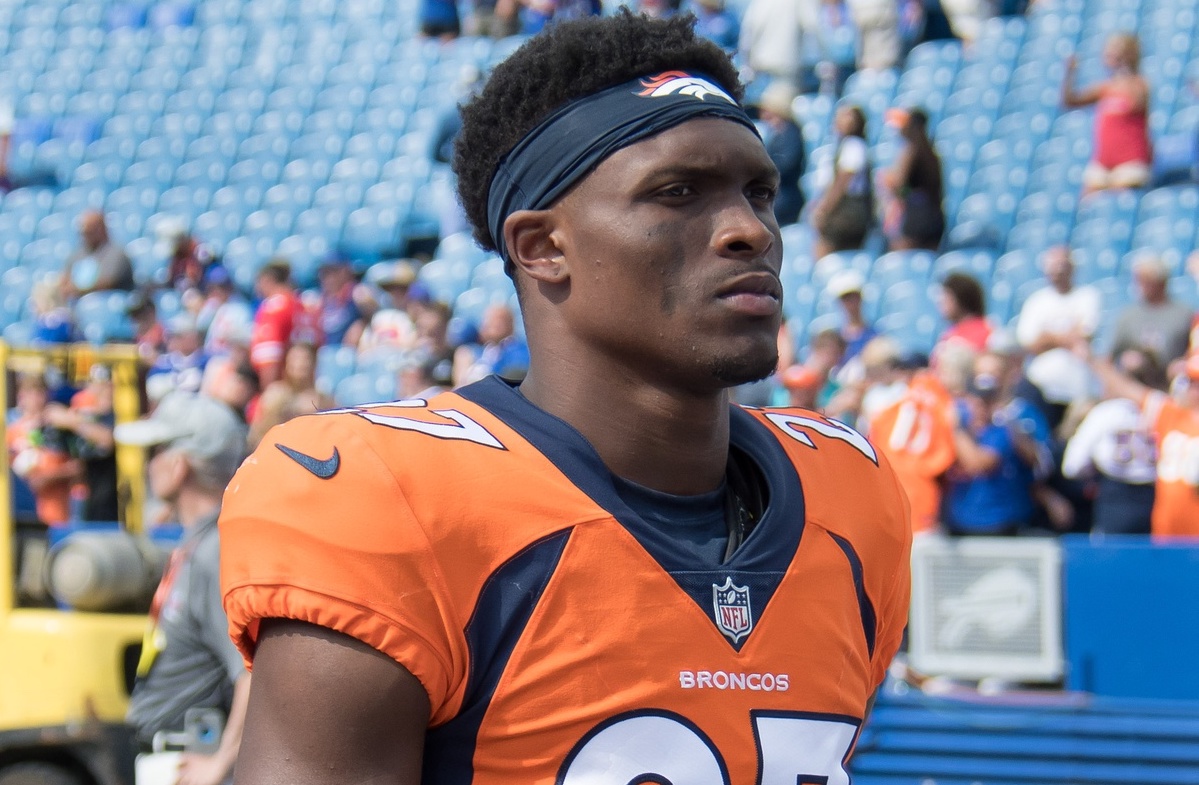 The Denver Broncos lost an overtime heartbreaker to their division rival Las Vegas Raiders on Sunday. Somewhat forgotten in the disappointment was the play of rookie cornerback Damarri Mathis. Mathis recorded a season-high eight tackles (seven solo) and enjoyed several standout moments in coverage. Mathis is beginning to develop into a legitimate contributor for the Broncos’ excellent defense.

The No. 115 overall selection in the 2022 NFL Draft, Mathis made one of Denver’s biggest defensive plays of the game. Raiders receiver Davante Adams got behind Broncos safety Justin Simmons on a third-quarter deep ball attempt. Mathis recovered to bail out his teammate and record a crucial pass breakup. The Raiders were forced to punt on the ensuing play. It was one of Derek Carr’s few incompletions when targeting Adams, who eventually scored the walk-off touchdown.

DAVANTE ADAMS FOR THE WIN 😱

Mathis has flashed the desired improvement throughout what’s been a rollercoaster of a debut season. Mathis first earned considerable playing time in an uneventful Week 5 loss to the Indianapolis Colts. He didn’t enjoy himself. Mathis was credited with allowing nine receptions on nine targets, per Pro Football Focus. Mathis also missed four tackles. Mathis allowed a combined 11 receptions on 15 targets in the following two contests. The growing pains were evident, but the lightbulb has turned on for Mathis, who’s completely flipped its season on its head.

Mathis caught the attention of NFL decision-makers with a terrific senior season as a Pitt Panther in 2021. Mathis recorded career highs in tackles (43), interceptions (2), and defensive touchdowns (1) last season. Mathis departed the program with 18 career pass breakups under his belt. He’s already flashed that knack for getting his hands on the football in the professional ranks.

Following a strong 2021 campaign, Mathis then went to the Senior Bowl and continued to turn heads. A former South Carolina commit, Mathis’ physical and aggressive demeanor routinely captured the attention of NFL coaches, scouts, and general managers in Mobile. The Broncos saw enough to spend a fourth-round selection on Mathis’ services. They don’t regret their decision.

Mathis may be auditioning for an even larger role next season. The Broncos can save approximately $10 million against next season’s salary cap by releasing fellow cornerback Ronald Darby this offseason, per Spotrac. Darby began the campaign in solid fashion but suffered a season-ending torn ACL injury in Week 5. Darby now faces a long road to recovery. He’ll also be 29 years old and expensive in 2023. Should Darby be released or traded, Mathis may find himself in a full-time starting role on the boundary opposite the shutdown Pat Surtain II. Mathis’ current form is making the cornerback position less of a potential offseason need for the Broncos.

The 3-7 Broncos don’t have much to celebrate. Their ultra-disappointing campaign is heading towards a hapless fourth-place finish in the AFC West. Mathis’ steady improvement is a bright spot that deserves recognition nonetheless.