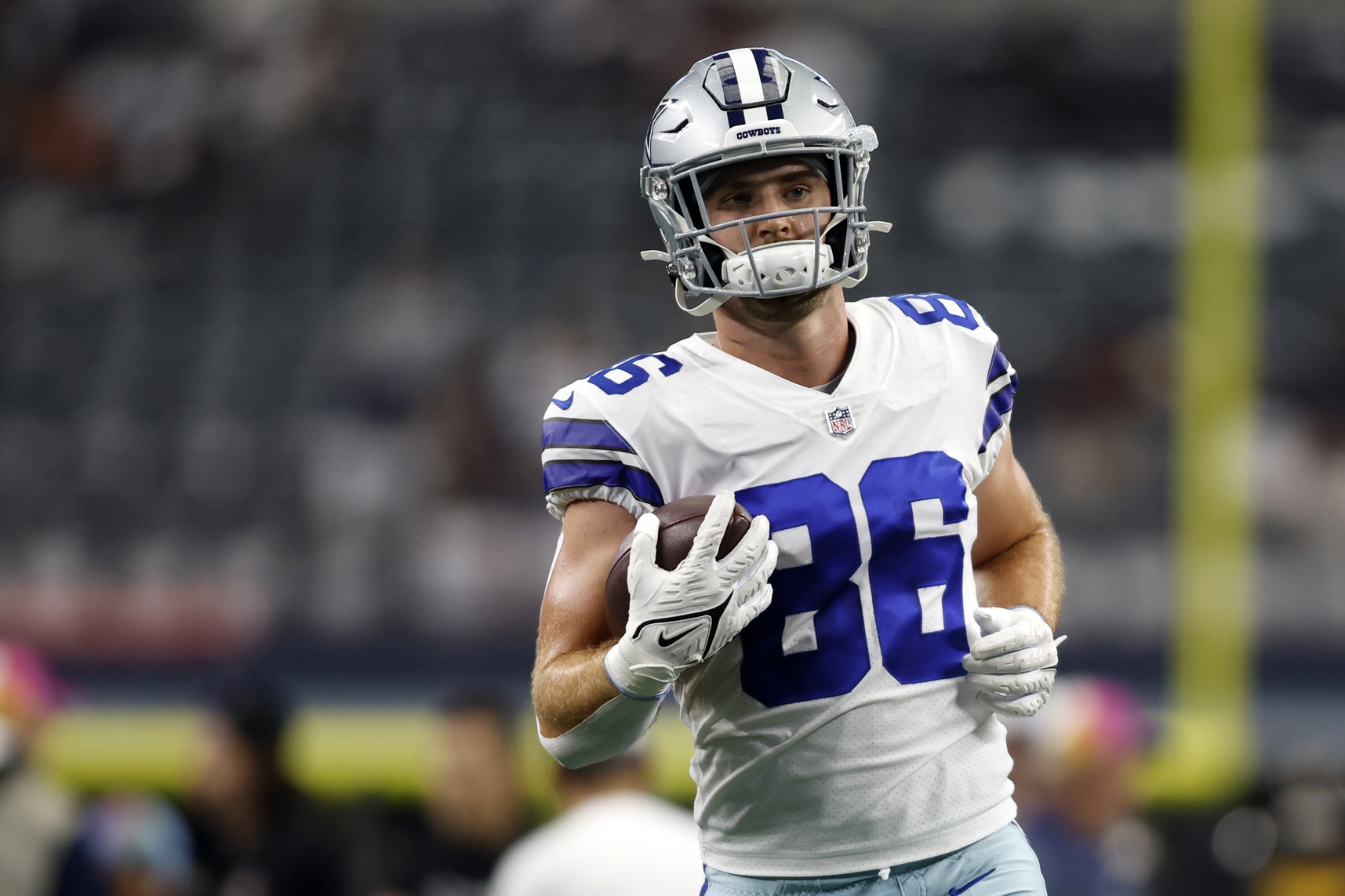 Dallas Cowboys starting tight end Dalton Schultz re-aggravated his sprained PCL injury in a Week 5 victory over the Los Angeles Rams, according to multiple reports. Schultz originally suffered the injury in Week 2 and missed Dallas’ next contest before returning in Week 4.

All indications are that Schultz will continue playing through the knee injury. The Cowboys should reevaluate that decision and allow Schultz to sit and rest for a week or two. Rookie tight ends Jake Ferguson and Peyton Hendershot are capable of carrying the load in Schultz’s absence.

Schultz played just two handfuls of snaps against the Rams before departing with the injury. Hendershot wound up leading all Cowboys tight ends in snaps with 37, which accounted for 67% of the Cowboys’ offensive plays. It’s easy to understand why the Cowboys’ coaching staff slightly favored Hendershot as opposed to Ferguson. Hendershot, an undrafted rookie free agent out of Indiana, is more of a like-for-like replacement for Schultz as a movable tight end and receiving target first and foremost.

Hendershot has hauled in all three of his targets this season for three receptions and 43 receiving yards. He’s averaging a chain-moving 14.3 yards per reception. Hendershot owns an impressive passer rating of 118.8 when targeted, via Pro Football Focus, and he’s creating for himself post-catch by averaging 8.7 yards after catch per reception. Hendershot would thrive as a passing game weapon if he’s afforded a start in Schultz’s place.

Ferguson was also involved against the Rams. He totaled 35 offensive snaps (64%). The No. 129 overall selection in the 2022 NFL Draft, Ferguson possesses a different skill set from Hendershot, which makes them an ideal one-two punch. Ferguson is more of a Y tight end with practical applications in both 11 and 12 personnel groupings. Ferguson’s blocking abilities are a big reason why the Cowboys gained 163 net rushing yards in Sunday’s win over the Rams. Tony Pollard ran for 86 yards while Ezekiel Elliott gained 78 yards. Ferguson helped create rushing lanes for Dallas’ backfield duo.

Cowboys head coach Mike McCarthy and offensive coordinator Kellen Moore should have confidence in Hendershot and Ferguson. As a tandem, they’re fully capable of momentarily replacing what Schultz brings to the table. The Cowboys shouldn’t rush Schultz back.

It’s worth acknowledging the Cowboys are entering a difficult stretch. Sunday’s primetime showdown with their NFC East rival Philadelphia Eagles looms large. The 5-0 Eagles are the league’s lone undefeated squad. A statement victory would catapult the Cowboys to first place in the division. It adds incentive to rush Schultz’s return to play, but the Cowboys should take a cautious approach, similar to the strategy they’ve employed with franchise quarterback Dak Prescott.

Schultz is currently playing on the franchise tag and has his own long-term interests to protect as well. The one-year tag is paying Schultz a fully-guaranteed $10.931 million this season. Schultz and his representation will be aiming to sign a lucrative multi-year contract in the offseason. Ensuring he’s healthy and productive would provide Schultz with his best opportunity to gain power throughout his impending negotiations. Attempting to play through injury may hinder him.

Schultz is undeniably one of Dallas’ most important offensive players. The Cowboys appear destined for the postseason. They’ll need an available Schultz to achieve their goals. Briefly shutting down Schultz while allowing Hendershot and Ferguson to shine in larger roles would represent the appropriate decision.